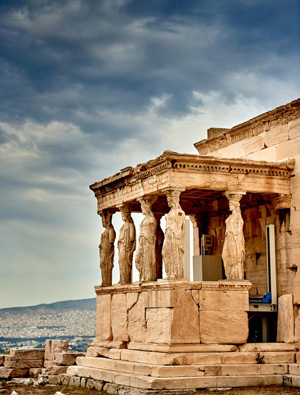 Religious morality in Western civilization — Part I: The twin pillars of the West

In the course and development of Western culture, the Judeo-Christian and the Graeco-Roman heritages became inextricably entwined becoming the twin pillars of Western civilization that have withstood the test of time. With the Hebrew experience, the Ten Commandments, the Old Testament, man was seen as having free will and having the capacity to do good or evil — i.e., develop moral conduct, for which he would be rewarded or punished in the afterlife.

Christianity and the New Testament came almost a millennium later. The resulting Judeo-Christian morality formulated a code of moral conduct to preserve order in society and cement the fellowship of men. Constantine the Great (reigned A.D. 306–337) and his successors made Christianity and Christian religious morality the order of the day in the Roman Empire. The Graeco-Roman pillar stemmed from the natural philosophers of ancient Greece in the 6th century B.C. But it was not cemented, as far as moral conduct and ethics, until the advent of Socrates (469–399 B.C.), Plato (427–347 B.C.), and Aristotle (384–322 B.C.).

In his Ethics, Aristotle stressed that human action and ethics seek moral goodness — i.e., justice, temperance, courage, moderation, self-control, etc. — and the source of these moral virtues was God, eternal and immutable, the Prime Mover, who gave order to all things and was the Final Cause, the reason and purpose for existence. For Plato, God was transcendent, the highest intelligence, who can punish those who performed wicked actions in this life. Death in the good man unites him with God and the universe. Thus, St. Augustine was able to reconcile Plato with Christian dogma (even crediting Neo-Platonism with facilitating his own spiritual journey toward Christianity), while St. Thomas Aquinas reconciled Aristotle to Christianity in a momentous step in Western philosophy and Christian morality and ethics.

Without the support of religion and our churches, crime and mayhem in society would increase, giving the State the reason (or excuse) to step in to fight the lawlessness  — ominous steps that frequently end up restricting freedom and creating tyranny. Agent provocateurs have purposely elicited violence, instigating government reprisals throughout history that predictably result in assaults on liberty and propitiating the imposition of tyranny as we witnessed in the 20th century.

Horrible crimes were committed in war and peace in the name of religion, but much of this evil was committed by “brutish individuals lacking self-control,” acting on their own, doing evil for their own sake — although institutions or governments may be erroneously blamed. The Church has erred, and religious inquisitions and wars conducted on her behalf have been repeatedly condemned without judging by the standards or the circumstances of the times. Nevertheless, religious institutions that survive the test of time, survive because in the balance of human experience they are found to be of net benefit to mankind. Such is the case with the Christian churches and temples of various other sects — and the Judeo-Christian ethics of the West.

Modern angst and anxiety aside, faith and religion provide an invisible support to the moral code, encourage discipline, and promote civility. Endless and pointless theological questions and arguments are intended to undermine the faith of others, not in seeking answers (or truth), because questions of faith are not answerable by rational analysis, and certainly not amenable to the scientific method.