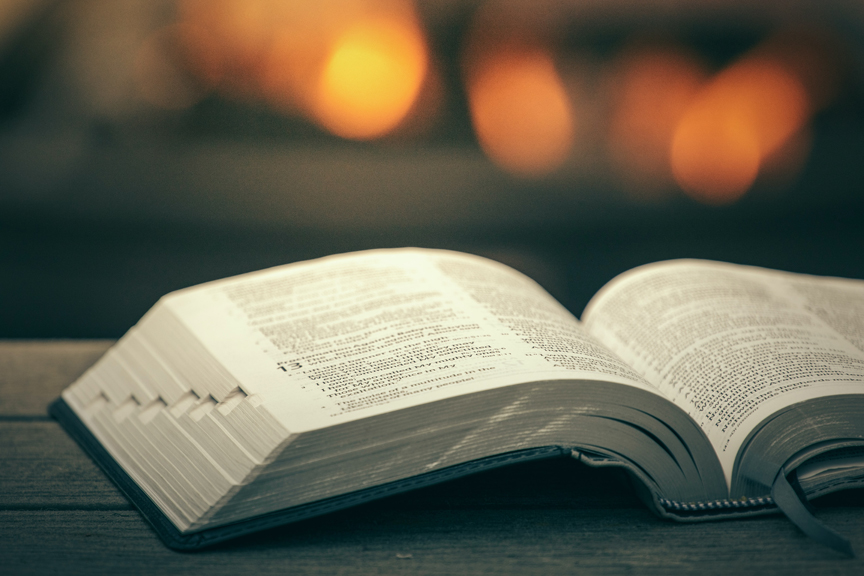 One of the most satisfying things I experience when reading the Bible is how the wisdom Jesus shared with us from His Father has had such continuous profound relevance in our lives. In discussing with a young man various aspect of Biblical wisdom, I warned him that one of the mistakes those who possessed his immense enthusiasm for Scripture was to not relate this wisdom to contemporary events and life situations. He wanted to withdraw from the secular world and confine himself to Bible study. I demonstrated to him that Jesus told his disciples that while they were not of the world, they had to live in the world and therefore had to deal with all of its realities.

He further warned them that to do this would mean they must always keep the wisdom He was sharing with them in their hearts and not join the world in its sins. I suggested to my young student that he must learn and keep up with contemporary events and recognize the evil in society when it occurs.

The more one reads scripture the more one sees the eternal applications of this wisdom as regards real life events. I have been deeply involved in analyzing the crisis of Covid-related draconian measures and all of their ramifications and implications. In reading some passages in Acts I came upon something that had profound relevance as regards the controllers’ methods.

During the intensely manipulated Covid “crisis,” those controlling the response to this event instituted a virtual war on free speech as regards contrary opinions and even common-sense questions concerning the responses being implemented, such as forced mask wearing, “social distancing,” lockdowns, and finally mandated vaccinations. Everyone, even highly trained scientists, expert physicians, and other medical personnel were expected to follow orders without question or comment. To do so in a manner that in any way was contrary to the instructions handed down from above was to unleash the wrath of the legal system and controlling medical boards.

Those who dared question these draconian methods were subject to shaming, doxing, fines, and in some cases jail sentences. For medical personnel, this often meant a loss of license and hospital privileges, which could be financially devastating. A poll among Democratic Congressmen strongly supported prison terms for those who refuse to take the proposed vaccine or dare to speak out against them. Proposals were even made to have Homeland Security collect names of “vaccine dissidents” so they could be labeled as “domestic terrorists.”

Acts 3:11 describes for us one of Jesus’ many incredible miracles, in this case, the instant, complete healing of a man crippled from birth. Because of these miracles and his Godly wisdom, he had collected a rather huge following, which greatly concerned the rulers of the Sanhedrin, fearing a loss of their power to control a society of Jewish believers.

We learn of their response to these events in Acts 4:13, where we are told that “Now when they saw the boldness of Peter and John, and perceived that they were uneducated and untrained men, they marveled. And they realized that these disciples had been with Jesus.” They were not concerned because Jesus was teaching them things that were challenging accepted scripture, but because prior to Jesus’ arrival, men accepted the view that teachers had to be trained by the anointed teachers within the control of the Sanhedrin.

Furthermore we are told, “And seeing the man who had been healed standing with them, they could say nothing against it.” This indicates that they fully recognized that Jesus was able to perform a miracle never before seen anywhere by anyone—that is, the instantaneous healing of a man cripple from birth. They knew that the crowds following Jesus recognized his unique power, not just in healing the incurable but also in the immense wisdom of His words, and this frightened them. Ruling elites fear the masses.

In response to these assaults on their power the members of the Sanhedrin held a secret meeting of the elders to decide how to handle this interloper and His associates. As they conferred among themselves, they came to several conclusions, all of which had one goal—to silence all opposition to their teaching and in particular their control of the Pharisee system.

We are told that among the statements of note was this admission that Jesus was indeed unique. One of the Sanhedrin elite states:

For indeed that a notable miracle has been done through them is evident to all who dwell in Jerusalem, and we cannot deny it. But so that it spreads no further among the people, let us severely threaten them, that from now on they speak to no man in this name.

The Apostles were called before them and told “not to speak at all nor teach in the name of Jesus.” Peter and John, we are informed, answered them and said, “Whether it is right in the sight of God to listen to you more than God is for you to judge. For we cannot but speak the things we have seen and heard.” This is exactly the type of response coming from those who are speaking the truth concerning this manufactured “pandemic.” The truth tellers feel compelled to speak what they have experienced themselves and what they know to be true and that scares the daylights out of the controllers.

On leaving the Sanhedrin, Peter and John reported to their followers what the Chief Priest and elders had told them. Then they addressed God in prayer saying, “Now, Lord, look on their threats and grant Your servants that with all boldness they may speak your word.” We are told that God wanted them to speak out boldly concerning the truth and not yield to threats. In today’s crisis, lives are at stake, especially as regards the “vaccines.” Worse, these purveyors of evil are seeking to destroy the lives of small children and even babies—born and unborn.

While the following passage is not only concerned with earthly things but it also applies to the Covid-19 pandemic disaster, specifically the totalitarian response to any criticism that we are experiencing today. Paul says:

I charge you therefore before God and the Lord Jesus Christ, who will judge the living and the dead at His appearing and His kingdom: Preach the word! Be ready in season and out of season. Convince, rebuke, exhort, with all long suffering and teaching. For the time will come when they will not endure sound doctrine, but according to their own desires, because they have itching ears, they will heap up for themselves teachers; and they will turn their ears away from the truth, and be turned aside to fables. But you, be watchful in all things, endure afflictions, do the work of an evangelist, fulfill our ministry.

Paul ends this section saying of himself, “I have fought the good fight, I have finished the race, I have kept the faith.”

How many of us can say we have fought the good fight, we have finished the race, and have kept the faith? Those who have will have saved not only many lives but also their souls.

This article can be cited as: Blaylock RL. Relating Scripture to the Covid Pandemic. HaciendaPublishing.com, March 11, 2022. Available from: https://haciendapublishing.com/relating-scripture-to-the-covid-pandemic-by-russell-l-blaylock-md/.