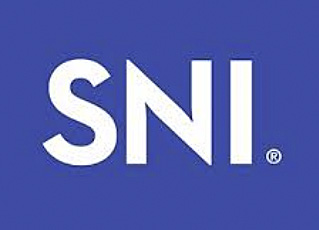 Press Release: America, Guns and Freedom and Shooting Rampages, Mental Health and the Sensationalization of Violence

Surgical Neurology International publishes a two-part series entitled “America, Guns, and Freedom: A Recapitulation of Liberty” and “Shooting Rampages, Mental Health, and the Sensationalization of Violence.”

As the issue of gun control heats up across the nation, Surgical Neurology International (SNI) offers an objective point of view from a highly-respected retired neurosurgeon and medical historian, Dr. Miguel A. Faria. In a published two-part series, Faria says “As neurosurgeons, we can be compassionate and still be honest and have the moral courage to pursue the truth and find viable  solutions through the use of sound, scholarly research in the area of guns and violence.” Faria, who immigrated to the United States from Cuba, provides his analysis from the point of view of someone who has seen first-hand the effects of a dictatorship and the loss of freedom. Faria goes on to say “As neurosurgeons, we have an obligation to reach our conclusions based on objective data and scientific information rather than on ideology, emotionalism or partisan politics.”

The two-part series can be found at the following URLs. PDF files can be downloaded free for each installment.

Following his analysis, Faria concludes that more gun control is not the answer to this daunting crisis of public safety. “Nations that trust their citizens with firearms have governments that sustain liberty,” says Faria. “Most recent shooting incidents represent overt failures in the criminal justice or the mental health system, rather than a problem with “too many guns” in the hands of law-abiding citizens.”

In his most recent article,  Faria goes on to discuss the problem of rampage shootings and its association with a deficient mental health system in which patients fall to the cracks, if they are evaluated at all! He also discusses the problems of violence in popular culture and its sensationalization by the mass media in a society which seems to be rudderless, unable to balance technological advances with ethics in the information age.

This article can be found at the following URL. PDF files can be downloaded free for each installment.

Faria’s analysis is a welcome addition to today’s debate. We consider this an important issue, not only in the U.S.A. but worldwide, and that is why we have dedicated these 3 recent articles to the topic.

About SNI: Surgical Neurology International is an open access, Internet-only journal that rapidly publishes the latest developments in the field of neurosurgery and related clinical and basic neurosciences. SNI will also discuss timely and controversial clinical, social, ethical, and political subjects related to the neurosciences of its readers worldwide.