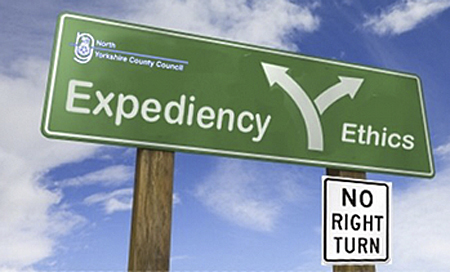 In July 2018, Dr. Jim Ausman, Founder and Editor Emeritus of Surgical Neurology International (SNI) had an interesting conversation with a world renown medical politician, who we will call Dr. Propriety to protect his identity. The doctor had submitted a medical article for publication in SNI, which had been accepted for publication but required revisions done by Dr. Nancy Epstein, the Editor-in-Chief of SNI. Meantime, during revisions, Dr. Ausman wrote him a letter clarifying the editorial work in SNI and its unique position in medical journalism. In the end, Dr Propriety, who worked for a global section of organized medicine, declined to have his article published. Not only that, but he declined an invitation to join the SNI editorial board that Dr. Ausman had kindly extended him given Dr. Propriety’s knowledge and position in directing global health. Dr Propriety had pragmatic and political concerns and one may say did not want to rock the boat. This interesting correspondence is the subject of this article-conversation piece. — Miguel A. Faria, MD, Editor-in-Chief, President, Haciendapublishing.com

Dear Dr. Epstein,
Many thanks for your efforts with this manuscript. However, after careful consideration I feel it is best to request withdrawal of the manuscript at this time. We look forward to contributing to SNI in the future. With best wishes, — Dr. Propriety
_______________________

Dear Dr. P,
It bothers me that someone of your caliber has to write to us about the status and acceptance of your paper… The state of economic affairs in many countries around the world is a disaster with borrowing way beyond any country’s ability to pay. Something needs to be done regarding fiscal restraint. I’ve written a paper that covers what I think will be the seminal issues in the future of Medicine worldwide. Perhaps you might enjoy my most recent paper on this subject. In the meantime I would like to invite you to join the Editorial Board of SNI in the section of Socio-Economic and Politics. Looking forward to your response,  — Dr. Jim I. Ausman
_______________________

Dear Jim,
Thank you for your kind invitation to the Socio-Economic and Political desk on the board of SNI; I’m honored. Unfortunately, I am unable to at the present time for two reasons:

1.  As you know, organized medicine at the global level is understaffed and underfunded. This position is no different, and I am literally doing about three individual’s work. So my bandwidth just can’t be stretched any tighter.

2.  This organization is a political beast that demands diplomacy under all circumstances — I have to be diplomatic, even though this at times shields the actual truth from being told. [Emphasis added]. There is no chance this place would allow me to be involved in political issues, even simply editing or referring manuscripts, as I might offend a Member State by allowing a politically incorrect manuscript [to be published], etc. It is impossible to take off the global hat while I am employed here. Thanks again, and hope to run into you in Palm Springs one of these days. With best wishes, — Dr. P
_______________________

Dear Dr. P,
I understand your position which is probably why I would never take it. SNI has always stood for the TRUTH regardless of where it takes us, which differentiates it from all other neurosurgical and probably most journals. We have published landmark science papers on the role of inflammation on diseases, Autism Spectrum Disorders and Chronic Traumatic Encephalopathy, and Head-Body Transplantation, which were all refused by other outlets because they were controversial. However, time is showing that they are leading the way into Medicine of the 21st century and will be the foundation of many advances in science.

As you may know we also publish editorials and essays on socio-economic and political issues. Compared with the Leftist orientation of the Lancet and the NEJM and JAMA, SNI tells the sides of the stories that are never heard. Dr. Miguel Faria, one of our editors, is a world leader in factual investigation into the evidence for and against gun control, which is basically a ruse to disarm and take power from the people and place it in the hands of government. There is abundant evidence that arming citizens will stop many crimes, but these facts are never published. Miguel is publishing a book on this subject shortly. He also wrote the leading article on the cause of Stalin’s death and through a detailed forensic evaluation of the information available concluded it was carried out by his closest associates with warfarin poisoning causing an intracerebral hemorrhage. Doubtless, some people may not like that story.

SNI has also published information indicating that the politicization of the CDC and the public health establishment’s work is corrupted so that only one side of the issue reaches the world. This is a travesty of the highest order in science and shows how politics and science do not mix and how politics can be corrupted for the benefit of the government.

I was briefly part of the first surgical RCT on EC-IC bypass which was a totally corrupt scientific study. Even a select group of leaders from the AANS submitted a report that was politicized but clearly demonstrates that the study was corrupt. Yet the PI went on to receive more grants and used his power over others in Neurology to influence what they would say, so that they could obtain grants in the future. Is that fair and honest? I do not think so and said so publishing several articles on the subject. Now more than 25 years later, work on cerebrovascular disease has been corrupted so that the positive evidence behind the good work that was done has been ignored for 25 years and countless patients have been denied a needed treatment. I am openly against this practice. It was done so that Medicare would not have to pay for cerebral bypass surgery on the scale it did for coronary artery surgery.

The politicization of the WHO and the UN and even the medical journals have had it take stands against Israel purely on political and religious grounds. We do not support those efforts also, as our readers are in 231 countries representing all different faiths, and know, we speak the truth. Yes, some do not agree with our positions, but everyone is free to comment, without editorial restriction, on any subject we publish. Find another journal that does that. SNI is a privately held corporation and is not subject to any outside influence.

I have also published papers on the socioeconomic and political issues facing the world and the physicians. All of our essays are concerned with one subject, and that is: What is best for our patients? This should be a universal subject for all journals, as it is in SNI. I have written about the coming economic collapse worldwide that will effect every man, woman, and child on the planet. But no one in the media has talked about it because of a fear of arousing the public ire against the politicians, Media, academia, and governments. That is irresponsible medical journalism in my book.

SNI is very concerned about the influence of the biomedical industrial-physician complex on influencing the sale of equipment without evidence to support its value to the public for the sole purpose of making money. This, too, is a universal subject that reaches every physician in the world and its 6 billion citizens. SNI stands against this practice and those involved in it. It may not be popular as many neurosurgeons and orthopedic surgeons benefit from this corruption. SNI is for the Truth.

So, given your parameters and the limits and exigencies of your job, I can understand your choices. I wish you the best and am happy you have pursued something that I know you want to pursue to benefit humanity. For that I give you great credit. — Jim

This article may be cited as: Pragmatism, expediency, and medical politics — A conversation with Dr. James I. Ausman, SNI Founder. HaciendaPublishing.com, July 18, 2018. Available from: https://haciendapublishing.com/pragmatism-expediency-and-medical-politics–a-conversation-with-dr-james-i-ausman-sni-founder/.