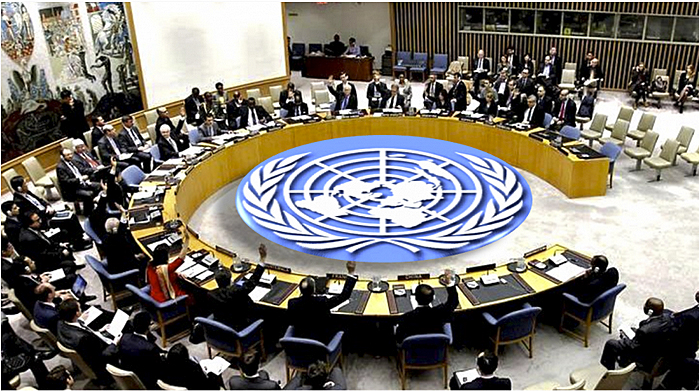 We had no choice but to punish the perpetrators and collaborators of the heinous 9-11 terrorist attack that left nearly 3,000 innocent Americans crying out for justice. It was an unprovoked attack, correctly an act of war, and the U.S. had good cause under the Just War doctrine (i.e., the Judeo-Christian principle establishing the right to defend oneself against an aggressor) to retaliate and to punish the guilty and discourage future acts of terrorism. Such dastardly barbarity should not go unpunished. And so the American people with good reason have rallied behind their president, George W. Bush.

And yet, disappointingly, President Bush did not seek the expected congressional declaration of war as required by the U.S. Constitution. Instead, our commander in chief sought permission and approval from the United Nations. Dragging its feet, the U.N. Security Council finally passed Resolution 1373, authorizing America to fight the “war on terrorism.”

While in our constitutional republic, the president of the United States serves as commander in chief of U.S. armed forces, the legal vehicle for commencing and waging war is the Congress. The U.S. Constitution under Article I, Section 8, grants the U.S. Congress the power “To define and punish Piracies and Felonies committed on the high Seas, and Offenses against the Laws of Nations; To declare War, grant Letters of Marque and Reprisal, and make Rules concerning Captures on Land and Water; To raise and support Armies . . . To provide for calling forth the Militia to execute the Laws of the Union, suppress Insurrections and repel Invasions; To provide for organizing, arming, and disciplining the Militia, and for governing such Part of them as may be employed in the Service of the United States. . . .” [Emphasis added.]

True, in anticipation of the president’s Sept. 20, 2001, address, Congress passed a joint resolution granting the chief executive the power “to use all necessary and appropriate force against those nations, organizations or persons, he determines planned, authorized, or aided the terrorist attack on September 11.”

This is tantamount to issuing a blank check for presidential power, not making a formal declaration of war. Such delegation of congressional authority to the executive branch is not authorized in the Constitution.

Alexander Hamilton stated it succinctly in The Federalist (#78): “There is no position which depends on clearer principles than that every act of a delegated authority, contrary to the commission under which it is exercised, is void.”

The Founding Fathers were weary of entanglements in foreign alliances and of inciting hostilities and wars in foreign lands. James Madison, the master builder of the U.S. Constitution, noted in 1795: “Of all the enemies to public liberty, war is, perhaps, the most to be dreaded, because it comprises and develops the germ of every other. War is the parent of armies; from these proceed debts and taxes; and armies, and debts, and taxes are the known instruments for bringing the many under the dominion of the few. . . .No nation could preserve its freedom in the midst of continual warfare.”

Likewise, in 1793, Alexander Hamilton, among the Founding Fathers one of the staunchest proponents for the executive branch, explained: “It is the providence and duty of the Executive to preserve to the Nation the blessings of peace. The Legislature alone can interrupt those blessings, by placing the Nation in a state of War.”

In an informative essay discussing the morality of war, William Norman Grigg also cites a 1798 letter to Thomas Jefferson in which James Madison pointed out: “The Constitution supposes, what the history of all governments demonstrates, that the executive is the branch of power most interested in war, and most prone to it. It has accordingly with studied care, vested the question of war in the legislature.”

Grigg warns that “allowing the executive to decide unilaterally ‘the question of war’ will be tantamount to . . . potentially setting the stage for ‘continued warfare,’ a condition in which liberty cannot long survive.” (1)

And so, not only is the administration circumventing our sacred Constitution, a Constitution that the president of the United States has sworn to protect and defend, but also the sovereignty of the United States is being infringed by a supranational organization whose sentiments and actual voting record have been profoundly anti-American, hostile to everything America stands for and holds dear ­ foremost among them, personal freedom and individualism.

Moreover, the tainted, sordid record of the United Nations ­— from the incident in Katanga in the early 1960s to Somalia and Kosovo in the late 1990s —­ is a record of blunders, bloodshed and a cycle of war and hostilities that never ends.

As The New American writer Steve Bonta recently pointed out, “The most significant factor about the UN operations is that they seldom end. The UN has kept the Korean peninsula in a state of war for almost fifty years. The UN-mandated campaign against Iraq shows no sign of ending. And even the most credulous observer would not admit that Clinton and his internationalist friends never intended to extricate UN-supervised U.S. forces from Bosnia and Kosovo.” (2)

The Founding Fathers were aware of the evils of standing armies and protracted warfare. They were aware of the observation of Herodotus, the Father of History, that in war “fathers bury sons, rather than sons, fathers.”

Indeed, the Founding Fathers warned us about entangling alliances with foreign nations and creating animosities and hostilities in faraway lands. Thomas Jefferson, in his first inaugural address in 1801, admonished us: “I deemed [one of] the essential principles of our government [to be] peace, commerce, and honest friendship with all nations, entangling alliances with none. . . . .”

In the 20th century, George Orwell, in his masterpiece “1984,” dramatized the iniquities of protracted warfare for the maintenance of state power over individual citizens.

In his fictional study of totalitarianism, Orwell explained that after splitting up the world into three great superpowers by their oligarchical governments, the three superstates, Eurasia, Oceania and Eastasia, developed a permanent state of war between them.

Big Brother himself, the omnipotent but elusive leader of Oceania, proclaimed in the official Newspeak language that “War is Peace.” Thus, Orwell wrote, “War, however, is no longer the desperate annihilating struggle that it was in the early decades of the twentieth century. It is a warfare of limited aims between combatants who are unable to destroy one another. . . .” (3)

He further warned us: “When war becomes literally continuous, it also ceases to be dangerous. When war is continuous, there is no such thing as military necessity. Technical progress can cease and the most palpable facts can be denied or disregarded. But though it is unreal, it is not meaningless. It eats up the surplus of consumable goods, and it helps to preserve the special mental atmosphere that a hierarchical society needs.” (3)

In other words, if we are not vigilant and we allow our government to continue to surrender and delegate the power of waging war to our president in conjunction with the United Nations, the conflict may become perpetual warfare ­ impossible for us to be decisive against the elusive terrorists and, in our own country, a threat to our personal freedom and safety as law-abiding Americans.

Fighting terrorism under the auspices of the United Nations takes us down a perilous path whereby only too late we may find that Big Brother’s insane motto “War is Peace” becomes a de facto, living, illogical paradox ­ a transmutation of our legacy of freedom, “peace, commerce, and honest friendship with all nations” into unending, perpetual warfare.

So, let us find our enemies, punish them, and, as soon as feasible, end this inimical, incipient state of perpetual war. Let us not surrender our hard-fought and hard-won liberties in the name of fighting terrorism. Every time a law “against terrorism” is brought forth, we should ask not only “Is it constitutional?” but also “Is it unduly advancing state power at the expense of the individual and personal freedom of American citizens?”

Let us punish the terrorists, but let us also end our interventionist policies and so-called peacekeeping operations, dictated by an increasingly alien United Nations. In fact, as expeditiously as possible, let us return to America’s founding principles and get the U.S. out of the U.N., and the U.N. out of New York! (4)

Miguel A. Faria Jr., M.D., is editor in chief of the Medical Sentinel of the Association of American Physicians and Surgeons (AAPS) and author of “Cuba in Revolution:­ Escape From a Lost Paradise” (2002).

This article may be cited as: Faria MA. Perpetual War. NewsMax.com, March 2, 2002. Available from: https://haciendapublishing.com/perpetual-war/.