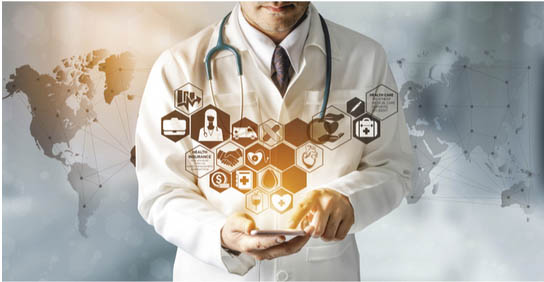 I have visited 70 countries all over the world. There is no healthcare system that provides the excellence that the USA system does. Much of what you read in the press is not true.[2] Virtually everyone in the USA can obtain healthcare; for those who are “involuntarily uninsured” the number is near 4% not the 47% that everyone quotes.[2,11] I would fully support some system to provide care for the involuntarily uninsured in any system or country. Furthermore, in the socialized medical systems there is a large amount of evidence that shows that cancer survivals in European socialized countries are worse that in the USA, Canada, Australia, and Japan.[5,6] Cuba is mentioned with these four, but its data is not believed. The survivals in England are the worst on the continent. Why?

Also the longevity statistics from countries around the world are based on infant mortality, which is defined differently in many countries.[8,9] In some European countries any child born less than 12 inches in length is declared stillborn and not included in their statistics. The same applies for those weighing less than a pound. So the infant mortality statistics of the USA are worse than others report because every attempt is made to save the infants life when born, but the comparison with that in other countries is unfair and untrue. Not all countries use the World Health Organization (WHO) definition of a live birth—“showing any sign of life.”[2,8,9] From the statistics of several different sources (Wikipedia), the United States infant mortality is ranked 29-50th in the world, figures which are obviously ridiculous for the reasons I stated above. If you had a premature child, you would want that child cared for in USA pediatric hospitals or their equal.

Thus, using these incorrect statistics promoted by politicians and the media enables the politicians to can gain control over the healthcare system and its money by brainwashing the public with incorrect information to believe that central control is better than free choice. With additional propaganda, they cite the high costs for healthcare in the USA with less longevity compared with other countries concluding that too much money is being spent for longevity similar to that of countries spending less money on healthcare. However, those statistics are based on faulty logic using inaccurate infant mortality statistics that lower the survivals in the USA. Besides, comparing dissimilar populations is not accurate as the USA is a heterogeneous population while others have a more homogeneous population.

In the USA in which there is freedom of choice for all, there are suicides and murders (see Dr. Miguel Faria’s editorials on “America, Guns, and Freedom” in SNI), and deaths from drugs, alcohol, auto accidents, and sexually transmitted diseases, which represent 50% of all deaths in the USA.[2] These are social problems that become medical problems. Yet, the politicians do not deal with the social problems and blame the healthcare system and doctors for the costs related to these social issues. People whose behavior is proper have to pay for these socially related problems of those whose social and, thus, health behavior is incorrect. Is that fair? Are people responsible for their health or do they become dependent on the government for their care, leading them not to care about their health behavior, always knowing that someone will pick up the cost? Is that fair to those who have responsible health behaviors? What behavior are we rewarding? I can fully understand those who have good health behavior and suffer catastrophic illnesses and would support a private system that would help them.

I have visited Europe and been in European hospitals as a patient. I received good care but not at the level of the USA. If you read the reports in the British press you will find dismal failures in the British health system with long lines waiting for care, midwives who deliver babies at home rather than obstetricians who can care for the complicated delivery, older people who are deprived of food to allow them to die and given substandard care, and much more.[1,3,4,7,9,12] However, if you have money in England and can pay for care, you can avoid the waiting lines. So, there are two levels of care in your system. These things do not happen in the USA health system.

By the way, Obamacare in the USA has just instituted a set of rules denying cardiac surgery, coronary angioplasty, hip and knee replacements, and cataract surgery to older people, but the age is not defined.[10] What does that mean? Is that what government does to our freedom of choice? Who is controlling our life? Isn’t that what European socialized medicine does? Aren’t those the actions of the dictatorial systems that you do not like?

In dictatorships money is taken from the people including their healthcare, but the people are powerless to do anything about it. What real freedom is, is to have a choice of what the individual wants in life including healthcare.

Healthcare is not a right. It is an opportunity. In the USA you are not born with a right to healthcare but the right, freedom and opportunity to make whatever you want out of your life. Some do not want healthcare on religious grounds (Christian Scientists), and the young and others prefer to use their money on other things.[11] But, that is their choice to make. To make healthcare a right means that the government must forcibly take your skills and knowledge as a physician and give them to others. What choice do you have in that decision? I agree that most should want healthcare insurance, but that is not my right to force them to have it. If those without healthcare become ill, and they did not have health insurance, it is their choice to pay for it, if they want care. That is the risk they take in a choice of alternatives they have. That is freedom of choice. That choice also forces people to value and care for their health and to be responsible for it. If someone else pays for their care, they have no responsibility for their own health. That situation alone will raise the cost of healthcare indefinitely.

If the government dictates that you should have healthcare, you have no choice in that matter. That is also true with taxes and entitlements, such as early retirements, the costs of which are a tremendous burden on some European countries. Why should a German citizen who retires at 68 be forced to pay for a citizen of another country like Greece or France, who retires at 50 or 60?  Is that fair? Why don’t businesses, politicians, lawyers, or all people have their services taken and given free to others? Doesn’t the healthcare legislation discriminate against doctors? Why aren’t the services and products of all government controlled? Doesn’t everyone have a “right” to all services, too? Shouldn’t everyone have the right to a home, car, or television? Where does the government get the right of power over peoples’ choices? The government is empowered by the citizens, not the reverse. In your country you are forced to have a healthcare system that is inferior because the bureaucratic costs are too high and the middlemen and bureaucrats take money, which should go to the patient. Is that fair? By the way that is also happening in the USA healthcare system.

I fully agree with you that in your former country of Lebanon, people should have access to healthcare. Why don’t they? Is government corruption taking the money from them? I have seen that in many countries. In China only those who have insurance can get care while the others are denied care. In China, one billion people cannot have the care others have. Why is that? China is a country with a great deal of money. But it is also a communist country and a military dictatorship. There is tremendous corruption in the Chinese system and waste of money. This problem exists in many dictatorships of all forms as you state.

Finally, if you just take the doctor-patient relationship and then inject government bureaucrats to manage it, who will decide who gets care and why, who pays for those bureaucrats, and who says that their decisions on your healthcare are better than yours? That is why the administrative costs of government medicine are forcing countries into bankruptcy. I have witnessed the pure doctor-patient relationship in medicine 60 years ago, and it worked. When the government entered the picture the system deteriorated, and the costs for healthcare escalated.

Unfortunately many do not know what the free enterprise system can do for healthcare because they have no experience with it. They are only told that the government must care for you and why. Is there something better you must ask? The answer is, there is. You see it in the fee for service system in England. Is the democratic system and the free enterprise system the best in world? It is better than any other that exists, which is why many people want to come to America, but it is not perfect.

What we are for is the freedom of each individual to choose what he/she wants in life and not to have a government of politicians have power over individual citizens, or control over anyone’s life or right to choice. My comments on government control of healthcare stand.

11) McCaughey B. Dooming Americans to the Ravages of Aging. Investors Business Daily, October 15, 2012.

This commentary is excerpted from a letter Dr. Ausman wrote in response to a neurosurgical colleague’s Letter to the Editor in SNI. It is reprinted here with permission.