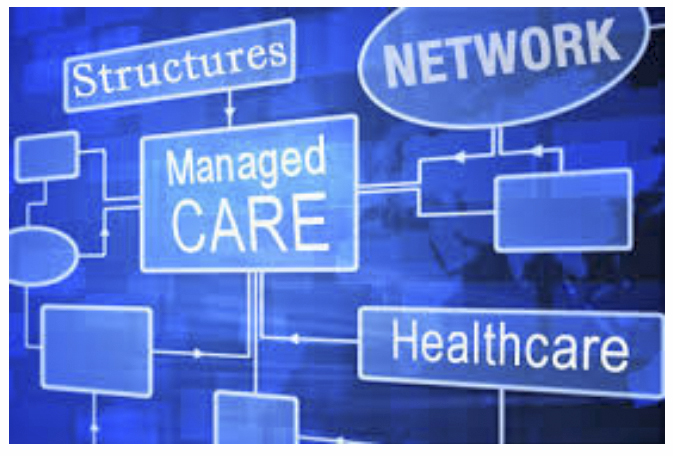 No wonder physicians are demoralized, leaving the profession early, and joining labor unions. They are being enslaved by managed care masters and HMOs, while the concept of managed competition is destroying the medical profession. Yet, it’s the American public, all of us as ultimate patients, who have the most to lose.

The concept of managed competition embodied in managed care and HMOs, like managed trade in international commerce, is an interventionist (collectivist) concept, a form of industrial policy for medical care, imposed on an old and venerable profession, which, despite the vicissitudes of time, have subscribed to the Oath and medical ethics of Hippocrates since the 5th Century B.C.

The ethics of managed care is more akin to Swiss Professor Ernest Truffer’s veterinary ethics than to Hippocratic principles of ethics and medical practice. Whereas the Oath of Hippocrates obligates the physician to act in the best interest of his individual patients (an individual-based ethic), the ethics of managed care and HMOs force physicians to act in the interest of the state or the network that employs them. This new brand of medical ethics forces physicians to consider what bureaucrats refer to as “the proper allocation of scarce and finite resources,” and the individual patient be damned. The state benefits because it conserves resources by rationing medical care, à la Canada. Rationing means poor quality of care, restricted referrals to specialists, denial of access to innovative medical treatments (e.g., bone marrow transplants, chemotherapy, heart bypass surgery, etc.), and thus, premature deaths. After all, death is the ultimate form of rationing.

And please don’t misunderstand me: I don’t object to anyone making profits in a free, competitive marketplace where there is freedom of choice, and small businesses, small entrepreneurs, independent physicians and pharmacists compete on an even playing-field, but that is not what is taking place in medical care today under the rubric of managed care and HMOs. That is why it should be called for what it is: corporate socialized medicine. Managed care networks are functioning sanctioned by the state, like a cartel under monopolistic government protection, similar to what was envisioned in Clinton’s ill-fated Health Security Act of 1993.

The concept of managed care was not the marvelous creation of laissez faire capitalism and Adam Smith’s invisible hand of supply and demand, or a derivation of the ancient and beneficent precepts of Hippocrates, but an invention of politicians and academicians acting as central planners, working under the auspices of Republican President Richard Nixon and Democratic Senator Ted Kennedy in the early 1970s.

First, under President Nixon’s policy of wage and price controls, the revised Health Manpower Act of 1971 essentially adopted HMOs as state policy and favored by tax policy. Further legislation, the HMO Act of 1973, mandated businesses with more than 25 employees to offer HMOs to their employees and provided for special government-backed grants and loans for federally qualified HMOs. Yet, despite all the favorable government legislation initiated then, this collectivist vision did not take hold until the 1990s.

Second, the McCarran Ferguson Law of 1946, a law that permits insurance companies to be the only industry given significant exemptions from antitrust laws (and therefore, of itself monopolistic), allows managed care/HMOs to set doctors’ and hospital fees (including capitation), reimbursements, benefits, insurance premiums, etc. If two or more physicians were alleged to have discussed fees, in any way, shape or form, the hand of the Federal Trade Commission (FTC) would fall heavily on them, as has happened with a group of obstetricians here in Georgia.

Third, the ERISA laws (Employee Retirement Income Security Act) of 1974, which were set up to protect employee pension funds in employer-provided, self-insured plans, has until recently been used effectively by managed care and HMOs as a shield to protect themselves against medical liability lawsuits. In other words, in cases of medical malpractice, the HMOs are not liable; only the individual physicians involved are medically liable and accountable, so that when managed care bureaucrats deny the use of certain diagnostic procedures or therapeutic techniques for cost-containment (the hallmark of managed care), the plans and their administrators, are exempted from lawsuits of medical malpractice. The officials say they are not practicing medicine, only administering the fiduciary responsibility of their plans, and suggest physicians stand by the Hippocratic Oath. Yet, the fact is that the Oath has been trampled under the ethics of managed care with perverse incentives that reward doctors who are paid more to deliver less care to their patients.

And lastly, managed care and HMOs should not be considered free market medicine because, as a result of the discovery and deliberations of the landmark lawsuit, AAPS v. Clinton (1993), the public found that the managed care industry with representatives and/or employees from the largest insurance companies, as well as the Henry Kaiser Permanente and the Robert Wood Johnson Foundations, were working behind closed doors, alongside government employees in violation of the open-door requirements of the Federal Advisory Committee Act (FACA). This unholy cooperation of corporate entities and the government working in partnership setting public policy is referred to by the eminent Austrian economist, Ludwig von Mises, as corporatism, a form of socialism, which is perhaps more aptly named economic fascism, but certainly not free enterprise capitalism.

Be that as it may, one must consider the possibility that these entities working under the auspices of the Clinton Administration were prepared to use their enormous resources to eradicate what remains of the independent practice of medicine and supplant it with a system more to their liking — managed competition, centered around gatekeepers and HMOs — in which they had (and have) a vested financial interest. This vested interest, where freedom of choice and competition are suppressed, causes physicians to lose their autonomy and patients their freedom to choose.

It’s ironic managed competition, the centerpiece of President Clinton’s Health Security Act of 1993, is today being assembled, step-by-step, not by a Democratically controlled Congress, but by a “conservative,” Republican Congress which believes naively or erroneously they are promoting “free market” medicine. And thus, we have passed the Kassebaum-Kennedy Law that, despite having certain attractive features such as Medical Savings Accounts, regulates the insurance industry adversely with the issue of guaranteed coverage and, more ominously, criminalizes the practice of medicine with draconian penalties for alleged fraud and abuse violations (up to $25,000 per coding error, not to mention, long jail sentences for other violations) and erosion of the privacy of medical records with electronic data collection (administrative simplification) provisions which make a mockery of patient confidentiality. In addition, the law allows the federal government to intervene and impose severe penalties, not just in Medicare and Medicaid but in all private insurer transactions.

Moreover, the $24 billion program of KidCare was added to the budget deal which was Hillary Clinton’s 1993 fall back plan to implement universal health care piecemeal.

The direction in which we are headed is leading us relentlessly toward the destruction of a once noble and venerable profession and the enslavement of once independent physicians for the higher purpose of the State forging the keystone of a new form of democratic socialism, American-style — managed health care.

The brunt of this cataclysm will be borne by all of us as eventual consumers of medical care and ultimately, vulnerable patients.

Miguel A. Faria, Jr., M.D. is a consultant neurosurgeon and author of Vandals at the Gates of Medicine (1995) and Medical Warrior: Fighting Corporate Socialized Medicine (Macon, Georgia, Hacienda Publishing, Inc., 1997). He is also the Editor-in-Chief of the Medical Sentinel.