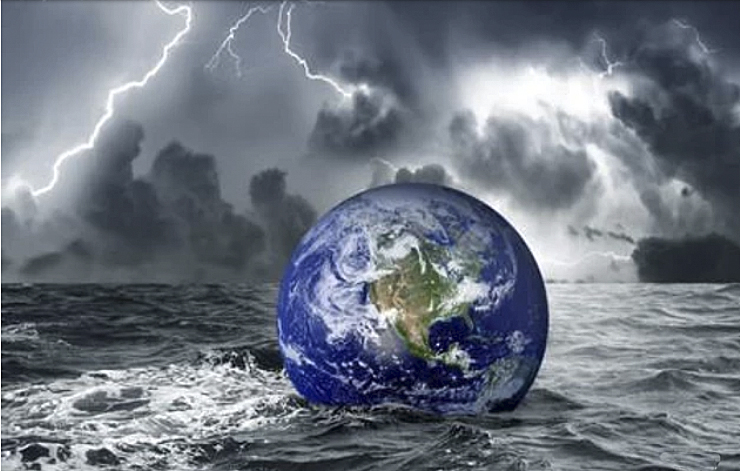 Living in a Chaotic — and Dangerous World! by James I. Ausman, MD, PhD

After talking with young neurosurgeons and residents around the world, they often ask “How do I know what I read is the truth?” I answered that question in a recent editorial.(1)

This month in Surgical Neurology International, Miguel Faria warns of increasing control of medicine by government (politicians and their bureaucrat enforcers) and its consequences as he writes about the recent discussions of neuroethics by U.S. President Barack Obama.(2) He states that “investigating scientists (in this instance, neurologists and neurosurgeons), not only in this country but globally, should recollect and adhere first of all to the traditional, universal, and individual-based ethics of Hippocrates, centered on their individual patients or human subjects, rather than utilitarian, population-based ethics that place monetary considerations or the interest of third parties or the state ahead of the interest of patients.” Lest we see the atrocities of the Nazis and Russians on medical experimentation on humans during WWII and the cold war repeated.(3,4)

As a case in point, just last week, Jonathan Gruber, an MIT economist and architect of the Obamacare Healthplan, indicated that it was designed to deceive the public, whom he describes as “too stupid to understand” [what was intended].(5) In other words, you are too stupid, and we must make the decisions for you. Another Obamacare architect, Dr. Ezekial Emanuel, recently wrote a long article suggesting people should only live to the age of 75, beyond which they are not useful to society.(6,7) Cataract surgery, hip surgery, knee surgery, and even coronary artery bypass surgery for older people are being restricted under Obamcare. Imagine this policy being applied to the rule-making politicians who need these treatments at age 75 and older.

Interestingly, the Rasmussen Report (a major polling service in the USA) sampled public opinion after Gruber’s talks were revealed. The results indicated that “thirty-two percent (32%) of likely USA voters agree that the American people are too stupid to understand the true costs associated with Obamacare.”(7) I disagree. Informing your patient of decisions that affect their life requires that you must explain to them in terms they can understand what their choices are. Your role as a doctor is not to be a God or an authority figure, but a consultant that the patient has hired to help him/her understand a problem they have, of which they have little understanding.

George Orwell stated in his book Animal Farm, a critique of communism in 1948, that “all pigs are equal but some are more equal than others.” We are seeing a reminder of this warning with the emergence of Russia’s power under President Vladimir Putin that is affecting the Ukraine. We are living in a chaotic world.

These events are a dire warning about surrendering your individual liberty and power to people who think they are smarter than you, and claim to know what is best for you. Faria also wrote in his extensive research on guns and violence that “when the population has guns, the government fears the people. When the government takes guns from the people, the people fear the government.”(9) The Second Amendment of the U.S. Constitution guarantees citizens the right to keep and bear arms; yet, in the USA and countries around the world, there is a movement to take guns away from the public. Why? Is it really to protect the people? The evidence states otherwise. Those interested in taking power from you will do anything they can do to obtain it.

As you may know, the American people voted last week, and overwhelmingly rejected the policies of President Obama, although the media and the president himself deny this result. Obviously, they cannot believe this rejection by the [stupid] public. So they have made other excuses. We are living in dangerous times that affect all people, physicians as citizens, and the practice of medicine for our patients.(10) All citizens, including physicians and surgeons, should “connect the dots” and understand what is going on around them. Neurosurgeons, get out of the O.R., and think about what is happening, how events will affect your life, and your family and patients. These are not chance occurrences. Connect the dots, for we are living in a dangerous world!

2. Faria MA. The road being paved to neuroethics: A path leading to bioethics or to neuroscience medical ethics? Surg Neurol Int 2014;5:146.

6. Emanuel EJ. Why I Hope to Die at 75: An argument that society and families — and you — will be better off if nature takes its course swiftly and promptly. The Atlantic Magazine, September 17, 2014.

7. Faria MA. Bioethics and why I hope to live beyond age 75 attaining wisdom! — A rebuttal to Dr. Ezekiel Emanuel’s 75 age limit. HaciendaPublishing.com, November 5, 2014.

James I. Ausman, MD, PhD, is Professor of Neurosurgery at the University of Southern California in Los angeles (UCLA) and Editor-in-Chief of Surgical Neurology International (SNI). The SNI website is www.surgicalneurologyint.com.

This article may be cited as: Ausman, JI. Living in a Chaotic — and Dangerous World. HaciendaPublishing.com. November 19, 2014. Available from: https://haciendapublishing.com/living-in-a-chaotic–and-dangerous-world-by-james-i-ausman-md-phd/.