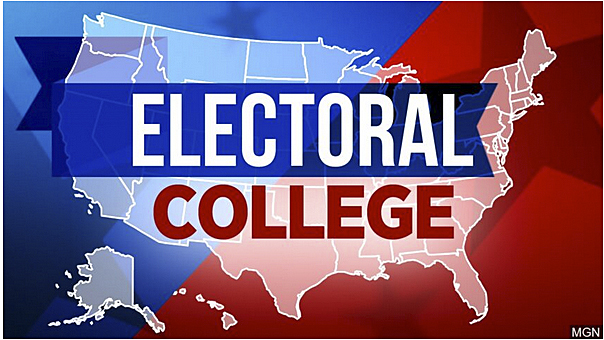 In a recent column in The Telegraph, Steve Berman wrote the Georgia Legislature was considering “giving up our state’s sovereignty” by proposing House Bill 929 that would elect the president by the popular vote without an Electoral College. He is correct.

The American founders, including James Madison, the master builder of the Constitution, opposed direct mass democracy and framed instead a constitutional republic with indirect presidential and senatorial elections. We have unwisely already tilted the balance of power toward the federal government by disenfranchising the states with the popular election of U.S. senators.

We continue to tinker with, or outright violate, the U.S. Constitution, eroding essential republican features of government, as separation of powers, checks and balances, indirect representation, need for supermajorities, etc., which were included by the Founders to prevent despotic government or tyranny by the majority. And this was despite the fact that most Americans at the time of the American Revolution were very well-informed and devoured political pamphlets with an avidity that is not seen today, except for celebrity gossip and sports.

There were many reasons the Founders created the Electoral College system including maintenance of federalism and fairness, e.g., preserving the delicate geographical and political balance among the various urban and rural populations of the small and large states of the federal union; to encourage candidates to campaign more equitably throughout rural areas and smaller states, because not doing so may result in the candidate’s loss of an entire state and its slate of electoral votes, rather than just losing small clusters of votes; prevent unfairness due to natural catastrophes, such as floods or hurricanes, which can depress disastrously the turnout of voters of a region of a state or several states. With the Electoral College system, these voters are not penalized, because their states would still contribute the same number of electoral votes toward an election.

The popular election of president would dilute the power of rural areas and less populated states, so that a heavily populated section of the country, such as the Northeast, could unfairly determine presidential elections. That is less likely now with the Electoral College system. With this change, Georgia instead would be giving away part of her sovereignty.

The Electoral College, although modified since the time of the Founders, has shown that it works as it was intended and continues to function well. And it would be extremely foolhardy for Georgia to change it. We see that the wisdom of the Founders reverberates through the ages — and it makes us wonder what our legislators have been imbibing and smoking during the session.

This article was printed in the Macon Telegraph on March 15, 2016.

This article may be cited as: Faria MA. Let’s keep the Electoral College in Georgia. Macon Telegraph, March 15, 2016. Available from: https://haciendapublishing.com/lets-keep-the-electoral-college-in-georgia/.