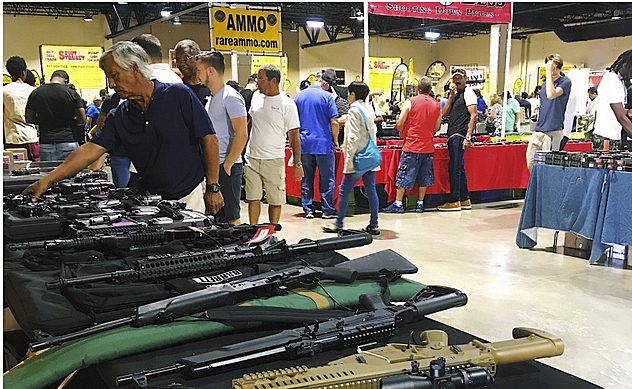 Law-abiding gun owners should not become complacent because gun prohibitionist organizations, such as the Million Mom March and Handgun Control Inc., seem to be in retreat, if not scrambling and looking for cover. Other gun control groups, deceptively using more reasonable- and innocuous-sounding names such as Americans for Gun Safety (AGS), Women Against Gun Violence, and Doctors Against Handgun Injury, are stepping up to the plate to keep the pressure on the Second Amendment.

They are aided and abetted by demagogic politicians like Sens. Jack Reed, D-R.I., Dianne Feinstein, D-Calif., and Chuck Schumer, D-N.Y., using the proverbial pincer strategy of applying simultaneous pressure from above and below, which would make the Italian political theorist Antonio Gramsci (1891-1937) proud.

The gun prohibitionists in Congress have set their sights on gun shows. Sen. Reed and his colleague Lincoln Chafee, who is the other senator from Rhode Island, are poised to introduce their version of legislation by Sen. Frank Lautenberg, D-N.J., to end gun shows as we know them. The gun control lobby will work with them to attach Sen. Reed’s legislation to the education reform bills brought up for consideration.

If all else fails, the gun control lobby is prepared to advance its agenda with a “compromise” alternative, which will be introduced by Sen. John McCain, R-Ariz., and Joseph Lieberman, D-Conn.

Their rallying cry will be “We must close the gun show loophole!” — the same language that has been used by AGS in television ads falsely alleging that “convicted felons are buying guns at gun shows.” As David Kopel of the Independent Institute has written:

“Anyone engaged in the business of selling firearms is required to be licensed by the Bureau of Alcohol, Tobacco, and Firearms (18 U. S. Code, Sect. 923(a).). According to federal law, dealer sales must be accompanied by an instant background check, regardless of the premises where the transaction takes place. Federal law does not allow any exceptions. If you are engaged in the business of selling firearms, then you have to fill out the federal paperwork, and then call the FBI to get permission for every sale. There is no gun show “loophole” which changes the rules.”(1)

The reality is that gun control substituting for crime control does not work. The Brady law, we now know, has not reduced homicide or suicide rates. Professor John Lott has also demonstrated that the Brady law produced “no statistical impact on crime, except for the fact that rape rose 3.6 percent and aggravated assaults against women rose 2.5 percent,” perhaps because the Brady law-imposed waiting period delayed handgun purchases by five working days, even for women who require protection from known predators.

The fact is that gun control groups want citizens who passed background checks to be registered at the time of firearm transactions, notwithstanding that government confiscation is always preceded by registration. Even with supposedly good intentions, registration, banning, and confiscation precede tyranny.(2)

If the gun prohibitionists have their way, gun shows, which are as American as Mom and apple pie, will be shot down; overnight, law-abiding citizens will become criminals because of another misguided gun control law. The stage will be set for government-manufactured crimes: gunrunning, a black market for firearms, and a new government solution, “The War on Guns!” For America’s sake let us do our part to make sure the prohibitionists don’t get their way!

Miguel A. Faria Jr., M.D., is editor-in-chief of the Medical Sentinel of the Association of American Physicians and Surgeons (AAPS) and author of “Vandals at the Gates of Medicine” (1995), “Medical Warrior: Fighting Corporate Socialized Medicine” (1997), and “Cuba in Revolution: Escape From a Lost Paradise” (2002).

This article may be cited as: Faria MA. Gun shows under fire. NewsMax.com, April 27, 2001. Available from: https://haciendapublishing.com/gun-shows-under-fire/.