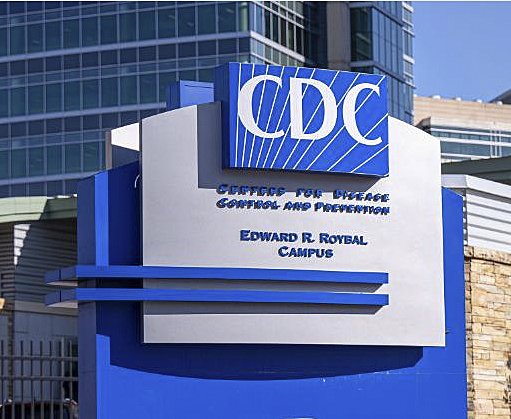 Gun control: The assault on Congress by the medical journals (Part 1) by Miguel A. Faria, MD

In the wake of the heinous Las Vegas shooting, the medical politicians of the American Medical Association and the public health establishment — which is to the left side of politics on just about any topic even remotely related to medicine — have rallied to the cause of gun control political propaganda, rather than science. Toward the cause, they have resumed drumming up arguments that have been thoroughly refuted in the past. And this is true for the most prestigious medical journals, The New England Journal of Medicine (NEJM), the Journal of the American Medical Association (JAMA) and the British Lancet.

Incidentally, this repetition of hackneyed and refuted data, I suppose given the prestige of the journals, is not due to ignorant negligence but to deliberate academic hubris because they consider themselves above the academic standards they tout but do not practice, such as the importance of the exchange of ideas so essential to intellectual freedom. But in truth, there is no such academic freedom but a monolithic establishment, and articles that have had the temerity of describing the beneficial aspects of guns are not published; their authors marginalized, ostracized and censored.

Most important, the editors of the prestigious medical journals in Britain and the United States are chosen so that they lean heavily to the left side of the political spectrum, and despite the gun control lessons of history, they consider it deplorable that the U.S. Constitution protects the right of citizens to own guns.

This latest assault on the U.S. Congress aims toward forcing our representatives and senators to rescind the restrictions they placed on gun research at the CDC in 1996. At that time, Congress banned lobbying and the politicized and shoddy “gun research” that had been conducted by the CDC with the sole aim of promoting gun control at taxpayer expense. In other words, the elitist gun prohibitionists in the public health establishment want American taxpayers to resume funding their own disarmament with public health as the vehicle. So as a result, we are witnessing what seems a coordinated attack from these journals using the discredited public health model of guns as viruses that need eradication.

The editorial in Lancet began with the Las Vegas shooting and from there went on to suicide statistics. For the gun control prohibitionists, suicide statistics are essential because suicides outpace homicides every year by a 2:1 ratio, never mind that the arguments are wrong. The latest figures show that Japan ranks 26th in International Suicide Rates; the Japanese commit suicide via hanging, suffocation, jumping in front of trains, and Hara-kiri at a rate of 15.4 per 100,000, much higher than the United States. Americans rank 48th and the rate is 12.6 per 100,000. Norway, Sweden, Belgium, Hungary, and many other European countries that have higher rates of suicide than the U.S. — all have stricter gun laws. People bent on committing suicides should be treated for their depression, otherwise they will use whatever they have available, from ropes to pesticides to kill themselves, a veritable mental health crisis.

The article then referred to a higher prevalence of rural suicides in the United States, purportedly because of gun ownership: “More than 50 percent of suicides were by firearms (62 percent in rural areas), with the rate of firearm suicides in rural counties nearly double that of urban counties (10.5 vs. 5.4 deaths per 100 000).” Doctors For Responsible Gun Ownership has looked into the rural suicides. Dr. Thomas Gift, clinical professor of psychiatry at the University of Rochester Medical School, and a member of DRGO, investigated and recently debunked one of those studies alluded to in the Lancet editorial.

As many of the studies done by public health officials are prone to do, Dr. Gift found the study to be biased and poorly designed. Dr. Gift concluded, “While the authors claim to be comparing rural and urban data, the counties in Maryland they label as ‘rural’ seem to be largely suburban. They conduct numerous statistical tests without any attempt to control for the associations they call ‘significant’ but which arise solely by chance in the course of doing so many numerical manipulations.”

The Lancet editorial then lambasted the U.S. Congress and called for the lifting of the restrictions and the resumption of the shoddy and fraudulent gun research formerly conducted by the CDC. To raise the tempo of the accusation it called the restrictions a “scandal,” and then exhorted, “gun control advocates should be looking strongly at rescinding the abhorrent and nonsensical legal restrictions that keep the USA ignorant of the true toll of its gun violence.”

Congress should do no such thing, and in fact, there is no scandal. The fact is the CDC was restricted from conducting such gun studies because they were biased and politicized with preordained results, studies that could only be characterized as junk science and anti-gun propaganda. I was one of the four experts, who testified to the congressional committee that led to the ban in 1996. The “abhorrent and nonsensical” state of affairs are not with the common sense legal restrictions but with the flawed gun studies that were carried out until 1996 by the public health researchers funded by the CDC, gun studies that continue to come out from the burgeoning schools of public health. Money allocated to public health should go for the control of infectious and occupational diseases; money allocated to scientific research should go to the investigation of carcinogenesis, diseases of aging and epigenetics; money allocated for the study of gun crime should go to schools of criminology and law enforcement.

Miguel A. Faria M.D., Associate Editor in Chief in socioeconomics, politics, medicine, and world affairs of Surgical Neurology International. He served at the behest of President George W. Bush as member of the Injury Research Grant Review Committee of the Centers for Disease Control and Prevention — 2002-2005. His website is http://HaciendaPublishing.com.

This article may be cited as: Faria MA. Gun control: The assault on Congress by the medical journals (Part 1). HaciendaPublishing.com, November 21, 2017. Available from: https://haciendapublishing.com/gun-control-the-assault-on-congress-by-the-medical-journals-part-1-by-miguel-a-faria-md

This article was also published in Macon.com and in GOPUSA.com on November 20, 2017.