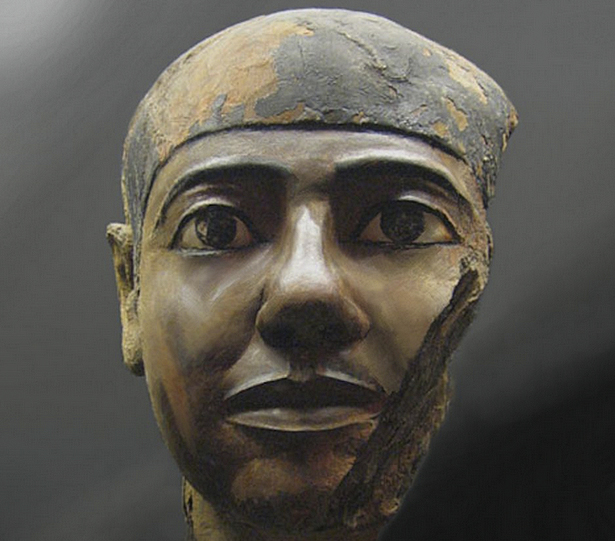 A Prelude to Medical History (1961) by Dr. Félix Martí-Ibáñez (1911-1972) is a short but interesting book on medical history based on a series of lectures to an entering class of medical students, who the author welcomes with excitement and jubilation. Martí-Ibáñez emphasizes such traits as greatness with humility and compassion with learning in medical ethics and the history of medicine. As foundations upon which to build the profession, he lists clinical practice, teaching, and research.

To understand the focus and direction of this book, though, it is necessary to know a bit about the life of Dr. Martí-Ibáñez. He was a Spanish psychiatrist who immigrated to the United States in 1939 after the victory of Francisco Franco in the Spanish Civil War. He had been a minister in the government overthrown by Franco, and his politics seem to lie just under the surface. For example, he vastly overestimates the casualties of the Spanish Inquisition and seems to underestimate the Spanish culture as opposed to Eastern cultures. He praises the Greeks but seems reluctant to give the Romans their due in the advancement of science and civilization. After giving the Romans credit for using plenty of potable water via aqueducts and public health advances, in the cause of literary flare and criticism he accuses them of “unhealthy siestas in the torpid shade of the atrium, provocative massages by sensuous hands of licentious slaves… degeneration” (p. 101), etc.

In the United States, Dr. Martí-Ibáñez became a lecturer, author, and publisher as well as the chairman of the Department of the History of Medicine at the New York Medical College. The book is written with palpable enthusiasm, literary flare, but it does contain several errors. In fact, he tells his medical school audience not to be concerned with historical dates and this shows at times in his own confused narrative. For example, he uses the terms Dark Ages, Middle Ages, and medieval period in two different formats. Sometimes they are used synonymously. This becomes confusing for students when Martí-Ibáñez writes that the Dark Ages were not really dark ages because of the developments of hospitals and universities took place in this period. (p. 105) He also marks the advent of the Dark Ages or Middle Ages in the West with the Plague of Justinian; whereas the conventional view is that it began with the collapse of Rome in AD 476. He asserts that the Renaissance began intellectually with the discovery of the printing press and politically with the fall of Constantinople in 1453. (p. 110-111) The fact is these developments did not cause but only accelerated the pace of events of the Renaissance, which was already in motion with the rediscovery of the classics and the work of Francesco Petrarch and Giovanni Boccaccio and the early Italian humanists, particularly in Florence in the early 1300s.

Martí-Ibáñez writes, “By 1776 the American colonies had won their independence from England, and the United States of America was born adopting the principles of the French Encyclopedists and the Rights of Man fourteen years after Rousseau had laid them down in his Le Contrat Social.” (p. 163) This is a great error. The American Founding Fathers were much more influenced by John Locke, Baron de Montesquieu, David Hume, William Blackstone and even St. Paul than they were by Rousseau and the French Encyclopedists.

Two interesting concepts Martí-Ibáñez reminds us are the laboratory origin for the humoral theory of Hippocrates — the four components of blood as it settles in a test tube. The other reminder is the source of the term physicians or doctors —i.e., physis meaning “nature”; medicus, from mederi “to heal,” and from medi, “to think”; and doctore, “to teach.” Therefore, from the perspective of semantics, the  term “physician” denotes one who studies the nature of diseases, thinks to attain knowledge, heals, and then teaches that knowledge and imparts his wisdom to others in his profession. We have come full circle to the ethics of Hippocrates.

Most interesting is the origin of the humoral theory is based on two concepts. One is the theory of the Four Primordial Elements posited by the physician and natural philosopher Empedocles. The other concept arises, according to Martí‑Ibáñez, from the observation of standing blood in a laboratory test tube, whereby the blood after a period of time spontaneously separates into four components of different colors at four distinct layers: Blood serum; blood; blood sediment; and the fibrin layer. According to Martí‑Ibáñez the term “white beast” came about in reference to the blood of pregnant women with a high sedimentation rate (same as with various illnesses), whereby fibrin accumulates at the top, rather than remaining normally in the bottom. Higher sedimentation rates denote more and more fibrin floating to the top. And so by tracing the layers of blood components and their shifts in position in the test tube, we have arrived to the four components of blood corresponding to the Hippocratic theory of the four humors. Their qualities were subjectively determined as were their sites of origin or organ predilection according to the Hippocratic humoral theory:

• The top serum layer: Yellow Bile; qualities, hot and dry; originating in the liver corresponding to the original element fire

• The middle layer (oxygenated blood cells): Blood; qualities, hot and wet; originating in the heart and corresponding with the element air

• The dark sediment layer (deoxygenated blood cells): Black bile; qualities, cold and dry; originating in the spleen and corresponding with the element earth

• The bottom fibrin layer: Phlegm (mucus); qualities, cold and wet; originating in the brain and corresponding with the essential element water.

And depending on the predominant humor in the individual, a man’s temperament was choleric for yellow bile; sanguine for blood; melancholic for black bile; and phlegmatic for mucus (phlegm). With the advent of scientific medicine the humors have been discarded but the descriptive psychosocial traits are still in use today. This is the best explanation I’ve read on the humoral theory.

But the book is also a bit outdated in that some of the medical treatments extolled or forecasted around 1960 (at about the time of the publication of this book) did not turn out to be as effective or promising as the author predicted. Still the book reads well and the author’s excitement about the topic is genuine. The book is recommended then with these caveats for those with a general interest in medical history, particularly medical students. Serious students or scholars of medical history are referred to the eloquent, fascinating, and comprehensive work of Dr. Plinio Prioreschi, A History of Medicine, published in several volumes.

Miguel A. Faria Jr. M.D. is a neurosurgeon and  the author of the book, Cuba in Revolution: Escape from a Lost Paradise (2002) and many articles on science, politics, and medicine.

This article may be cited as: Faria MA. Forgotten lessons on medical history for medical students. HaciendaPublishing.com, March 9, 2015. Available from: https://haciendapublishing.com/forgotten-lessons-on-medical-history-for-medical-students.