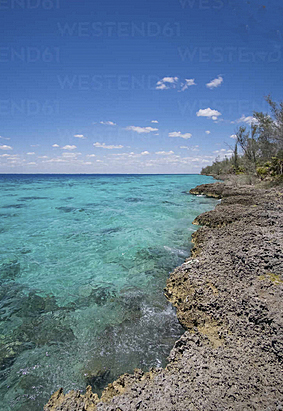 Faria: The 50th Anniversary of the Bay of Pigs Invasion in Cuba

During 1960, U.S. President Dwight D. Eisenhower watched with trepidation the establishment of an authoritarian regime in Cuba unfriendly to the United States, only 90 miles from American shores, virtually in America’s own backyard.

On assuming power in 1961, the new, young President of the United States, John F. Kennedy, had to face the brewing crisis in Fidel Castro’s Cuba. He learned that a small expeditionary force of Cuban-American exiles (2506 Brigade) had been organized and trained in the U.S. and Central America to invade Cuba with the guidance and approval of the previous administration. After consultation with advisors, the CIA, and the military, Kennedy finally approved the escalation and implementation of the operation. Unfortunately, at the eleventh hour Kennedy changed many of the crucial aspects of the invasion, so that he could claim “plausible deniability” (of U.S. involvement)!

Declassified U.S. documents have revealed that the CIA had informed President Kennedy that the Soviets already knew of the invasion plans. Nevertheless, the president committed the disastrous mistake of ordering the invasion to proceed. He rationalized his decision by stating to his presidential advisor and historian, Arthur Schlesinger, Jr., that it was better to “dump” the Brigade in Cuba; after all, “that is where they want to go.”

The CIA had strongly advised a series of air strikes intended to destroy Fidel Castro’s Air Force (FAR) on the ground. President Kennedy not only withheld air support to the invasion force during the landing at Playa Giron in the Bay of Pigs, but he also cancelled the sorties of April 16 and 17, the second and third planned air strikes, leaving half of Castro’s Cuban Air Force (FAR) still intact and operational. So, two T-33 jets, three Sea Furies, and two B-26 planes were left and were more than enough to later destroy the small flotilla of the 2506 Brigade, which like sitting ducks had been left helpless and without air support.

Furthermore, the landing site for the invasion force had been changed from Trinidad to the Bay of Pigs by the president, because of his “concerns” for the purported heavily populated Trinidad area and to avoid civilian casualties. The fact was that except for the city proper, the area was not heavily populated. This change also helped to seal the fate and bring about the utter defeat of the operation.

First, Trinidad had an excellent port facility for the landing of the invasion force, and for unloading supplies and armaments. These tasks appear simple, however, at the Bay of Pigs, landing of men and equipment was delayed and hampered by unforeseen shallow water and reefs with catastrophic consequences for the amphibious landing force.

Second, Trinidad was truly a bastion of counterrevolutionary activity and anti-Castro fervent, perhaps the best and most likely place, where a general uprising could have been a serious possibility.

Third, the Trinidad area was contiguous with the Escambray Mountains, where a second wave of Alzados, led by the intrepid Osvaldo Ramirez, were congregating for a great national liberation offensive against Fidel Castro. In case of defeat, the original invasion plan was for the exiles to join the rebels in the nearby, contiguous Escambray Mountains and aid the possible urban uprising in Trinidad.

For those reasons, CIA Chief of Operations Richard Bissell had wisely chosen a site near the historic city of Trinidad for the landing of the invasion. The news of the campesino (farmer) uprisings of 1960 and 1961 in this area had been censored in the island and all but ignored by the American media. Nevertheless, anticommunist rebels, alzados, made up of campesinos (farmers), who had their land taken from them for the formation of farming cooperatives (i.e., later they would become outright state farms), were still active in this area and could have assisted the invasion force.

Elsewhere, the chance of an insurrection within the island was nil. In anticipation of the invasion, over a hundred thousand Cubans were rounded up by the security police and held under arrest in prisons, schools, sports stadiums, and in all other available facilities to prevent the Cuban people from joining or aiding the invasion force. Many in the underground had also been arrested or were incommunicado.

In the early morning hours of April 17, 1961, the 2506 Brigade entered the Bay of Pigs on the southern, swampy, mosquito-infested coast of Las Villas province, and La Batalla de [Playa] Giron (i.e., Bay of Pigs) had commenced in earnest. I will not recount the details of the military operation except to say that the Cuban exiles fought ferociously for three days until they literally ran out of ammunition, and only then, surrendered and were captured by the communist forces.

Initially, the invasion force bombers inflicted heavy damage on a communist convoy, destroying and stopping Castro’s motorized columns of military vehicles, Castro’s first line of defense. Nevertheless, as predicted by American military experts, the Cuban T-33 jets prevailed and unopposed destroyed the Brigade’s little squadron of slow-moving, defenseless B-26 planes. They were not even equipped with tail guns to fire at their pursuers. Twelve of the twenty-four B-26 bombers were shot down and destroyed.

As the Cuban exiles on the ground were running out of ammunition, Grayston Lynch, a CIA operative who participated in the landing, recounted that he could see two American destroyers on the horizon. From his command post, he frantically called for help. He pleaded for assistance for the Cuban exile patriots, who were being massacred on the beaches and further inland in the swamps because of the lack of ammunition and heavy weapons, as well as lack of air and naval assistance. The captain of one of the destroyers responded, “My heart is with you but I cannot help you.” He added, “My orders are not to become involved.”

The 1400 combatants, who were outnumbered more than 100 to 1, fought valiantly against overwhelming odds. They demolished several motorized armored tank units with limited anti-tank weapons and precious little supplies, not to mention the lack of air cover and the decisive support they believed they had been promised. Be that as it may, the invading force had 114 men killed in action, but the communist forces suffered much heavier losses, and to this day, their casualty figures are unreliable depending on who you read. One report estimates the Cuban communist loses between 500 to 4000, killed, wounded, or missing.

Richard Bissell, CIA Chief of Operations during the Bay of Pigs, accepted blame for allowing the operation to become “disclaimable” by President Kennedy, and he and Allen Dulles, CIA Chief, were sacked. In reality, the responsibility for the failure of the invasion rested solely on the president.

Three months later, Soviet Premier Nikita Khrushchev, emboldened by Kennedy’s weakness at the Bay of Pigs, ordered the construction of the Berlin Wall in defiance of the West, particularly the United States. The fiasco of the Bay of Pigs invasion led directly to the Cuban Missile Crisis eighteen months later in October 1962, and brought the U.S. and the Soviet Union to the very brink of nuclear war.

Today, financial chaos, the turmoil in the Middle East, the wars in Afghanistan and now in Libya, the instability in Iraq, a resurgent and militant Islam, etc. — all of these dangers are taking place while Russia and China wait in the wings for the final denouement of these momentous events that could lead no less to the collapse of the West. Decisive leadership was then and is again now needed with a steady hand to avert the shoals through which our ship of state is navigating, rudderless, in very troubled waters!

In 1979, the body of Thomas ‘Pete’ Ray was repatriated from Cuba. In the 1990s, the CIA uncharacteristically confirmed Ray’s association with American intelligence and posthumously awarded him the Intelligence Star Medal.

Many veterans of the 2506 Brigade went on to become officers in the U.S. Army and achieved high ranks and honors, including 6 Colonels, 19 Lieutenant Colonels, 9 Majors, and 29 Captains, and one Major General, Erneido Oliva (second in command of the Brigade), who served under President Ronald Reagan.

Sadly, the leader of the Brigade, Commander Pepe San Roman, never got over the failed mission and committed suicide in Miami in 1989.

By March 2007, it was estimated that about half of the 2506 Brigade veterans had died.

1. Bay of Pigs: The Untold Story by Peter Wyden. 1979. Along with the book mentioned below, this tome is a good beginning chronicle of the Bay of Pigs fiasco, which Fidel Castro called “the first defeat of Yankee imperialism in America.”

2. The Bay of Pigs: The Leaders’ Story of Brigade 2506 by Haynes Johnson. 1964. This book, as well as the one mentioned above, compliment each other even though they are written from two different perspectives. This book is more passionate than Wyden’s book, but was written from the viewpoint of the Cuban exile participants.

3. Cuba in Revolution: Escape From a Lost Paradise by Miguel A. Faria, Jr., MD. 2002. This account is written both from the perspective of the author, then a perceptive 13-year-old, boy in Cuba, scion of a political family and revolutionary parents — and years later his scholarly research.

4. Dagger in the Heart: American Policy Failures in Cuba by Mario Lazo. 1968. This is an early epic history of the Cuban Revolution up to the early 1960s by Mario Lazo, an upper class Cuban lawyer, who was well-connected to and a major player in the elite Cuban-American business community. As an insider, he relates how the U.S. lost opportunity after opportunity to help the island from falling to communism, and later from prevailing during the Bay of Pigs invasion.

5. Shadow Warrior: The CIA Hero of a Hundred Unknown Battles by Felix I. Rodriguez and John Weisman. 1989. This is the story of courage of Felix Rodriguez, one of the great heroes of Cuba and the United States in the 20th Century. He participated in the Bay of Pigs invasion, as well as many CIA covert operations in Central America, in the Caribbean, and in Europe as well as in Far East Asia.

6. Decision for Disaster: Betrayal at the Bay of Pigs by Grayston L. Lynch. 1998. This book is written by the man in the CIA who actually landed and participated in the invasion. With desperation he witnessed defeat of the landing force because of the abandonment of the exiles and the lack os support from the President who sent them there.

This article is excerpted in part from his book, Cuba in Revolution: Escape From a Lost Paradise (2002), and was revised and updated with pictures and references on April 19, 2012.

This article may be cited as: Faria MA. The 50th Anniversary of the Bay of Pigs Invasion in Cuba. HaciendaPublishing.com, April 19, 2012. Available from: https://haciendapublishing.com/faria-the-50th-anniversary-of-the-bay-of-pigs-invasion-in-cuba.