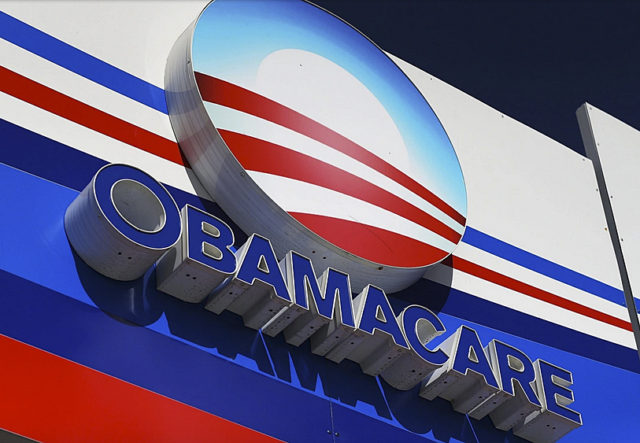 With President Obama and his Democratic partisans in the Senate at loggerheads with the Republican-controlled U.S. House of Representatives, an impasse has arisen of troubling proportions. The House, though, has the constitutional power of the purse, and the funding or defunding of the flawed ObamaCare law, unwanted by the vast majority American people, falls within its purview. The House has indeed the right not to fund a calamitous and burdensome law. In anticipation of its dreaded implementation, the deleterious effects have already been felt among the senior citizens, those who have Medicare or even Veteran benefits. Let me explain.

Frequently, I read “Viewpoints,” the electronic version of my local newspaper, The Macon Telegraph (MT), which often has heated discussions in response to printed letters to the editor. On September 5, a discussion centered on a MT reader who stated that although in good health at age 75, his doctor would not perform a PSA test or a colonoscopy because “it was not needed,” and besides, the doctor added, ” given your age, something else would kill you before colon or prostate cancer does.”

It is very unfortunate that physicians out of their own initiative are already impeding access to needed medical care (rationing) in preparation for ObamaCare. Another very astute blogger posted an article of mine on this subject previously published in GOPUSA back in 2010. It read in part:

“And we better get used to the rationing and lack of choices we will increasingly be facing, as American medicine becomes more and more socialized…After years of medical innovations and advances and increasing cancer prevention (e.g., mammography, colonoscopy, and Prostate Specific Antigen [PSA] testing) with the associated increases in survival rates in breast, colon, and prostate cancer — the word is out in the media and the medical politicians that some breast, colon, and prostate cancers may be ‘slow growing and not as invasive as we thought,’ and that, ‘after all, they may not require treatment!’ “

Yes, the word is filtering out through the public health establishment and the AMA that we should all go along with rationing care, and some doctors are listening.

In fact another blogger, who I happened to know, Mr. Charles Horne, a decorated veteran from the Korean War wrote me, “I am 82 and have just this month experienced what you have described. I was denied a colonoscopy my hospital felt I needed, but the current regulations would not allow it. So when you get my age, you must rely on God for His help.”

Not all doctors are going along with the collectivist flow of rationing. Some still abide by the Oath of Hippocrates and the teachings of medical ethics — e.g., the requirement that the doctor advises what is in his/her individual patients’ best interest — and not those incarnated in the mythic “collective good.” Another MT reader wrote:  “My dad is 81 and had a colonoscopy last week. He had some polyps removed and has a couple of more embedded that the doctors are removing soon. Eighty-one is now 60. He still plays golf and lives a good life, goes to see his grandsons play ball and remains in very good shape!”

Indeed, with the advances in medicine, freedom of choice, the comforts of free market capitalism, and the continuously improving standard of living for those of us fortunate to be free to pursuit our own health and happiness — we are living longer and leading healthier lives. Eighty maybe the new 60, and 60 is becoming the new 40! In the former USSR, the life span barely exceeded 50. Life span there is now climbing, as the Russians enjoy freedom and a better standard of living — in liberty.

The explanation for rationing medical care is not because of the science, but for what the social planners, supported by elitist bioethicists and organized medicine led by the AMA, call “the rational allocation of finite health resources” — treating patients not as human beings but as mere statistics. PSA testing perhaps may not be medically justifiable at age 80 in an unhealthy individual, but the word on mammography and colonoscopy is not in yet for most men and women, particularly those who have striven to be healthy! Moreover, we should err on the side of preserving life. Despite what collectivists may lead you to believe: One size does not fit all!

Let me tell you one more story: A close and dear relative of mine was found by colonoscopy to harbor a colon polyp at age 83. Her surgeon who practiced medicine according to the individual-based medical ethics of Hippocrates — and not the utilitarian, population-based (collectivist) ethic espoused by government bioethicists — told her it would become malignant, and so she had it resected. Today, 13 years later, she is 96 remains healthy and still enjoys working in her garden and flowerbeds.

What is my advice to seniors? Exercise gently both mind and body, cultivate your garden, stay healthy, choose your doctors carefully, and beware of those bearing false gifts, telling you with kindness your life at your age is not worth living. Senior friends, for those of you remaining active and healthy: 80 is now the new 60!

Miguel A. Faria Jr., M.D. is an Associate Editor in Chief and World Affairs Editor of Surgical Neurology International (SNI). He is Clinical Professor of Surgery (Neurosurgery, ret.) and Adjunct Professor of Medical History (ret.), Mercer University School of Medicine. Dr Faria is an ex-member of the Injury Research Grant Review Committee of the Centers for Disease Control and Prevention (CDC). 2002-05. He is the author of Vandals at the Gates of Medicine (1995); Medical Warrior: Fighting Corporate Socialized Medicine (1997); and Cuba in Revolution: Escape From a Lost Paradise (2002). His website is http://www.haciendapub.com

This article may be cited as: Faria MA. Rationing irrationality in Anticipation of ObanaCare. HaciendaPublishing. October 4, 2013. Available from: https://haciendapublishing.com/faria-rationing-irrationally-in-anticipation-of-obamacare/

The images used to illustrate this commentary came from a variety of sources and did not appear in the version published in GOPUSA on October 4, 2013. They were added here for the enjoyment of our readers at HaciendaPublishing.com.