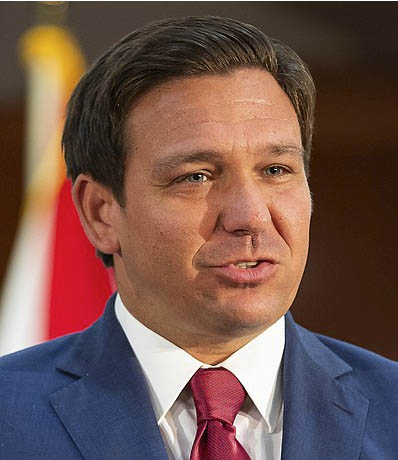 DeSantis Shows Republicans the Way to Win by Jeff Crouere

Over the past few decades, very few real fighters have been in positions of power in the Republican Party. Exceptions to this rule were tremendous leaders such as Ronald Reagan, Newt Gingrich, and Donald Trump who were accomplished and effective in their roles.

As both a candidate and President, Trump was especially successful as a counter puncher, responding in kind when he was attacked. Unfortunately, for President Trump, the attacks never ended, and he rarely received the support he needed in the United States Congress.

Today, the GOP is saddled with unimpressive and docile leadership in Congress, considering the massive problems that are facing our country. In the United States Senate, Minority Leader Mitch McConnell (R-KY) is a deal maker who is constantly abandoning conservative legislation to please his friends on the “other side of the aisle.”

In the U.S. House of Representatives, House Minority Leader Kevin McCarthy (R-CA) is more conservative than McConnell, but he is not as aggressive as needed to combat the horrific agenda of the Democratic Party. He should take lessons from the stalwart members of the House Freedom Caucus.

We can never forget that when the pressure was on in the aftermath of the January 6, 2021, protests in the U.S. Capitol, McCarthy was recorded on a phone call agreeing that President Trump should resign and criticizing his actions on that day. Amazingly, he was calling for President Trump’s resignation even though he clearly urged his supporters to “peacefully and patriotically make your voices heard” during their protest. Trump never called for an overthrow of the government, an insurrection, or any type of violence.

History shows that McCarthy and McConnell, like so many Republican leaders, collapse after demands from the left. This is not the type of leadership the Republican Party or the country needs during this critical juncture.

Throughout America, our major urban areas have been destroyed by dangerous left-wing policies enacted by Democratic Mayors. The Biden administration, along with Democratic majorities in Congress, is pursuing the most radical agenda in the history of our nation.

To oppose these destructive policies and the powerful forces in the Deep State, the media, special interest groups, Hollywood, our universities, and labor unions that provide financial and political support, the GOP must have especially strong leaders to fight back.

Today, one person stands out as the type of politician the Republican Party needs. The most effective political leader in the country today is Florida’s Republican Governor, Ron DeSantis. With his successful policies, people are flocking to Florida to participate in their booming economy. DeSantis believes in freedom and is constantly fighting the “woke” left on a range of issues.

With an outstanding record, DeSantis has turned a state that was considered “purple” into a solid “red” state. Republicans are doing well in Florida thanks to his popularity and his ability to effectively communicate with the voters of his state.

DeSantis is on course to win a strong re-election after barely defeating an extreme leftist four years ago. What has changed? Much of the credit must be given to Ron DeSantis. When attacked by the left or the media, he fights back. Often, his news conferences are sparring sessions with progressive reporters who are editorializing and not acting like objective journalists.

When Hillsborough County District Attorney Andrew Warren claimed he would not enforce the state’s 15-week abortion ban, and refuse to prosecute certain crimes, while supporting gender transition treatments for minors, the Governor removed him from his office. According to DeSantis, “Prosecutors have a duty to enforce the law, not pick and choose which laws they agree with.”

This decision was met with howls of protest from Warren’s Democratic supporters, but it was also greeted by staunch support from the state’s law enforcement leaders. Even though Warren sued the Governor and wanted to be reinstated, DeSantis refused to retreat.

This is what is in noticeably short supply among the ranks of GOP politicians, resolute leaders with a backbone.

Another example was the Governor’s move last week to fly fifty illegal immigrants to Martha’s Vineyard. It was a brilliant way to expose the hypocrisy of the left. After the migrants arrived in the progressive playground, community leaders were outraged.

It caused a full-blown emergency, resulting in the National Guard being deployed to remove the migrants. This did not display much of a caring attitude from leftists who love to tout that they support “sanctuary cities.”

DeSantis noted the irony of President Joe Biden criticizing his decision to transport migrants to Martha’s Vineyard. He said, “I also was a little bit perplexed when I heard that the president is scrambling to get his Cabinet together to try to address the fact that you have governors who are helping to relocate illegal aliens to sanctuary cities. Now, he didn’t scramble to get his Cabinet together when we had millions of people illegally pouring across the southern border.”

DeSantis also observed that Biden paid more attention to what he and Texas Governor Greg Abbott did instead of the worsening crisis caused by the open border. According to DeSantis, Biden did not “scramble to get his Cabinet together when we had Americans that were victimized by criminal aliens that he let across the border. You didn’t see him scramble to get his Cabinet together when we hit record fentanyl deaths, which, that fentanyl is coming across his open border. It’s only when you have fifty illegal aliens end up in a very wealthy, rich sanctuary enclave that he decides to scramble.”

Due to his successful policies in Florida, donations are flowing into this campaign coffers. Since January 2019, DeSantis, along with his political action committee, has raised an astounding $177.4 million. This is $46 million more than President Trump has collected and a shocking $159 million more than the amount raised by former Vice President Mike Pence.

DeSantis is showing the Republican Party how to lead, and voters, as well as donors, are enthusiastically responding.