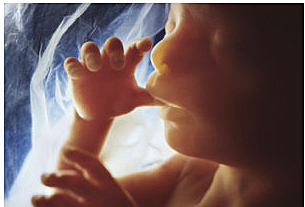 Bioethics — Should they encourage the killing of unwanted newborn infants?

In medicine and surgery, traditional medical ethics have been based on the Oath of Hippocrates that has endured through the centuries because its precepts are patient-oriented — namely, that the first consideration of the physician is the needs of the individual patient. Doctors are sworn to do no harm and to advise and do what is in the best interest of their patients; third-party payers, insurers, society and the State are (or should be) secondary considerations.

For several decades progressive academicians have been pushing for a new term — i.e., bioethics.[3] And even more recently, a newer term, tailor-made for the neurosciences and neurosurgical specialties, has come into vogue — i.e., neuroethics.[2]

Bioethics (and potentially neuroethics) is based on utilitarianism and collectivist, population-based ethics that are susceptible to manipulation by social engineers, and the influence of government monetary and funding considerations.[1-4] Bioethics and the veterinary ethic are applicable to humane animal research and when treating sick and injured animals — in which the veterinarian does not act necessarily in the best interest of the injured animal, but according to the wishes of the animal’s owner, the person responsible for paying the bill — but not sick human patients.[2-4]

Bioethics is not concerned with individual autonomy, natural law, moral principles, or the dignity of human life, as it claims. Instead, its tenets are based on situational ethics, moral relativism, utilitarianism, and what is in the best interest of society or more apropos, the State. Attorney and moral philosopher Wesley Smith has called the bioethics movement “a culture of death” because it supports euthanasia of the elderly and infirm; abortion on demand; physician-assisted suicide; the withholding of food and water for terminally or chronically ill patients, etc.[8] (The telling image on the left is courtesy of Georgia Right to Life.) Pope Benedict XVI decried the movement and reaffirmed the tenets of beneficence, nonmaleficence, natural law, and the sanctity of human life.[9]

As far as the reach of the bioethics movement, I thought I had heard it all with the call for a limit to human life by age 75[4] and the concept of the “duty to die.”[3,8] But I was wrong. The most recent call by some of its members is for infanticide, the horrendous killing of healthy newborn infants, with or without congenital anomalies or defects, as inconvenient superfluities to be discarded like unwanted trash. And the article has been so popular with bioethicists that it has been published and republished with ghastly élan by various biomedical journals, including the Journal of Medical Ethics and the prestigious British Medical Journal.[7]

In the landmark article, “After-birth abortion: why should the baby live?” — authors, Alberto Giubilini and Francesca Minerva, writing from their respective Centres for Applied Philosophy and Public Ethics at two respected universities in Australia, argue that “having a child can itself be an unbearable burden for the psychological health of the woman or for her already existing children, regardless of the condition of the fetus.”[7]

Therefore society’s answer to the dilemma of unwanted children in the minds of these bioethicists should be the legal killing of the newborns, which they refer to as “after-birth abortions.” The moral justification propounded by these philosophers/bioethicists is that newborns do not have the “moral standing” of persons and the potentiality for the development into persons is “morally irrelevant.”[7] Moreover, parental adoption, they claim, is not always in the best interest of the parties involved. Interestingly enough, although the article has made the circuit in the bioethical circles, the American media, quick to report progressive ideas with which they uniformly agree, have hushed up the shocking proposals. And this is with good reason, for in their conclusion the authors agree that if abortion of normal healthy fetuses is permissible, they see no reason why it cannot be so for newborn infants, who like fetuses, are also potential but not actual moral persons.[7]

We have been sliding down the slippery slope of utilitarian bioethics and moral relativism for some time, but few physicians — if published letters to editors in newspapers or medical journals is any guide — seem to have noticed and objected. Of course editors decide what gets and does not get published, and frequently they play the role of censors, subject only to the rule of being pipers playing the tune called for by expedient and pragmatic medical organizations.  It must be admitted then that those of us who have been warning about a slippery slope have turned out to be correct. But is it to late to stop the slide of moral relativism in science and medicine, if not in the cesspool of the popular culture?

As I have written elsewhere, Dr. Leo Alexander, an eminent psychiatrist and chief U.S. medical consultant at the Nuremberg War Crimes Trials described how German physicians became willing accomplices with the Nazis in Ktenology, “the science of killing.” Dr. Alexander wrote that “from small beginnings” the values of an entire society may be subverted, and “it is the first seemingly innocent step away from principle that frequently decides a life of crime. Corrosion begins in microscopic proportions.”[5]

Many deluded people may think this is personal freedom. It is not; it is a violation of the natural right to (and the sanctity of) life. Life precedes liberty. Governments have a penchant to arrogate political power to enforce expedient fiscal considerations. What if the State bolstered by political expediency and the fiscal burden of some unwanted babies — just as the old and infirm who are already subject to euthanasia in some countries — decides that newborns with disabilities or even normal babies are not worth the expense?

Are we already too far down the slippery slope of the bioethics movement to stop its utilitarian tenets and moral relativism stemming from the dystopia of academia from permeating into society and in preventing the State from assuming these dangerous prerogatives?

4. Faria MA. Bioethics and why I hope to live beyond age 75 attaining wisdom! — A rebuttal to Dr. Ezekiel Emanuel’s 75 Age limit. HaciendaPublishing.com, November 5, 2014. Available from: http://surgicalneurologyint.com/surgicalint_articles/bioethics-and-why-i-hope-to-live-beyond-age-75-attaining-wisdom-a-rebuttal-to-dr-ezekiel-emanuels-75-age-limit/

Edited versions of this article appeared in the Macon Telegraph, July 22, 2015, and under the title “Progressive Bioethicists Encouraging the Killing of Newborn Babies” on GOPUSA, July 28, 2015.

This article can be cited as: Faria MA. Bioethics — Should they encourage the killing of unwanted newborn infants? HaciendaPublishing.com, July 12, 2015. Available from: https://haciendapublishing.com/bioethics-should-they-encourage-the-killing-of-unwanted-newborn-infants/