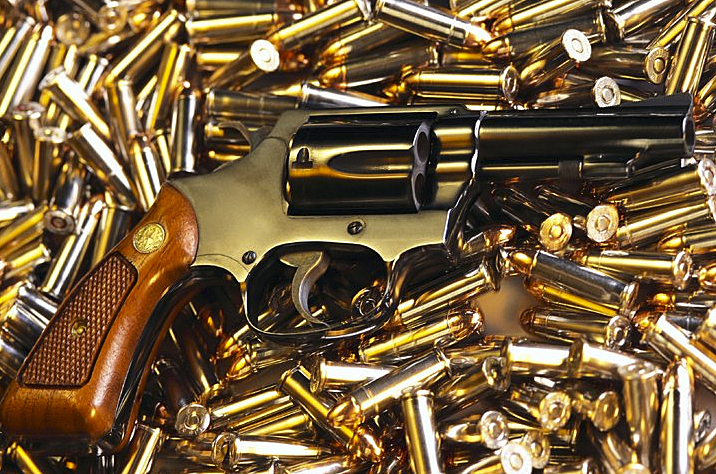 Once again, the gun control lobby, headed by the Brady Campaign to Prevent Gun Violence (formerly Handgun Control, Inc.) and the nebulous Coalition to Stop Gun Violence, and incarnated in Congress in the person of Sen. Charles Schumer, D-N.Y., is using the ghastly acts of madmen or fanatic terrorists, this time a cowardly sniper, to call for further gun control measures to disarm law-abiding Americans.

This time the false panacea is “ballistic fingerprinting,” which, purportedly, would have “solved this crime after the first shooting.”

Second, with a premeditated murder or terrorist shooting, as in the aforementioned case of the Washington, D.C.-area sniper, the markings on the bullet or cartridge casing could be altered by the culprit in anticipation of the planned shooting, making “ballistic fingerprinting” useless.

In fact, this has been the case in the two states where it has been used. As science writer Steven Milloy points out, although Maryland and New York require ballistic fingerprinting, so far the scheme has not helped convict a single criminal in either state despite the testing of thousands of guns.(1)

What has happened in Maryland ­ and what the gun control lobby hopes will happen elsewhere ­ is that gun sales have dropped significantly in that state, to the lowest level in the last 10 years. One way or the other, gun prohibitionists want to have their way ­ whether it is with unmeritorious lawsuits, as with indiscriminate litigation, suing legal firearm manufacturers, or by pushing half-cooked schemes bordering on junk science ­ to circumvent the natural right to self-defense and the constitutional right to keep and bear arms enshrined in the Second Amendment.

Ballistic fingerprinting as a preliminary step to universal registration of firearms hangs over the head of the civil liberties of lawful gun owners like the sword of Damocles, a perilous threat to individual liberty.

William J. Vizzard, chair of the Division of Criminal Justice at California State University-Sacramento and retired Bureau of Alcohol, Tobacco and Firearms (BATF) agent, posits that the scheme will be not only expensive, with prohibitive costs, but also unproven and logistically unworkable. Additionally, it will also require a national database for implementation.

And there will be other problems: “One could use a firearm manufactured before the initiation of the ballistic data collection. Alternatively, a firearm such as a revolver or a bolt-action rifle that did not automatically expel a cartridge case combined with a bullet that fragmented so severely on impact that it could not be scanned into the system would provide no evidence. Nor would projectiles fired from shotguns.”(2)

Furthermore, government agents would have to “locate and catalogue the guns currently in private hands. How could the owner of a suspected gun be identified if the gun were stolen?” Indeed, Vizzard alludes that a national system of gun owner licensing and firearm registration would be necessary, and therein lies the rub.

Behind the cowardly sniper shooting incidents, we find another exploitable incident and another scheme by the gun prohibitionists to proceed with their Fabian strategy to disarm lawful Americans step by step: Licensing, registration, followed by the banning of more and more varieties of firearms (e.g., remember: “Saturday night specials,” they were too small and cheap; “assault weapons,” they are too big and threatening), eventually, confiscation.

And yet the American public knows better. Firearm sales are on the rise almost everywhere, and so is the issuance of concealed carry permits in the various states of the Union.

Citizen homeland defense should begin at home, and every lawful American who wishes to own and carry a firearm for self- and family protection as well as to defend his/her homeland, should be allowed to do so.

The same various states of the Union should encourage their law-abiding citizens to own firearms to defend home and country.

1. Concealed carry permits (CCP) laws should be expanded and liberalized so that lawful citizens can carry their concealed firearms into more public places (bar and taverns exempted), anywhere terrorist acts and criminal shootings may take place endangering the lives of innocent people.

2. Gun training and safety programs should be expanded. BATF should improve its image and assist local police with this endeavor and provide facilities ­ such as shooting ranges.

3. Reciprocity between CCP states should be relaxed and legislation passed at the national level so that lawful Americans who wish to do so can contribute to citizen homeland defense. Let’s show the terrorists and the enemies of freedom that acts of terrorism and other ignominious acts perpetrated against the American people in the land of the free, home of the brave will only stiffen our determination to protect and preserve our God-given rights and liberties.

One reason I am confident that citizen homeland defense, if implemented, will be successful is that we already have an armed citizenry in these United States of America.

And if there is one thing we are learning ­ whether from the increasingly reported cases of citizens, including women, defending themselves in their homes and workplace from criminal and/or sexual predators with firearms, to the ignominy of the 9/11 tragedy and the ongoing deadly shooting rampage of the cowardly sniper(s) ­ is that we have to take personal responsibility for our own safety. The police simply cannot be everywhere at all times to protect us from the criminal and terrorist elements in our midst.

And lest we forget, James Madison reminded us long ago that the advantage we Americans have over every other nation is that we are armed. We must preserve our God-given and natural right to keep and bear arms for our own defense, as well as to maintain the final bulwark against those who, fomenting fear or terror, may mistakenly attempt to take our lives, usurp our liberties or hinder our pursuit of happiness in freedom.

Miguel A. Faria Jr., M.D., is Editor-in-Chief of the Medical Sentinel and author of Vandals at the Gates of Medicine (1995); Medical Warrior: Fighting Corporate Socialized Medicine (1997); and for the lesson of gun control in Cuba, see his latest book, Cuba in Revolution: Escape From a Lost Paradise (2002). All three books are available from HaciendaPublishing.com.

This article may be cited as: Faria MA. Ballistic Fingerprinting versus Citizen Homeland Defense. NewsMax.com, October 21, 2002. Available from: https://haciendapublishing.com/ballistic-fingerprinting-versus-citizen-homeland-defense/.