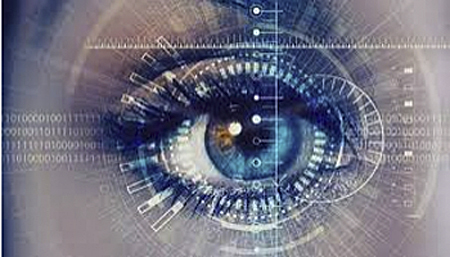 Thomas Jefferson once admonished us that “the natural progression of things is for liberty to yield and for government to gain ground.” In this, as in his many other admonitions to posterity, he was immensely correct. Georgia was one of several states like Colorado, Texas, and California to implement a fingerprint requirement for obtaining a driver’s license. A recent report in The American Sentinel (issue #613; Editor: Lee Bellinger, P.O. Box 12497, Charlotte, NC 28220-2497 ) reveals that universal fingerprinting has been directed from Washington through the state departments of motor vehicles (DMV).

As happened here in Georgia, implementation of DMV fingerprinting was portrayed as a state issue rather than a federal mandate and an assault on privacy, and it was passed swiftly before the public could be mobilized to oppose it.

Now we learn that buried on page 650 of the national defense bill (H.R. 3610), which passed overwhelmingly by the House of Representatives on September 28, 1996, “each states’ department of motor vehicle will require fingerprinting (or other forms of ‘biometric’ identification) as a condition of obtaining a driver’s license, no later than October 1, 2000.”

In the words of Senator Diane Feinstein (D-Ca), “Congress must implement a national ID card with ‘a magnetic strip on it in which the bearer’ unique voice, retina pattern, or fingerprint is digitally encoded…’ ” Remember that during the 1993-1994 health care debate, Hillary Clinton wanted to give us a national health ID card in exchange for “free health care that could not be taken away.” It was soundly rejected by the American people who opted for the freedom to choose rather than false security .

It is further enlightening that, Willy Heidinger, president of Dehomag Industries, speaking about his company’s production of the Hollerith, the world’s first population control and surveillance computer, commented, “We are recording the individual characteristics of every single member of the nation onto a little card…We are proud to be able to contribute to such a task that makes available to the physician of our German body-social the material for his examination, so that our physician may determine whether, from the standpoint of the health of the nation, the results calculated in this manner stand in harmonious, healthy relation to one another, or whether unhealthy conditions must be cured by corrective interventions…we have firm trust in our physician and will follow his orders blindly, because we know he will lead our nation towards a great future” — that was in 1934, Nazi Germany, Berlin.

This letter to the editor was originally published in The Washington Times (National Weekly Edition), May 3, 1998.