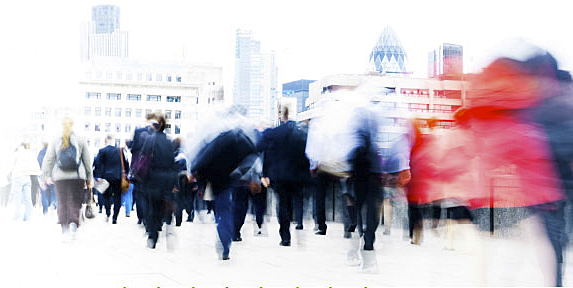 Working people, politics and Trump — Answer to a reader

Politics is politics, and to paraphrase the remark misattributed to Bismarck, “politics are like making sausages, not a pretty sight.” Trump, bombastic and offensive to some, is using populism and taking advantage of the disaffection and anger of American voters to get elected president. He did not become a successful businessman from idiocy and pomposity, but from cunning, common sense, and hard work.

In a simple, open letter to Donald Trump published in the Telegraph [July 25, 2016], Douglas Fingle, a concerned Georgia voter, wrote that his daughter needed convincing to vote for Trump. He wanted Trump to explain “how he would help young, hard-working people like his daughter… help her save for the future, reduce her cost of living and make her life better for the next four years.”

If I may be so bold, given what I have read, and until Trump himself replies, I would reply to both father and daughter as follows: The Republican Party — of which Trump is part, and for better or for worse, its leader, despite differences with former party leaders — is the Party of opportunity for all in the United States, principally the working people. In some third world countries “progressive” and socialist parties may do at least temporarily a better job for the dispossessed and downtrodden, but not so in America. Young people, who want a bright future ahead of them, in particular, and hard-working people, who are having a hard time at the present time, in general, should support Trump. He is the person, and the GOP the party, to vote for because they support less taxation, less government regulation, and more individual and economic freedom with greater opportunity for all.

Trump is for less government intrusion, less red tape, less regulation, and less taxation, which results in more economic freedom, more choices, and more opportunities. Economic freedom leads to more job creation, higher salaries, and thus more savings, more wealth and prosperity for all, particularly thrifty, working people. Those dependent on government, such as the elderly with Medicare and Social Security, and those with real disabilities, have nothing to fear from Trump and the Republican Party. Trump has said he will not abandon these people. Those time-honored programs are here to stay, and are protected, unless the Democrats with their heavy spending habits, and profligate policies bankrupt them. Thus economic security is not provided by the Democrats, despite promises and demagoguery, because of their penchant for fiscal irresponsibility. And because they are soft on criminals, they offer less personal security than Republican legislators; their panacea for crime is gun control, disarming the law-abiding and not the criminals. This makes no dent in crime because criminals do not obey the gun— or any other laws.

Truly the Democratic Party relies on disaffection, bad times and government dependence (photo, below), and their leaders in turn depend on, and expect, the votes of the dependent population to keep them in power, promising largesse derived from the thrifty and working Americans. Democrats rely on these failed policies to maintain themselves in power. Sadly, they are afraid that wealth, prosperity and advancement, will cause people to bolt from their party, so government dependence for them is the order of the day.

It is the idle but able-bodied person, who prefers to ride in the cart pulled by others rather than engage in work, who should fear Trump and should vote for Hillary Clinton. Honest working people, who want to be left alone to enjoy the fruits of their labors, or save for the future, should vote for Trump. The Republican Party believes that government should protect the basic rights of Americans to be able to pursue life, liberty, property, and happiness. The Democratic Party believes in socialism even though they don’t admit it, except for Senator Bernie Sanders, who as a self-proclaimed socialist — and as the e-mail scandal at the DNC testifies — was denied a fair chance at the nomination by the Democratic leadership.

As to the commitment to the working class people, let me quote from a harsh but insightful reply posted by Mike Ganas, a frequent commenter in the Telegraph, in response to columnist Erick Erickson’s repeated attacks on Trump:

“You hate Trump…. because he stands up for us little people, us riffraff, us working trash. You and your elitist masters want cheap third world labor because it drives our wages down to put money in a few pockets at the top. It just kills wanna be elitists like you to see regular middle class working folks do well, even though it isn’t taking anything away from you. You want all the money to go right to the top instead of us working folk being able to earn a decent living and provide for our families and send our kids to the same school as yours.” [July 22, 2016]

Government assistance should be provided only to those who genuinely need it and according to the law. We should remember that what government gives with one hand, it can take away with the other; so the best security is provided by savings, hard work and investments, not empty government promises, which is what Hillary and the Democrats propound in this election. Vote for Trump and a better future!

Miguel A. Faria, M.D. is a retired neurosurgeon and author of “Cuba in Revolution: Escape from a Lost Paradise” (2002). His website is haciendapub.com.

This article may be cited as: Faria MA. Working people, politics and Trump — Answer to a reader. HaciendaPublishing.com, July 28, 2016. Available from: https://haciendapublishing.com/working-people-politics-and-trump–answer-to-a-reader/

This article was also published in the Macon Telegraph July 29, 2016.