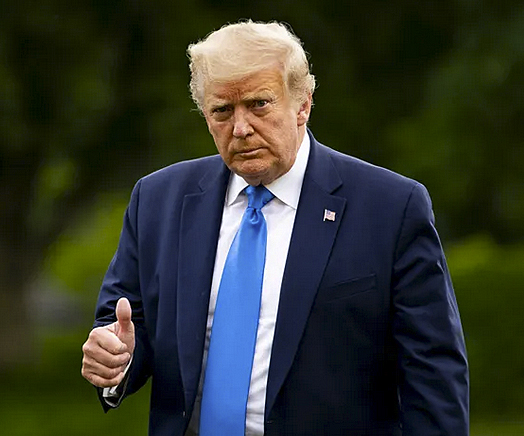 A recent column by Bill Ferguson, a Telegraph (Macon) columnist, discusses the art of the possible, certainly not in terms of mathematical probability, but in terms of historical political guesswork. Ferguson asks, “Could Trump be worst U.S. President ever?” One suspects wishful thinking in this act of political divination. Apparently, Ferguson thinks he has found a roundabout way to belittle President Trump (without appearing to do so) and make wishful-thinking prophecies based on irrelevant and biased history. After all, if memory serves me correctly Ferguson once described himself as a moderate Republican. But to ponder his question, let’s say that in politics as in everything else, as Benjamin Franklin admonished us, “in this world nothing can be said to be certain except death and taxes.” With that said, let me venture to answer Ferguson’s question by saying: Yes, this is possible, but highly unlikely. Trump may be narcissistic and bombastic, but he is a very smart man.

A better question though would be: Will Barack Obama surpass Jimmy Carter as the worst president within living memory? We have much more concrete data on those two completed presidencies. In the case of Trump, the leading question, the wishful thinking divination turned into a question, seems a bit premature. After all, Trump has barely passed his first hundred days in office!

Ferguson says he “researched some presidential ranking lists produced by professional historians.” But I’ve also researched these lists, compiled by the progressive historians who love to make such prejudicial lists, and found them so biased as to be worthless as objective criteria for such ranking. The ivory towers of academia have become so liberal that such compilations could be better produced by amateur historians or well-informed Americans. I’ve even argued elsewhere that the increasing and overwhelming liberal bias of the progressive establishment is the biggest threat to freedom our nation faces. So let us ignore this “research” that places George W. Bush — the president who bravely presided over the greatest catastrophe to occur on American soil since Pearl Harbor — as the worst president in recent years. Imagine that, George W. Bush a worse president than Jimmy Carter! And let’s not go as far as the Civil War to judge, but consider two recent presidents who were not, apparently, on Ferguson’s list of bad or mediocre presidents: Jimmy Carter and Barack Obama.

We do know with certainty that Barack Obama received a Nobel Peace Prize before he even did anything as president, certainly before he bombed Libya, a peace prize he truly did not deserve; race relations reached a nadir under his presidency; Obama restored relations with Cuba, which Raul Castro later disavowed, ordering a military parade blasting and insulting ex-President Obama. It is true that ObamaCare became law (by a Democrat Congress that passed it, as House Speaker Nancy Pelosi advised, “We have to pass the law before you can see what is in it“). Unfortunately for Obama’s legacy, as in the case with the evanescent “better U.S.-Cuban relations,” ObamaCare is on its last leg. Obama’s policies generally were such failure that the Democrat Party was drubbed in the last election, losing not only the presidency, but the majority of governorships, the House of Representatives, and the Senate — a complete political rout.

Nevertheless, it would be difficult for Obama to eclipse Jimmy Carter in national declivity. Jimmy Carter gave us the Iranian hostage crisis, military impotence, national pusillanimity, and four years of malaise, economic stagnation, and general misery. In world affairs, during the Carter presidency, communism advanced in Asia, Africa, and Latin America at the expense of America’s former friends. So I let Ferguson and the “professional historians” answer which one of these two presidents was the worst. Unlike Ferguson’s initial query, my alternative question can be argued with historical facts, logic and even figures, rather than with the overt bias and wishful thinking divination so revealing in the title of his column.

But what can we say so far about Trump? True, we can say he is bombastic and flexible, subject to changing his mind when facts and logic so dictate. After all, he was not a professional politician or community organizer before taking office, but a self-made and highly successful businessman.

With Trump at the helm, the stock market has gone up 3000 points, the economic outlook of the country has changed for the better, hiring has gone up, and new businesses have started. One is reminded of the malaise years of Jimmy Carter suddenly transformed by the optimism and prosperity of the Reagan presidency!

With Trump, once again the United States has asserted itself and regained the respect it had lost over the years. Ordered by President Trump, the U.S. launched, a massive missile strike on a Syrian airbase of dictator Bashar al-Assad in retaliation for a chemical attack in which at least eighty of his own people, including dozens of women and children, were killed. Although I am skeptical about this action, I admit that Trump’s Syrian strike will let rogue nations know that war crimes will not be tolerated and that the U.S. will act vigorously when necessary.

Trump also dropped the Mother of All Bombs against ISIS in Afghanistan, destroying a whole nest of terrorists and their underground hideouts. Well done! And Trump has answered the challenge that has been neglected by Obama, taking a stand against North Korea and its dangerous dictator Kim Jong-un, sending to the Sea of Japan in North Korea’s own backyard a nuclear-powered submarine and the USS Carl Vinson aircraft carrier group including battleships. These were not unprovoked offensive actions, but a defensive response to North Korea’s repeated ballistic and nuclear threats against South Korea, Japan, and the United States. Trump has warned Kim Jong-un that an intercontinental ballistic missile test aimed at the United States by North Korea “will never happen.”

Ferguson let us know where he was headed by the title of his column, stating that this early in his presidency Trump has “the lowest ever recorded approval rating.” But Ferguson failed to tell us that according to the same report, Trump still has the support of 96% of those who voted for him, and that the hostile media in the same report have had to admit that very likely Trump would also now win the popular vote if the election was to be held again — and just after less than 4 months in office! We will have to let Ferguson keep wondering and pondering the imponderable. Irrelevant history lessons and biased historian lists have led Ferguson to wishful-thinking divination— but such political divining can easily become self-delusion and reveal the real political stand and bias of the wishful thinker!

This article may be cited as: Faria MA. Wishful thinking and divining Donald Trump. HaciendaPublishing.com, April 30, 2017. Available from: https://haciendapublishing.com/wishful-thinking-and-divining-donald-trump-by-miguel-a-faria-md

A similar but less illustrated version of this article also appeared in the Telegraph (Macon) on May 1, 2017.