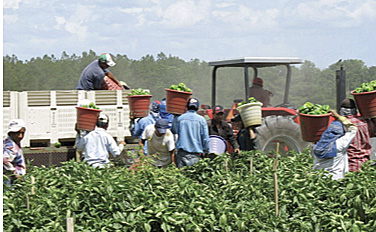 Trump, the Pope, and Immigration

My mother and I recently had a difference of opinion regarding Pope Francis. I said that he was naive and certainly not of the caliber of his two previous distinguished predecessors, the two towers of intellect: John Paul II, canonized as Saint John Paul the Great by his brilliant successor, Benedict XVI. She said Pope Francis knew what he was doing and by his words and action is a communist. He has brought about the friendship between President Obama and a dictator, who along with his more majestic brother, has held the Cuban people captive for over half a century. Pope Francis has done his best to preserve the communist dictatorship presently and for the foreseeable future in Cuba, and seems to have succeeded; never mind the continued political repression and misery of the Cuban people. Which one of us is right? Probably my mother who has experienced the tribulations of both religion and politics longer than I have.

And so as we approach the 2016 American presidential election, we have at the head of the Catholic Church a political Pope Francis, who said about Trump: “A person who thinks only about building walls and not bridges is not Christian.” With that sally into politics and effusive religious condemnation, the pope has not only shown a lack of statesmanship and judgment, but has also violated his own maxim pronounced a few months ago, when in reference to homosexuality, he rhetorically asked, “Who am I to judge?” This new impertinence and poor judgment, for which Pope Francis later apologized, clearly reaffirms the wisdom in the denial of Papal Infallibility — at least with certain popes relatively deficient in intellect and more interested in media headlines and celebrity status than in being a worthy successor to the Rock of the Church and the Vicar of Christ.

And it isn’t that I wholeheartedly support Donald Trump on his idea of building a wall along the Rio Grande, I don’t. Something needs to be done about illegal immigration, but I have reservations about the idea of building a wall along the southern border, an idea discordant with America’s legacy and message of freedom. The Berlin Wall was a totalitarian idea hatched by the communists to keep people in, but it eventually came tumbling down along with communism. Oh yes, I support Trump for president, despite his sometimes insensitive, sometimes bombastic statements. Trump will certainly make a much better president than corrupt and power-hungry Hillary Clinton, who in case of victory will have a determined and authoritarian socialist party behind her. Trump will have problems bringing about and accomplishing certain tasks, such as constructing a wall across the border and having Mexico pay for it.

Controlled legal Immigration from Latin America is needed for two reasons. One reason is tactical: Mexicans and other Hispanics are doing menial labor such as agricultural, industrial, and construction work no one else will do in America, no matter how much this fact is denied. One only needs to look, when driving around, at who is working in the fields harvesting crops, on road construction, landscaping, etc. Why are Mexicans and other Latin-Americans virtually alone doing this type of work? Because many Americans, infected with the germ of socialism, prefer idleness and welfare, and even malingering to avoid work, preferring to live at the expense of others. It is a worldwide problem but it is most acutely observed paradoxically in those countries that have enjoyed freedom the longest but in which creeping socialism has grown to kudzu proportions, such as in the social democracies of Europe and the United States. So it’s that some Americans, unlike many immigrants, do not avail themselves of the opportunity of realizing the American dream. Immigrants want to get in the U.S.; emigrants from the communist bloc during the cold war wanted to get out.

The second reason to allow legal immigration, at least from Latin America, is strategic: Latin-Americans south of the border are our Hispanic neighbors and we need them because Western civilization, of which the United States is the culmination, is dying from lack of cultural pride and the under-reported, catastrophic rapidly declining population rate in Western countries, including the United States. In fact, unless the West stops its cultural suicide and increases procreation, by the end of this century, if not sooner, the Western way of life will be transformed and supplanted by a population explosion on the part of Arabic and other Muslim people. Islam is overwhelming the globe politically, ethnographically, and culturally. Unless the West awakens to this threat, our children and grandchildren will be living in the not-too-distant future under oppressive Islamic theocracies, subject to draconian Sharia law, rather than growing up in liberty protected by the Natural Rights enshrined in the American Constitution.

Those who have an unwarranted pathological fear Catholicism, should remember how the bickering between Byzantine Orthodoxy and Roman Catholicism contributed to the isolation of Byzantium and the cataclysmic fall of Constantinople to the Ottoman Turks in 1453. Moreover, Catholicism is already the largest Christian denomination in the U.S., and throughout the world from the Mediterranean, the U.S. and Latin America to the Philippines. Like it or not, if America and the West are to survive culturally, Catholicism, and not watered down Protestantism, will be the last stand of the West against militant Islam.

We assume that because religion (and ethics) in our Western culture has declined and is not as influential as it once was, that the same holds true for other religions. Not so for Islam. The fact is that Muslims are more loyal to Islam than Westerners are to Christianity. Islam occupies a center position in the life of its adherents, a central position that Christianity no longer occupies in the lives of most Europeans and Americans. There is no separation of “mosques and state” in Islam. Therefore, I can understand why Trump wants to limit Islamic immigration at the present time, and former Speaker of the House, Newt Gingrich, proposed that Muslims should be “tested to see if they believe in Sharia law and deport those who do.”

And while most politicians blather away, the media prevaricate, the politically correct cites multiculturalism and diversity, and those informed and concerned get ridiculed — the future of Western civilization hangs in the balance.

Miguel A. Faria, M.D. is a retired neurosurgeon and author of “Cuba in Revolution Escape from a Lost Paradise” (2002). His website is HaciendaPublishing.com.