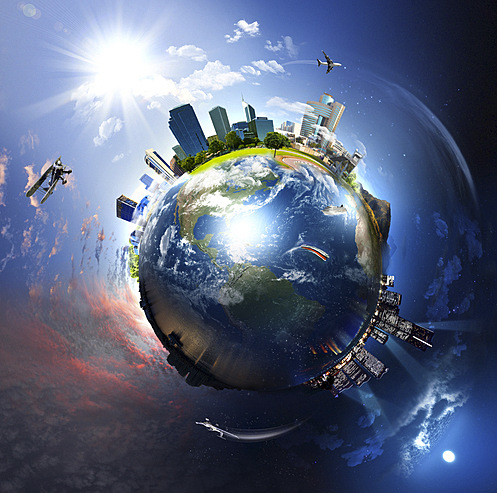 The World — Socio-economics and Politics: 2015 update by James I. Ausman, MD, PhD

Six years ago I was asked to address the Western Society of Neurosurgery comparing the candidates for President Barack Obama and John McCain. I was very blunt, but analytical about both, but my comments about Obama were not well received by the liberal audience. Unfortunately, what I said has come true. But people will forget that also. The same has happened with the socio-economic/political paper I wrote. It has all come true.(1)

I have had many discussions with people over the past months. Some who were Obama supporters and a number are Jews, who formerly supported Obama and now are against him vigorously. I have not asked them, yet, if they would vote for Hillary Clinton against any number of Republican opponents, which they probably would. They and most people do not learn. Antisemitism is on the rise; Jews are leaving Europe. Yet Obama’s popularity, by Gallup poll, is back at 50%. That means that his strategy of buying votes by entitlements is still working. People do not like to give up what is given to them “free.” I do not see any savior on the horizon. That coupled with the huge entitlement mentality, leads me to believe that the direction of the USA ship will not change course even with a Republican president and Congress. The Republicrats are also interested in power and themselves first. That is the nature of corruption. The middle class is being destroyed; there are people looking for work regardless of the employment numbers. The rich are getting richer. And creativity, innovation, and imagination are harder to find. Obviously, religion is being assaulted in favor of the government as God.

To me the only solution that will shake the system will be an economic collapse that will occur worldwide. Every country is printing money, their economies are failing, their currencies are falling, we are in currency wars, their production is falling, and unemployment is high. We need 5% growth to begin to pay off our debt, and we are at 1%-2%. Our total obligations to the people are over $100 trillion dollars. Our national debt is now $18 trillion going to $25 trillion. There is movement to eliminate the $1 trillion in student loans. Taxes bring in $3 trillion. You cannot pay off $18 trillion dollars in debt with $3 trillion dollars in income, all of which is already committed. Money will progressively become worthless. That spells bankruptcy. And more taxes are on the way. I do not see the way out of this with everyone all of a sudden sacrificing for the country and others. And this same problem is a worldwide scenario from Japan to China, Russia, Europe, and North America. South America is also in trouble.

Rudy Guliani said the other night that the more you appease and ignore ISIS, the worse it will get. He has been involved with this issue since the 1980s. He is right. It is the later 1920s and 1930s all over again.

This is not Republican or Democrat thinking, but it is fact. One of the Marxism-Lenin principles is to debase the currency. Here are the 10 things I wrote in the paper as tenets of Marxism Leninism. Rereading them shows how far we have come to fulfilling those goals. The wording and translation may not be exact but the meaning is accurate:

1. The way to crush the bourgeoisie (the middle and upper classes) is to grind them between the millstones of taxation and inflation.

2. The goal of socialism is communism.

4. Give me four years to teach the children and the seed I have sown will never be uprooted.

5. The best way to destroy the capitalist system is to debauch the currency.

7. Crime is a product of social excess.

8. It is true that liberty is precious; so precious that it must be carefully rationed.

9. When there is state there can be no freedom, but when there is freedom there will be no state.

10. Our program necessarily includes the propaganda of atheism.

Thanks to all the citizens helping in the preservation of freedom in the United States and the world.

This article may be cited as: Ausman, JI. The World — Socio-economics and Politics: 2015 update. HaciendaPublishing.com. March 3, 2015. Available from:  https://haciendapublishing.com/the-world–socio-economics-and-politics-2015-update-by-james-i-ausman-md-phd/.