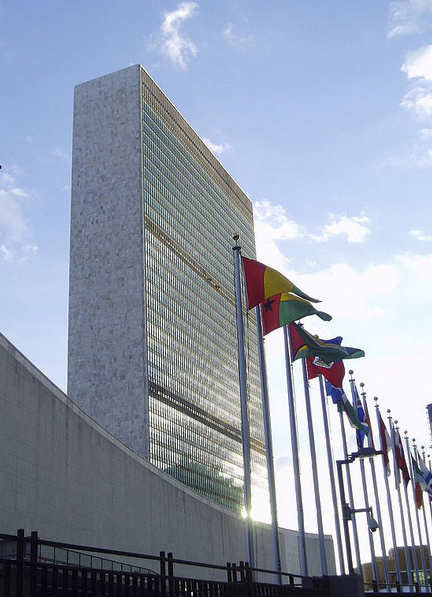 The UN and Gun Rights — Taking a Soporific or Guarding the Precious Jewel?

In a recent article, Bill Ferguson, a local columnist for The Telegraph (Macon, Georgia), attempts to give readers a strong political soporific, as to deaden their need to remain informed and vigilant when it comes to guarding their Second Amendment rights from usurpation by a UN treaty.(1) But before that, he takes a swipe at conservatives, while intimating that he himself is a moderate Republican and was even a Romney supporter in the last election.(2) Once again, we have a liberal writer masquerading as a reluctant Republican or centrist, as to make his snake oil elixir a bit more palatable and convincing to his more conservative readership!

With derision, sarcasm, and subsequent lampoonery, Ferguson writes, “Based on what I have been hearing from many of the people around me since the country re-elected a certain liberal Democrat for another four years, such a collapse [of civilization] is imminent… I’m not sure exactly what all is supposed to be involved in this liberal remaking of America…”

As to the “remaking of America,” let me refresh his memory with the following presidential misdeeds in the realm of economics: The prolonged domestic misery of 23 million unemployed, 8% unemployment (including 50% of black youth), 45 million citizen mendicants on food stamps, gas prices doubled to nearly $4 a gallon, tripling of the national debt ($6 trillion added) — all because of profligate government spending. This fiscal insanity is designed to implement socialistic, wealth redistribution on a broad scale and to decimate the middle class. Obama has the worst job creation record since 1945, while food prices are up more than 25%. The average household income has declined by $4,300, and the middle class that has been pulling the wagon for years, has now lost 1/3 of their net worth. Over 100 million people are on various forms of means tested welfare, and 51% of Americans now pay no federal income tax. Obama has the dubious distinction of being the only U.S. president to preside over the U.S credit being downgraded twice, and the worst economic recovery in 75 years.(3)

In short, Obama has amplified the welfare state, so that more and more people have become totally dependent on government, trading their freedom for what the ancient Romans called panum et circenses (“bread and circuses”), free housing, food stamps, free health care, even free cell phones! All of this largesse extracted via plunder from the fewer and fewer members of the middle class who are still pulling the proverbial wagon, a cart that daily is being ridden by more and more of the dependent citizens now approaching 50% of the population. According to IRS figures for 2009, 10% of citizens now pay 70% of all federal taxes. To enforce the new taxes, Obama has recruited 15,000 new IRS agents, reminiscent of “a swarm of officers” to sap our substance.(4)

And when it comes to respect for the Constitution, which Obama has sworn to defend and protect, he has sided against the States in his support of ObamaCare and amnesty for illegal aliens, this time siding with the UN. He has violated his oath of office in his support (and cover up) of Eric Holder, the Attorney General, in the infamous Fast and Furious scandal, in which the Bureau of Alcohol, Tobacco, and Firearms (ATF), sold illegal arms to the Mexican Drug Cartel in a duplicitous attempt to later cite statistics to push for gun control in the U.S. And yet he supported (all the while denying it) the infamous Section 1021 of the National Defense Authorization Act (NDAA), authorizing detention of U.S. citizens as suspects by the military, increasing government oversight of the Internet, and other policies that undermine the civil liberties and privacy of Americans.

Then Mr. Ferguson continues with the main thrust of his article, “ … One frightening story making my email account light up lately involves an insidious plot to round up and collect all of our privately owned firearms. And they are going to do it through the United Nations. You know nothing good ever comes out of the UN.”(1)

Americans have good reason to dislike the UN. The U.S. funds nearly 25% of the UN budget, and all we get in return is anti-Americanism, insults, third-world corruption, thuggery, and other shenanigans — not the statesmanship we pay for, nor even the bare, baseline diplomacy civilized nations should expect in order to preserve the much-touted world peace!  One only needs to remember that when the UN was empowered in the 1960s, the supposed UN peacekeepers committed atrocities in Katanga, but when massacres of the Tutsis were perpetrated in Rwanda in the 1990s (mostly by the majority Hutus via machete chops not firearms), the well-armed UN peacekeepers stood aside and did nothing.

“According to the alarmist newswire service I am apparently subscribed to, ” Mr. Ferguson writes, “it will provide Obama with a ‘legal way around the 2nd Amendment [sic]’ and will lead to a ‘complete ban and confiscation of firearms.’ ”

By the use of words, I am almost certain one of the emails with which he has been bombarded (and that irritated Mr. Ferguson so much) concerns my editorial published both in my local paper (in which he also writes) and in GOPUSA entitled, “Guns and Freedom: The UN and the Second Amendment.”(5)

And yes the UN has been formulating this Small Arms Treaty, but it has been foiled year after year, because it has been rejected by the American people via the efforts of the National Rifle Association (NRA), Gun Owners of America (GOA), and the opposition in the U.S. Senate. But Obama has been re-elected with a new Senate, and gun owners and freedom-loving Americans must remain informed and vigilant. The language of this treaty has been modified numerous times, and as to what finally will come out, the devil is in the details! Yes, let’s be clear about this; the treaty will have to be ratified by two thirds of the Senate (i.e., 67 votes), and I admit it will be very difficult for the Democrats to pass it, but when we are dealing with something as vital as the Second Amendment of the Bill of Rights, I repeat, we must remain vigilant, because nothing is for certain, except death and taxes.(6)

Again, Mr. Ferguson insists in pushing down the throat of his readers the sugarcoated soporific, “Please allow me to set your minds at ease…I promise you there is no secret UN treaty that is going to give the federal government the right to kick down your door and take away your guns.” I presume Mr. Ferguson is an informed reader and knows that the communist governments of China and the Soviet Union with much larger territories and populations found the logistics and the man power to disarm their people and exterminate at least 45 million of their population in the not-too-distant past 20th century.(7) I also presume that even though Mr. Ferguson is a younger man than me, he still remembers Ruby Ridge, Idaho, in 1992, where a woman, Vicky Weaver, and her son were shot (Mrs. Weaver was shot through the head as she held her baby) by federal agents of the FBI Hostage Rescue Team (FBI-HRT) because her husband allegedly possessed an illegal (sawed-off) shotgun. The murderer of Mrs. Weaver, FBI-HRT sniper Lon Horiuchi, was never prosecuted.(8-9)

More vividly, Ferguson should also remember Waco, Texas, where 76 usually peaceful, religious men, women, and children were shot and incinerated (April 19, 1993) because their religious sect, the Branch Davidians led by David Koresh, had allegedly “violated federal gun laws.” These are only two of the best-known tragic incidents, but there were dozens of “dynamic entries” and even shootings of innocent Americans by the ATF and FBI-HRT during the reign of Attorney General Janet Reno.(8-9)

Finally, as part of the snake oil soporific that Mr. Ferguson wants us to drink, he assures us that “treaties with other countries don’t have the legal standing to override the Constitution…” And while I agree that should be the case, I wish I could be as sure as he is because legal scholars disagree on that point. I discussed this in my article but apparently Mr. Ferguson glossed over the numerous copies he received from his subscription, just as he glossed over the Supremacy Clause of the U.S. Constitution:

The Constitution of the United States
Article VI, Paragraph 2

Thus, the wording is a little tricky, and just as the vote of the Senate is paramount, so is the interpretation of this clause by the Supreme Court. Again, I wish I could be so sure of such a favorable and correct ruling, but then I was almost sure that ObamaCare would be overturned by the Supreme Court, and we now know how Chief Justice John Roberts decided the issue in the end, despite the fact that health care is not a power delegated to Congress in the U.S. Constitution.(11)

And so, while I believe that the Second Amendment will survive the UN challenge in 2013, I agree with Patrick Henry (1736-1799), who warned us, “Guard with jealous attention the public liberty. Suspect every one who approaches that jewel.”(12) And so I propose we reject Mr. Ferguson’s soporific and instead remain informed and vigilant, keeping our Senators’ feet to the fire when it comes to preserving our constitutional liberties, including the precious jewel, the right to keep and bear arms – more apropos vis-à-vis the UN.

3) Most of these are government figures, including the IRS (2009), the Joint Committee on Taxation (2011), and the Tax Policy Center (2011), published in and culled from a variety of media outlets. Some of the statistics come from newspaper articles but they are all easily verifiable.

4) “He has erected a multitude of New Offices, and sent hither swarms of Officers to harass our People, and eat out their substance.” The Declaration of Independence, 1776.

Two years later, as a result of the infamous Waco incident more tragic deaths occurred in the Oklahoma City bombing on April 19, 1995. And for other incidents, see the book The Ballad of Carl Drega by Vic Suprynowicz (2003).

10) The Constitution of the United States. Article VI, Paragraph 2.

This article may be cited as: Faria MA. The UN and Gun Rights — Taking a Soporific or Guarding the Precious Jewel? HaciendaPublishing.com, December 12, 2012. Available from: https://haciendapublishing.com/the-un-and-gun-rights–taking-a-soporific-or-guarding-the-precious-jewel.

An unillustrated version of this article was published on GOPUSA.com on December 12, 2012.

1 thought on “The UN and Gun Rights — Taking a Soporific or Guarding the Precious Jewel?”