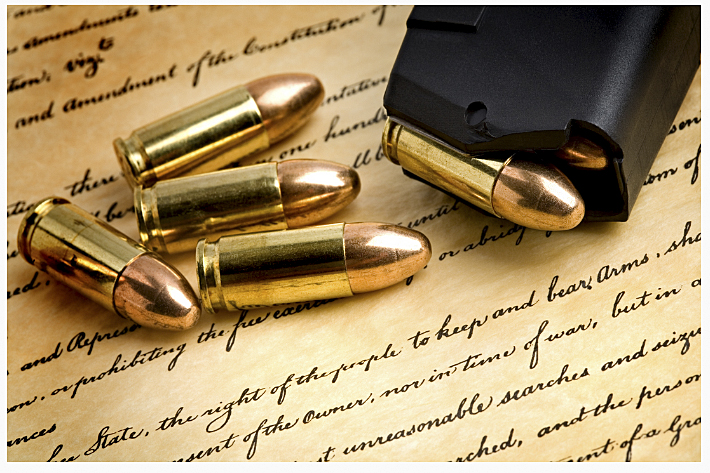 The Second Amendment — Reaching a Consensus as an Individual Right

In public pronouncements, Attorney General Janet Reno’s Justice Department and other administration officials have implied erroneously that the Second Amendment refers to a collective right rather than an individual right. Never mind that when James Madison, the father of the Constitution, wrote, “The advantage that Americans have over every other nation is that they are armed,” and Patrick Henry proclaimed, “The great objective is that every man be armed; everyone who is able may have a gun,” they were elucidating the Second Amendment referred to an individual right rather than a collective right.

The same Congress that passed the Bill of Rights (with the Second Amendment) also passed the Militia Act of 1790, which defined the militia as “every able bodied man of military age.” More recently, in the U.S. v. Verdugo decision of 1990, the Supreme Court held that when the phrase, “the people” is used in the context of the Second Amendment, it means “individuals” — as to mean “the right of the people to keep and bear arms shall not be infringed”; these are the same “people” mentioned in the First, Fourth, Ninth, and Tenth Amendments of the Bill of Rights.

The Bill of Rights was added to the Constitution to limit the power of leviathan government, and individual rights were enumerated in this sacred document, so that they would be specifically protected from the monopolistic tendency of government to wrest power away from the individual citizen. That is why when the great Virginian George Mason thundered rhetorically, “I ask, sir, what is the militia?” He continued, “It is the whole people except for a few public officials. To disarm the people (is) the best and most effectual way to enslave them.”

This latter fact was spelled out in two major Supreme Court cases. In U.S. v. Lopez (1995), in striking down the “Gun Free School Zones Act,” U.S. Chief Justice William Rehnquist wrote that the law was unconstitutional because it would otherwise convert the commerce clause of the Constitution to a general police power it does not possess. And in Printz et al v. U.S. (1997), the Court went a step further and, to the chagrin of the gun control lobby, struck down a major section of the federal Brady Law. Associate Justice Antonin Scalia quoted a passage from James Madison (The Federalist No. 51): “Just as the separation and independence of the coordinate branches of the Federal Government serve to prevent the accumulation of excessive power in any one branch, a healthy balance of power between the States and the Federal Government will reduce the risk of tyranny and abuse from either front.” Attorney Elizabeth Swasey, Director of NRA/ILA Crime Strike, noted in the American Guardian this was the same passage Chief Justice Rehnquist cited in the Lopez case.

In last year’s momentous court ruling of the Northern District of Texas, United States v. Emerson, U.S. District Court Judge Sam Cummings overturned a federal gun law on Second Amendment grounds stating, “The right of the Second Amendment should be as zealously guarded as the other individual liberties enshrined in the Bill of Rights.”

The fight though is far from over. In another ruling in the Western District of Texas, United States v. Spruill, the court concluded otherwise stating, “The Second Amendment does not prohibit the federal government from imposing some restrictions on private gun ownership.” Thus, in effect, the Fifth Circuit Court of Appeals now has two conflicting opinions in Texas, and its awaited decision on the Emerson case is still pending.

Although, there have been no recent Supreme Court decisions on the Second Amendment regarding a collective versus an individual right, various courts have ruled that the individual has the right to keep and bear arms: Presser v. Illinois 116 U.S. 252 (1886); U.S. v. Cruickshank 92 U.S. 542 (1876); Miller v. Texas 153 U.S. 535 (1894); Robertson v. Baldwin 165 U.S. 275 (1897); and Miller v. U.S. 307 U.S. 174 (1939). In this last case (Miller, 1939), the Supreme Court explicitly stated the Second Amendment protected an individual right to keep and bear arms, particularly protecting military-styled (assault) weapons which are considered “part of the ordinary military equipment.” The Supreme Court affirmed this even when Miller and his attorney failed to show up for the hearing and could not be found, and thus, only government lawyers presented their side without rebuttal. No wonder Supreme Court Justice Clarence Thomas has stated that it may be time for the Supreme Court to revisit the Second Amendment, calling it — like his predecessor, Justice Joseph Story (1779-1845) — the palladium of our liberties.

Between 1980 and 1995, of 39 law review articles, 35 noted the Supreme Court’s prior acknowledgment of the individual right of the Second Amendment and only four claimed the right is a collective right of the states (three of these four were authored or co-authored by employees of the gun control lobby).

Since 1995, a consensus has been emerging and constitutional scholars “from across the political spectrum” have concluded that the Second Amendment protects an individual right, a view that is referred to as the “Standard Model” by University of Tennessee Professor Glenn Harlan Reynolds.The nation’s leading legal and constitutional scholars, including Laurence Tribe of Harvard, Akhil Reed Amar of Yale, William Van Alstyne of Duke University, Sanford Levinson of University of Texas Law School, Don B. Kates of the Pacific Institute for Public Policy Research, attorney David Kopel of the Independence Institute, and noted Fairfax, Virginia attorneys Jeffrey Snyder and Stephen P. Halbrook, all subscribe to this “Standard Model.”

Finally, Professors Laurence Tribe and Akhil Reed Amar, writing in The New York Times (Oct. 28, 1999), opine that both the freedom of speech and the right to keep and bear arms are subject to reasonable regulations — which we have known all along. You cannot scream “fire!” in a crowded theater, nor prevent law-abiding citizens from protecting themselves and their families from criminal predators with firearms. And yes, we can lock up criminal predators and keep them away from firearms.

Miguel A. Faria, Jr., M.D. is the author of Vandals at the Gates of Medicine (1995) and Medical Warrior: Fighting Corporate Socialized Medicine (1997).

This article may be cited as: Faria MA. The Second Amendment — Reaching a Consensus as an Individual Right. Medical Sentinel 2000;5(6):213-214. Available from: https://haciendapublishing.com/the-second-amendment–reaching-a-consensus-as-an-individual-right/.