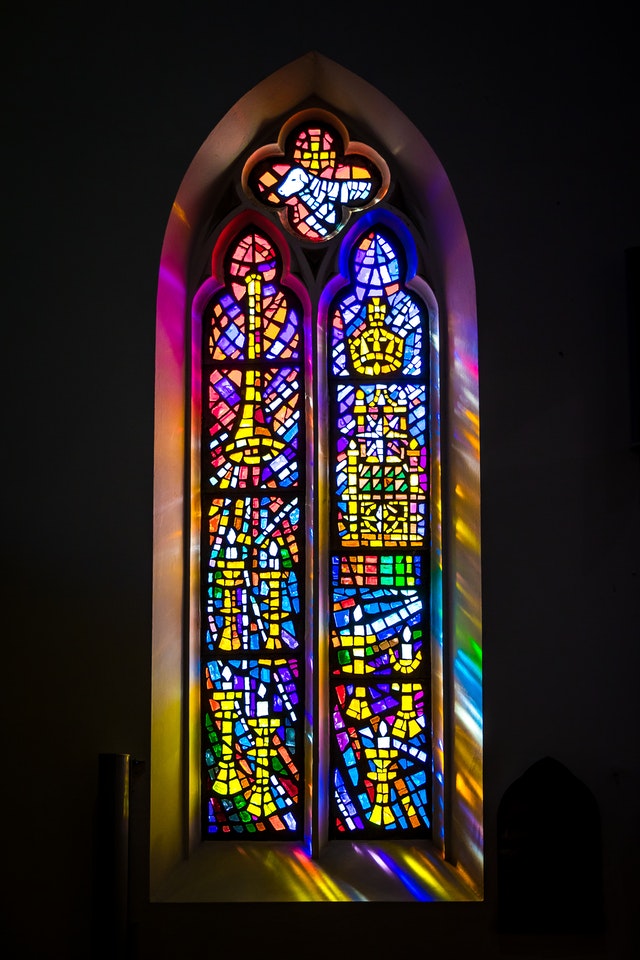 Symposium — An anti-Christian barrage in the midst of the Middle Georgia Bible Belt? (With apology to Alexander Pope)

“A little learning is a dangerous thing; drink deep, or taste not the Pierian spring:
there shallow draughts intoxicate the brain, and drinking largely sobers us again.”
Alexander Pope, An Essay on Criticism, 1709

For the past several months an unexpectedly ongoing and curious religious debate has been raging on the Opinion pages of my local newspaper, the Macon Telegraph. I write “unexpectedly” and “curious” because we are supposed to be living in the midst of the Bible Belt here in Middle Georgia, and one would expect, if anything as it relates to the realm of religion, a Judeo-Christian perspective to be promulgated on Sundays for the benefit of the majority faithful. This should be particularly true given the decidedly progressive bent of the paper the rest of the week; instead, we are presented every Sunday with an anti-religious column written by a former priest, Dr. Bill Cummings, who apparently has an ax to grind against Christianity and Western culture, in general, and his former Roman Catholic Church, in particular.

I’m not a religious person, but since religion is one of the main pillars of Western civilization — a civilization which, like the Catholic Church itself, is so much under attack from within and from without — I believe both Western culture and the Judeo-Christian ethic deserve and need to be defended.(1) Dr. Cummings, incidentally, seems a very likable and intelligent person, except for this persistent detractive obsession of launching anti-Christian barrages nearly every Sunday after Sunday. Moreover, he has staunchly refused to say whether he is still speaking as a Christian and whether he is still part of the Catholic Church. In unguarded moments, Dr. Cummings has tellingly referred to himself (or his website) as the “progressive heretic.” Nevertheless, because of his refusal to admit whether he writes as a Christian or as a “progressive heretic,” he has been defended by several naïve or so not-naïve writers(2,3), who believe him to be a Christian, including a respected former judge, Phil Brown, who incredibly does not seem to know who or what he was defending!(4) Cummings’ greatest defender, though, is a rabid atheist, Jim Sandefur, a local potter, who has written such statements as: “the only good church is a burned down church”(7); “I think all three Abrahamic religions are an insult to the intelligence of mankind, and I will never be able to understand how anyone intelligent enough to turn a doorknob can believe such stupid s***”(14); “If I could go back in time I’d kill Abraham, but the second guy on my list would be Paul. Without him Christianity would not exist today”(13); and repeatedly calls everyone who disagrees with him a “mental midget.”(7,14) This last accusation is not only arrogant but also humorous: Before he had digested his writings, Sandefur ascribed the sobriquet to the theologian-in-chief, Dr. Cummings himself. That was before Sandefur had his epiphany that Dr. Cummings was actually coming from his side! We may disagree with his progressive politics and his heretical theology, but Dr. Cummings is certainly no mental midget. and he very well knows what he is doing: attempting to shake the faith of those who still believe in the Christian God because he himself has lost his faith and has an ax to grind against the same Church that nurtured and instructed him.

Sandefur has also called me a mental midget, which is even more hilarious. Already being a physician at age 24 and having passed the Basic Science part of my neurosurgical boards in the first year of my residency at Emory University (with 4 more years still to go in my training!), roughly equates my IQ to at least 130!(5,6) I declare these admissions, not from arrogance or to beat myself on the chest, but to reassure the many commenters in the Macon Telegraph, who have been offensively and derisively attacked by Sandefur with such appellations as “mental midgets” and “ignoramuses,” either because they are professed Christians or simply because he disagrees with their opinions. Heaping such hateful scorn and derision by Sandefur upon his neighbors was not only done “to poke fun at the yokels of Middle Georgia,”(7,12) but also an attempt to silence them. Sandefur, I’m sure would not hesitate to call Wernher Von Braun (1912-1977) a mental midget if the rocket scientist disagreed with any of Sandefur’s opinions — so we have a theologian with several degrees, a brain surgeon, and a rocket scientist — all effectively (or potentially) call mental midgets by the local potter! By contrast all of those who write pieces with whom Sandefur agrees, no matter how poorly written, or semi-literate, Sandefur praises as “excellent columns” and the semi-literate luminaries are obsequiously invited by Sandefur to keep writing! Most amusing of all, perhaps, is that Sandefur had challenged me to respond to his personal insults (i.e., with his usual bullying vulgarities, “if I had the cojones”), but when I did, and I took him to task for such an irresponsible statement as “the only good church is a burned-down church,” he complained I was stalking him. This accusation coming from the big bully of the Telegraph, as you will yourself ascertained (by his own written comments as shown below), is particularly hilarious!(7,12)

It is beyond the scope of this symposium to copy and paste the barrage of evidentiary Sunday columns by Dr. Cummings published in the Telegraph and the many columns written in response, both pro and con.(8) Suffice to say, Father Allan J. McDonald, the distinguished Pastor of St. Joseph’s Catholic Church,(9) and myself offered to write contrarian columns, but we were either not invited to do so or were outrightly denied the opportunity by Mr. Charles Richardson, Opinion Page editor of the Telegraph, who wrote me, “Frankly, I’ve devoted way too much newsprint to this subject already” [Dec 14, 2015]. But as we have seen, the ink continues to flow Sunday after Sunday.(10) One person who has been given the chance to respond more than once in the Telegraph has been the free lance journalist, David Mann. He has written three good contrarian columns on the subject, and his last one is posted below with the initial responsive comments.(11) Hopefully, Mr. Mann’s piece will serve as a launching pad for further reading on this ongoing curiosity in collaborative journalism.

1. Faria MA. Dismantling Christianity and Western civilization — and replacing them with what? Macon Telegraph, August 26, 2015. Available from: https://haciendapublishing.com/dismantling-christianity-and-western-civilization-and-replacing-them-with-what/

6. Faria MA. Bioethics and why I hope to live beyond age 75 attaining wisdom! — A rebuttal to Dr. Ezekiel Emanuel’s 75 Age limit. HaciendaPublishing.com, November 5, 2014. Available from:  http://surgicalneurologyint.com/surgicalint_articles/bioethics-and-why-i-hope-to-live-beyond-age-75-attaining-wisdom-a-rebuttal-to-dr-ezekiel-emanuels-75-age-limit/

7. Faria MA. Is “the only good church a burned-down church”? The Macon Telegraph, March 29, 2015. Available from: http://www.haciendapub.com/randomnotes/faria-only-good-church-burned-down-church.

This article may be cited as: Faria MA. Symposium — An anti-Christian barrage in the midst of the Middle Georgia Bible Belt? (With apology to Alexander Pope). HaciendaPublishing.com, January 18, 2016. Available from: https://haciendapublishing.com/symposium–an-anti-christian-barrage-in-the-midst-of-the-middle-georgia-bible-belt-with-apology-to-alexander-pope/