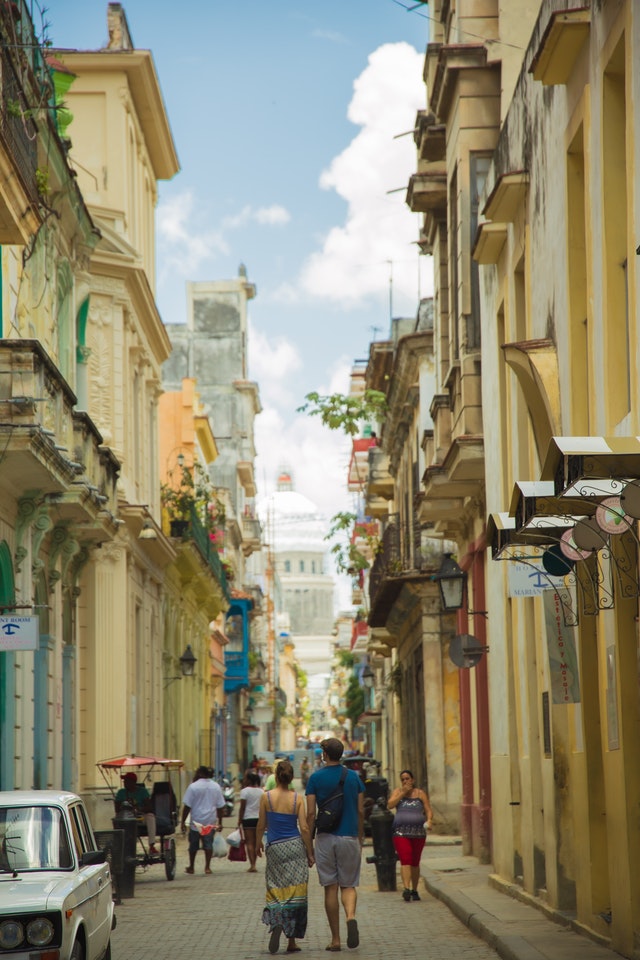 In Part I of this essay, we discussed the secret epidemic of dengue fever, the Cuban gulag, and other aspects of Cuban medicine leading to a poor state of health in that Caribbean island, based on Dr. Dessy Mendoza Rivero’s book ¡Dengue!-La Epidemia Secreta de Fidel Castro (Dengue! The Secret Epidemic of Fidel Castro).

Cuba’s health care system is a disaster for both patients and physicians. Because of the meager salaries paid Cuban physicians, on the average 400 pesos per month (equivalent to $20 U.S.!), many doctors quit the profession and seek jobs in the only industry that offers any chance for economic opportunity and access to dollars—the Cuban tourism industry. Doctors can be found driving dilapidated taxis, acting as tour guides, or even working in the paladares (family inns) as meseros (waiters) or cooks.

Those who choose to remain in the medical profession suffer long hours of work and lamentable working conditions. This is particularly true for female physicians who, despite the “liberation” of the Revolution, are not only working mothers but also the spouses who shoulder the lion’s share of domestic chores in a persistently machismo-oriented society.

Dr. Dessy Mendoza writes, “When a woman physician, one of the thousands in the island, ends her 24-hour duty in the hospital where she is assigned, she must get home and then as if by magic find food (if she can find any available) to feed her family.”

Dr. Mendoza’s revelations are in accord with my own research in this area. In Cuba in Revolution, I commented:

Fidel, in fact, proudly counts the number of physicians and professors in Cuba as another great achievement of the Revolution. But of what good are these highly educated and trained professionals to the nation when the country remains drawn into a perpetual economic black hole? There are no incentives for these professionals to work hard and be productive because individual initiative is not rewarded. Citizens are not entitled to the fruits of their labors because communism does not take into account enlightened self-interest. Neither professionals nor workers are allowed to accumulate wealth or to own private property for the betterment of self and family. Consequently, the Cubans in the island do not strive to succeed or even to be productive. They play the game, but do not produce. Marxist theoreticians do not understand that when individuals are materially rewarded for their work in a free market society, the community and society also benefit, because there is a beneficial exchange of goods and services guided by Adam Smith’s classic concept of the invisible hand of supply and demand of the free market and laissez-faire economics.

In Cuba, science and medicine remain subordinated to the state and political considerations—that is, the whims of Fidel Castro. Even the doctors serving in the government health agencies or ministering to patients in clinics and hospitals are not informed about new technology or medical breakthroughs, except for the privileged few—the Communist Party members, the privileged mayimbe class, who are allowed to travel abroad or employed in the clinics serving the tourist industry—”sociolismo,” the Cubans call it.

Cuba’s young physicians must serve in international missions to assist Third World nations for propaganda purposes. Presently, Dr. Mendoza estimates that close to 1,500 Cuban physicians are employed in what many of us in the U.S. have characterized as Castro’s “Doctor Diplomacy.”

A Cuban physician in one such “humanitarian mission” found to his dismay that in Guatemala, where he had been sent, common laborers and unskilled workers were paid between $100 to $300 monthly. Guatemalan physicians earned well over $1,000 monthly, while he, a Cuban surgeon, was paid less than $25! While in Guatemala, the Cuban surgeon found himself relying on the good will and the financial aid of his humble Guatemalan patients.

It is no wonder that many physicians in such missions defect to freedom. The reader may remember the saga of two Cuban physicians, Drs. Leonel Córdova and Noris Peña, who defected two years ago in Zimbabwe. They were imprisoned for two months in that African country ruled by dictator Robert Mugabe. After finally reaching freedom, the two Cuban physicians reported that during their mission they did not render medical care to the people as propagandized. According to Dr. Córdova, they “did not even touch a single patient.” Their purpose in that mission was solely to support the embattled regime of the Marxist dictator, on behalf of Fidel Castro.

The vast majority of physicians, though, submit to the Cuban government because their families are held as hostages in the communist (fascist) island, at the mercy and reprisals of Fidel Castro. So the doctors comply with their internationalist mission and return to Cuba to continue their professional enslavement and to submit to the will of Fidel Castro.

According to dissident physician Dr. Hilda Molina Morejón, a Havana neurosurgeon and founder of the Colegio Medico Independiente de Cuba (Independent Medical Association of Cuba), “the main purpose of many hospitals in Cuba is to generate foreign capital, one way or the other …the government assigns special budgets to those hospitals that serve foreign patients.”

So in contrast to the deplorable state of medical services provided to ordinary Cubans, there exists in Cuba special hospitals and clinics with the latest medical technology that cater to two types of patients—foreign tourists with hard cash and the privileged mayimbe class of the communist (fascist) hierarchy.

In Cuba in Revolution, I mentioned the documented case of an ordinary Cuban citizen who was denied medical care at the Cira García clinic for foreign tourists. We learn from Dr. Dessy Mendoza that such cases are the rule rather than the exception. Furthermore, Dr. Mendoza recounts the difficulties of obtaining even those medications and treatments prescribed for ordinary Cubans.

He cites cases of patients with cancer who cannot get treatment because the medications have to be bought with dollars and not Cuban pesos! Yes, some pharmacies, like the specialized clinics, are authorized by the government to accept only dollars and are almost exclusively patronized by foreign tourists and the mayimbe class with access to dollars. So much for Cuba’s revolutionary ideals of social justice and egalitarianism!

Cuban communism looks more like fascism as the years pass, but what is the difference between the two iniquities? They are kindred spirits of the same evil totalitarianism/collectivism!

Foreign tourism has brought much needed hard currency to the dictatorship of Fidel Castro, but it has increasingly alienated the Cuban people, who continue to suffer in silence. Cuba has more problems. Another problem is one of the highest suicide rates in the world, much higher than that of other Latin American nations or the United States. That notwithstanding, the government agency SERVIMED, founded in 1989, is in charge of promoting tourism and medical apartheid. Cuban physicians are paid in pesos while Castro’s government keeps the dollars. Be that as it may, doctors employed in these facilities are the privileged few, part of the “sociolismo” network.

Slogans used to attract foreign tourists include “Cuba: An Ideal Destination for Your Health” and “Cuba: Tourism and Health.” The most deceiving slogan, according to Dr. Mendoza, is “Cuba: The Most Salutary Health.” While SERVIMED does provide high technological medicine in modern centers throughout the island, it is patently false when it claims in the advertisement underneath the aforementioned slogan: “Health can be recuperated in Cuba because the island is free of contagious diseases.”

Deceitful ads such as this can be promulgated with some success not only because of the state-controlled press as well as the complicity of the U.S. media but also because “access to medical statistics and scientific information is restricted to the high-ranking public health, bureaucratic hierarchy,” which, of course, is only possible in a totalitarian, fascist state.

. . .Of course, not everyone in Cuba receives substandard health care. In fact, senior Cuban Communist Party officials and those who can pay in hard currency can get first-rate medical services any time they want.

This situation exists because the Cuban Government has chosen to develop a two-tiered medical system–the deliberate establishment of a kind of “medical apartheid” — that funnels money into services for a privileged few, while depriving the health care system used by the vast majority of Cubans of adequate funding. . . .

U.S. Department of State
Press Statement by Nicholas Burns/Spokesman
May 14, 1997

In addition to such diseases as dengue fever, typhoid fever, leptospirosis, and hepatitis that we discussed in Part I of this report, other diseases have become resurgent in the island because of increased sexual promiscuity, prostitution and, increasingly, tourism. (Tourism in Cuba, though, has taken a dive since the 9­11 tragedy, severely hurting Cuba’s flow of hard cash.)

Tourists are not being informed about these diseases in tourist pamphlets or promotional material. For example, they are not told that AIDS increased 150% between 1990 and 1995. Moreover, gynecological infectious diseases are rampant, particularly in the young jineteras (prostitutes), including vaginal monilia (yeast), trichomoniasis, bacterial leukorrheas, and other sexually transmitted diseases. Syphilis and gonorrhea, in fact, have increased dramatically in direct correlation with the tourism industry. Dr. Mendoza relates that in the native female population these types of infections are widespread, in part because of the lack of antibiotics and medications necessary for treatment.

Perhaps the most choking admission for Dr. Mendoza was not what he experienced in communist Cuba—after all, he was born in 1954 and thus grew up with the Revolution—but what he experienced when he reached freedom: “What I could never imagine from my neighborhood in Santiago is that I would come abroad and have to educate and inform first the Europeans and then the Americans, still fascinated with the Revolution and Castro, about the horrors of Cuban socialism.”