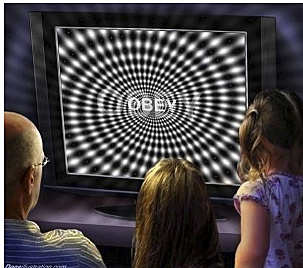 So You Don’t Trust the Media, Really? by Miguel A. Faria, MD

Does one need to be mugged, robbed or beaten to realize the leftist antics of the George Floyd rioters, and that the looting and cop killings need to stop? Do commercial enterprises need to be robbed, looted and burned for us to recognize the dangers of anarchy?

Does a woman have to be killed or raped for the American mind to open up and recognize that violence needs to be stopped by the police, and if they are not there, by the citizens’ own means? Or is it difficult to conceptualize the point if the police are constrained or unreasonably restrained by the Democrat mayors of the big cities — where most of the violence has taken place — then armed citizens will have no recourse but to protect their own businesses, homes and  families?

Recognizing what follows, the mainstream liberal media, the opinion cartel molders of the establishment (aka the Deep State), assert that police excesses cannot be stopped until America institutes draconian gun control laws! The evidence, logic, and explanation for this purported association are wanting, or more precisely bogus! But that is how the media are responding to the mayhem — when they aren’t praising the looters and decrying the police.

Moreover, the mainstream liberal media claim that the people are siding with the rioters, which they paint as “peaceful protestors.” Is this so? They also claim that this is bad news for Trump, as they, sometimes including “conservative” Fox News and even the social media (in this case Twitter), ban the conciliatory messages of the President. The truth is the media, which was supposed to be a watchdog for liberty and as a free press the guardian of the rights of citizens, have instead become a lapdog and protector, if not a militant arm, of the liberal Democrat Party!

Most troubling of all are the polls that have seen a gradual erosion of the President’s support by those in the middle, the “independent” voters. Trump’s conservative Republican base remains solid at least 44% from his peak at about 50% of the total electorate. We know that at least 10%, if not up to 30%, of respondents may be lying to the pollsters because of social desirability. That means that the respondents would say they will vote for Joe Biden for President and for example a Democrat Congressional candidate, such as Christy Smith in California, when in fact they intend to vote for Trump in 2020 and voted for Republican Mike Garcia in 2018!

The citizens say whatever they think the pollsters want them to say, either because it is politically correct to say so, or because they deliberately want to mislead the pollsters. We saw this firsthand in the 2016 election. Trump is president not Hillary Clinton, despite the media, the polls, and the pollsters!

Still it is very troubling to me that a large segment of citizens in the middle, the same fence sitters, and “independents, while claiming that they do not trust the media, are still indoctrinated by the opinion cartel molders — and they don’t seem to even know it. I refer to more than polls during election times. I refer to disturbing societal trends where those citizens regurgitate to their fellow citizens the fake news, biased reporting, and politically correct nonsense disseminated by the progressive (socialist) media, degenerate Hollywood, and even purportedly objective academia. Incredibly, it’s subtle brain washing in the gullible, misinformed, and miseducated.

Even in communist countries, as in Cuba and the former Soviet Union, the people knew that the massive agricultural surpluses, social equality, and better-than-expected industrial production quotas trumpeted by the government-controlled media were concocted statistics and political slogans. The people knew that the communist apparatchiks were more equal than others, lived a much better life, and that the nomenklatura could obtain goods and services not available to the ordinary citizen. Yet, here in America, many of those same citizens who give the liberal media such low respectability ratings, regurgitate on a frequent basis the same politically correct indoctrination and socialistic propaganda spitted out by the very media they claim to not believe or trust!

Do you want examples? Many Americans have bought into the story that most Catholic priests are pedophiles, or at least that clergymen have the highest pederasty rates among professions. The media propaganda has succeeded but it is not true. I submit that youth counselors and foster home personnel might be much higher, but try finding this out. If you dig through the sociological literature, all one finds relates to Catholic priests, but we know better from our local newspapers! So these studies are lacking, why?

Another example? Disgusting Hollywood has succeeded in painting fathers as malefactors. If they are not altogether absent from the scene or noncommunicative with family members, then they are depicted as abusive patriarchal or Christian fanatics, alcoholics, and molesters of daughters who cannot be trusted. Children, though, are portrayed as walking philosophers, who possess an abundance of common sense, much more than their parents. Suffice to say, Hollywood has helped create and foment family distrust and disharmony, illegitimacy, and single parenthood, which in turn results in high poverty rates and high criminality through youth gangs and street violence.

And yet, those 20 to 30% in the middle who decide elections, say they don’t trust the media and decry TV and movie violence coming out of Hollywood. Yet these same independent voters glorify these Hollywood celebrities and sport figures that the media love to sensationalize, frequently call “icons,” and whose lives they serialize! No wonder this celebrities make grand political statements that the media then pick up and amplify.

Finally, the coronavirus “pandemic” is another example where the media propaganda has succeeded in conditioning us — this time to tyranny. We have allowed the big cities and the blue Democrat states to institute needless prolonged lockdowns and all types of authoritarian measures on the pretext of pandemic control. Statistics were inflated by orders of the CDC, the experts, to make the pandemic appear worse than it really is. We did not do so when the Swine flu pandemic ravaged the land in 2008 when Barack Obama was president, why? Connect the dots. Let’s just say there is a major election coming up in November and all previous attempts to remove Trump from office — i.e., Russia collusion and Ukraine quid pro quo accusations, the impeachment without conviction, the hope-for economic downturn due to COVID-19, George Floyd riots, etc. — have all failed. Stay tuned for whatever the Deep State has up its sleeve; it may be a long hot summer!

So you still don’t trust the media? This time I hope you really mean it!

Miguel A. Faria, M.D., is Associate Editor in Chief in socioeconomics, politics, medicine, and world affairs of Surgical Neurology International (SNI). He is the author of America, Guns, and Freedom: A Journey Into Politics and the Public Health & Gun Control Movements (2019)

This article was originally published on GOPUSA.com on June 24, 2020. It is reposted here for the enjoyment of our readers at HaciendaPublishing.com.

This article may be cited as: Faria MA. So You Don’t Trust the Media, Really? HaciendaPublishing.com, June 25, 2020. Available from: https://haciendapublishing.com/so-you-dont-trust-the-media-really-by-miguel-a-faria-md/

2 thoughts on “So You Don’t Trust the Media, Really? by Miguel A. Faria, MD”