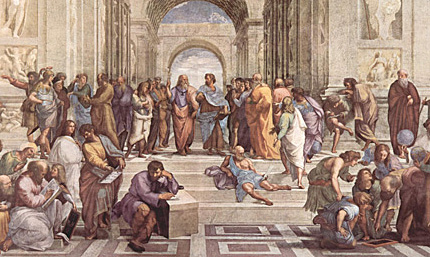 Since the heyday of Billy Graham in the 1950s to the 1980s, Protestantism has evolved mostly to become silent on secular issues or to speak only to promulgate politically correct (PC) proclamations depending on the trendy issues of the day. I was brought up as a Presbyterian. Presbyterianism originally believed in the Elect and predestination. As a 14-year-old boy when I discussed this with my pastor, a learned man and respected pillar of the Miami community, he brushed it aside to talk to me about the power of faith.

Religion and Politics —The Church, Liberty, and the State

Protestantism, as far as theology and political statesmanship is concerned, has all too frequently become a watered down, Kool-Aid philosophy. During the Cold War at the international level, it was largely infiltrated by the Soviet Communist Party and the KGB to serve as a vehicle of international communism. A good example is the World Council of Churches, which became a subversive, communist front organization promoting world peace and capitulation to communism.

One may earnestly respond with a critical question of the Catholic Church. “What about Liberation Theology?” Liberation theology was condemned both by Mother Teresa and by Pope John Paul II. It was not mainstream Catholic philosophy. Catholicism does believe in faith and in the importance of good works and private charity, but not via government imposed socialism or violence, as was the case in Central America with communist rebels in El Salvador and Guatemala who were fighting their governments and whose admirers in the U.S. attributed their causes to be based on Liberation Theology.

On the subject of intellectual resistance to communism and collectivism during the Cold War and to Islamic Fundamentalism, one finds that the Catholic Church has been at the forefront, particularly since the time of John Paul II and Benedict XVI, both of them statesmen of the highest order. The Catholic hierarchy, as an organization, is derived from the ancient Roman Senate and preserves to this day many imperial rituals and traditions. Thus, Catholic dogma is based on the gradual acquisition of knowledge over time and is not based on popularity and the trendy issues of the day.(1,2,3,4)

I believe this is another reason that popes, priests, and the Catholic faith have been targeted with a steady barrage of bad press and even derision by the main stream media and academic circles, circles who have a penchant for socialism and Karl Marx. Consider the media coverage of pedophile priests as opposed to pederasts in governmental youth social organizations. Stories of pedophile priests will be plastered over every news source repeatedly and even on daytime television. To find out about pedophiles and pederasts in youth drug counseling programs, mentoring, and other trendy organizations, where sexual abuse is even more prevalent, one will have to do his own research and dig deeply in the sociologic literature.

Today in practice, I have found there are only two philosophies that stand up with solid arguments to the “feel good” liberal, “legal plunder” income redistribution, collectivist authoritarian concepts that are so often alleged to be defended by the philosophy of pragmatism. One, as I mentioned, is Catholic Church dogma and the other is Ayn Rand’s Objectivism. Two philosophic trends that are at opposite philosophic poles in the humanitarian spectrum.

Europe has been more vacillating against the Islamic terrorist threat. In Spain, the socialists as soon as they obtained power carried out a disgraceful and cowardly act of capitulation, backed by a fickle Spanish electorate — submission to Islamic terrorism! There are historical explanations for this Spanish submission. Italian Catholics under the Premier Berlusconi and Polish Catholics have not been completely cowed by Islamic fanaticism. French Catholics and Protestants have supported President Sarkozy in his battle against the Islamic takeover of their own country, despite the liberal French media’s opposition to his policy. Chancellor Angela Merkle in Germany with the backing of both conservative Catholics and Protestants has just condemned Multiculturalism. So there is still hope that we will not stand alone.

Church Persuasion or The Use of Force by the State

The question of taxing churches comes and goes. But before getting involved in taxing church property and the faithful who support them, shouldn’t we consider reducing government to constitutional proportions? Concomitant with socialism and the manipulation of ever-increasing public funds, we have seen an increase in waste, fraud, and abuse. It happens when public servants use other people’s money in profligate government programs.

Let’s begin by selling all federal government property, equipment, whether lying by the wayside or in government warehouses, buildings, land, or other assets, particularly those not authorized in the Constitution, such as those related to education, health and social services. And while we are at it, let’s shut down those unconstitutional federal departments.

Faith and religion provide an invisible support to the moral code, encourage discipline, and promote civility. Their influence on moral conduct and overt behavior is unseen and unquantifiable but certain. Without the prop of religion and our churches, crime would certainly increase, and then the state would have to step in, pass more laws against the law-abiding, suppressing more of our liberties in the name of combatting the lawlessness of the crime perpetrators.

Thus, I find the Judeo-Christian religion beneficial to Western civilization and conservatism, and a just bulwark against socialism, lawlessness, and even the chaos of incipient anarchy and tyranny.

The First Amendment proscribes Congress from establishing a state religion, but not against the use of religion in supporting the moral code. The Founding Fathers knew the value of religion upon morality and society, and thus accepted, wrote, and enshrined that freedom as the first Natural and Constitutional right in the First Amendment:

“Congress should make no law respecting an establishment of religion, or prohibiting the free exercise thereof…”

What legislators have created is a recognized economic benefit to society or a payment to churches for the value of religion — i.e., the tax exemption of churches. I suppose that is the price society pays religion for decreasing the swarm of officers and standing armies required to promote civility, law and order — with a minimum of force.

But a wall of separation between church and state does not appear in the U.S. constitution, but in a fecundity of memoranda in the ACLU hierarchy! We should all look around from time to time to see who are our friends and enemies, and whose company we keep.

The anarchists of Barcelona found this out too late during the Spanish Civil War when they were devoured by the company they kept!(5)

I prefer to have the church exempted from taxation for good works and even more importantly for helping to maintain morality, law and order, rather than having a more police state presence to achieve the same. It is only the totalitarian states that need no religious support, requiring no morality because they maintain law and order via repression, brute force, and the police power of the State. They have no need for persuasion and religion.(6)

I was asked once, “What about those lost souls that choose not to associate with a church but must pay higher taxes without the benefit of the hereafter?” My response was, “They are getting the primary benefit, even if they are unaware of it! It is like concealed carry firearm licenses. We are all receiving the proved benefit of reduced crime because the criminal does not know who in the law-abiding population has a concealed carry license!

1) Here are the Popes speaking against Islamic Terrorism & Socialism: http://www.tfp.org/slideshow/slideshow/what-the-popes-have-to-say-about-socialism.html

4) As to Pope John Paul II and his condemnation of collectivism and communism, the references are legion. He is on track to become a saint, who should also be titled John Paul II, “the Great” for his contribution to the collapse of communism in USSR and Europe. See Carl Bernstein’s and Marco Politi’s His Holiness: John Paul II and the Hidden History of Our Time (1996).

Read Part I of this essay