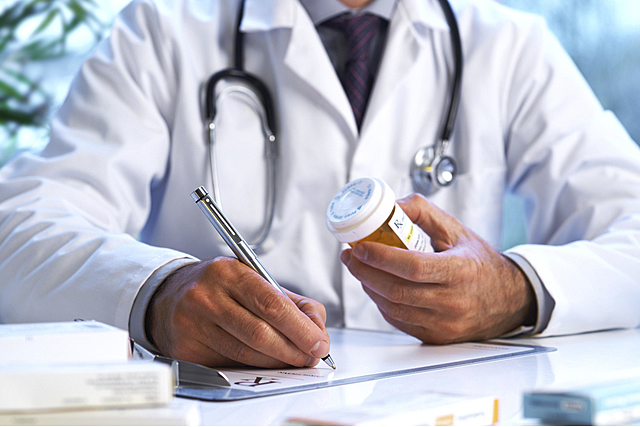 You may have heard about the story of the psychiatrist who was prosecuted for murder because he prescribed pain medication for several patients who ultimately died. Nevertheless, you may not have thought about the implications of this news story or about how it may affect you and your loved ones.

Yes, last year, Dr. Robert Weitzel, a physician who also happened to be a psychiatrist, was prosecuted for allegedly killing five elderly patients with the effective and legal narcotic analgesic (painkiller) morphine. His intention was to treat their pain, not to kill them; nevertheless, serious complications can arise, including death, in the best of treatment rendered by the most devoted and caring of physicians. Be that as it may, his trial and prosecution are having a cumulative, chilling effect on physicians when they are called upon to treat patients suffering from chronic pain disorders.

On the one hand, Dr. Weitzel asserts that ultimately it will be patients who will suffer because their physicians will now more than ever be afraid of prescribing the proper analgesic medications to treat their patients’ pain. On the other hand, state prosecutors said that Dr. Weitzel over prescribed sedatives and caused the deaths of the patients with lethal doses of morphine. While Dr. Weitzel was convicted last year of lesser charges, last month a court ruled that the physician was entitled to a new trial. Suffice to say, the criminalization of medicine continues unabated, and as a result patients are suffering because of the government’s progressive intrusion in the patient-doctor relationship and the practice of medicine.

More and more physicians are being prosecuted for a variety of alleged transgressions, from either prescribing too much or too little medications to making clerical errors and miscoding violations in third-party reimbursements (i.e., so-called fraud and abuse statutes). Thus, the state and federal courts have wittingly or unwittingly unleashed a veritable police state of medicine in which physicians are afraid to use all of the tools they have available to ameliorate suffering and combat pain and disease. (1) The government assault is most severe on solo practitioners and small groups, but every physician is vulnerable, and it seems that the more personal and caring, the more vulnerable the physician. The situation is becoming reminiscent of authoritarian states like the former Soviet Union where the KGBs motto was “Show me the man and I’ll show you his crime.” And yes, the laws are so voluminous and cryptic the State can call any physician guilty whenever it likes!

As it is, physicians are quitting medicine and retiring early, not only because they fear prosecution for innocent mistakes, which are now deemed criminal by the government, but also because of the present adversarial, litigious climate in which physicians practice medicine. As it concerns the specific case of Dr. Weitzel, Dr. Jane Orient, executive director of the Association of American Physicians and Surgeons (AAPS), wrote Attorney Melvin Wilson and other Utah state officials urging them not to prosecute Weitzel a second time. “Prosecution of a physician for murder or manslaughter for prescribing pain relief would have an enormous chilling effect on all physicians,” asserted Dr. Orient. “Do you dare provide adequate pain care to patients?” By doing so, “are you risking your liberty and your medical license?”

Representing the view of organized medicine, Mark Fotheringham of the Utah Medical Association says he is not worried. He told The Salt Lake Tribune, “Publicity about the [Weitzel] case has made end-of-life issues more prevalent in the minds of physicians. But it’s probably a good thing that people are looking at their practices and wanting to do it right.” (2)

And yet, even before Dr. Weitzel’s case, physicians were fearful of prescribing adequate doses of narcotic analgesics for their patients with pain disorders, afraid of being sanctioned by their state medical boards, which now more than ever seem to be competing for the scalps of physicians with increasingly draconian disciplinary actions. Indeed, despite the findings of a voluminous body of scientific studies showing, paradoxically, that physicians should not be afraid of using adequate doses of painkillers for their patients, particularly terminally ill patients with chronic pain, the fact remains they are afraid to do so because they fear being a victim, another scalp, in the destructive process of the criminalization of medicine. Who has not met a person or had a friend or family member who has suffered pain because of a physician’s reluctance to prescribe the proper type and amount of medication?

It’s well known now that over 40 percent of nursing home patients, for example, suffer persistent pain because of under prescribing of pain medication by physicians. Government officials repeatedly state that physicians who followed recognized guidelines have nothing to fear when they prescribe these controlled substances (i.e., sedatives and narcotic painkillers), but is that really the case?

Dr. William Hurwitz of Washington, D.C., had his Virginia medical license revoked without a prior hearing because of his efforts to relieve chronic, intractable, non-cancer pain in his patients using lawfully available narcotics, such as morphine. Dr. Hurwitz and four of his patients were forced to file a federal lawsuit on the grounds that summary suspension without due process violated the U.S. Constitution and his patients’ constitutional right to seek medical treatment for the relief of pain. Dr. Hurwitz contended that for patients with chronic pain disorders, narcotic analgesics are a better alternative than the Kevorkian method. (3) He has a point! Among Kevorkian’s victims there were a number of patients who succumbed to “physician-assisted suicide” for that very same reason: They did not want to live with chronic pain, pain which could have been relieved by adequate doses of narcotics, which their doctors were afraid to prescribe because of the draconian police state of medicine.

To the regulatory State I invoke Hippocrates’ central dictum: Primum non nocere, “First, do no harm!”

Miguel A. Faria Jr., M.D., was editor in chief of Medical Sentinel of the Association of American Physicians and Surgeons (AAPS) and author of “Vandals at the Gates of Medicine” (1995) and “Medical Warrior: Fighting Corporate Socialized Medicine” (1997). He is the President of Hacienda Publishing.

This article was originally published in the Medical Sentinel 2001;6(3):103-104. An edited version also appeared on NewsMax.com, June 8, 2001. For further reading on this topic, see the special July/August 1998 issue of the Medical Sentinel, “The Police State of Medicine.“