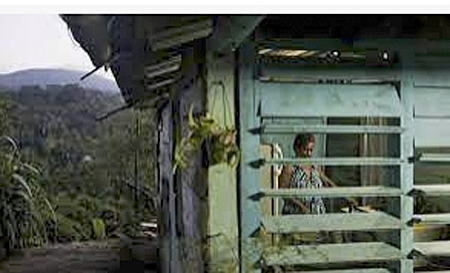 Be Sure to Visit the Real Cuba

Almost weekly I’m receiving solicitations for “People to People” Cultural Exchanges from physician groups or sundry other organizations traveling to communist Cuba. The latest invitation has been from none other than Mary Jean Eisenhower, the CEO of People to People International. She is the granddaughter of President Dwight D. Eisenhower.

It has come to my attention that you are traveling to communist Cuba from November 4-12, 2001. In the past you have visited and conducted missions of education, culture, and humanitarianism in over twenty-three countries. Unlike the previous countries you have visited, Cuba, under the Maximum Leader Fidel Castro, remains a collectivist, totalitarian state of the old Stalinist variety. While you are there, keep your eyes open so that you will be able to see the truth.

While you are there, you and some of your fellow participants should independently rent a taxi (probably driven by an MD or professor who is forced to do so for pressing economic reasons, despite his exalted education) to see for yourselves the real, dire situation in Cuba, rather than wearing the rose-colored glasses provided to naive tourists and fellow travelers of the communist dictatorship.

Before you go on your exchange trip to communist Cuba, you should surf the Internet and read some of the articles that have been published and posted in the Miami Herald, The Washington Times, WorldNetDaily.com, LaNuevaCuba.com, and NewsMax.com to find reliable articles about the dark realities about Cuba today. You will find articles by Agustin Blazquez, Frank Calzon, Jaime Suchlicki, Alberto Luzarraga (LaNuevaCuba.com), Armando Valladares (Wall Street Journal), Jon Dougherty (WorldNetDaily.com) and myself (NewsMax.com and LaNuevaCuba.com), among many other authorities, to prepare yourself and your colleagues for your journey to totalitarianism.

While you are in Cuba, make it a point to visit Afro-Cuban physician, Dr. Oscar Elias Biscet, at Cuba Si prison in Holguin who has been jailed since 1999, sentenced to a three-year term for “disrespecting patriotic symbols” – that is, hanging a Cuban flag upside down during a news conference. Amnesty International considers Dr. Biscet a prisoner of conscience because he has called for the free exercise of human rights in Cuba. More recently, Dr. Biscet has demanded freedom for all political prisoners in the Cuban gulags. He has been tortured. He has been denied medical attention. He has been kept in solitary confinement. His wife and human rights groups have been denied visits.

Dr. Biscet’s wife, Elsa Morejón, in a rare visit, found he had lost 20 pounds and several teeth due to an untreated gum infection and malnutrition. Rather than succumbing to torture and unspeakable deprivation, Dr. Biscet has remained firm and steadfast in his demand for the release of all political prisoners. A courageous and honorable physician, he is prepared to die for his beliefs.

Do you or any member of your delegation have any plans to visit or interview Dr. Biscet in his isolation cell as a humanitarian gesture? Since he has been denied medical care by the much-touted Cuban health care system, will any of you (if there are any physicians in your group) take a history from him or perform a physical examination? You, as virtual guests of the Maximum Leader, have an opportunity to lend succor and assistance to this physician. Will you do so?

While you’re at it, in the name of compassion, will you also visit Jorge Luis (Antunez) Garcia Perez, who has been incarcerated at Nieves Morejon prison on the Carretera Central near my natal city of Sancti Spiritus (you cannot miss it!) and who has been near death several times. Will you also interview Maritza Lugo Fernandez, who had been imprisoned at Manto Negro Women’s Prison under subhuman conditions for similar reasons to those of Antunez?* Again, obtain and read promptly the articles in NewsMax.com by Agustin Blazquez and myself about these prisoners of conscience. While you are in the island also look up the intrepid journalist Maria del Carmen Carro who has been imprisoned for trying to get the truth out of the hell Cuba has become, particularly for dissidents.

Incidentally, you should be careful whom you talk to while in Cuba, because the dissident groups have been heavily infiltrated by State Security! You also cannot miss the jineteras, who are forced to sell their bodies for a meal for themselves and their families.

On your return trip, your delegation should also visit the victims of Castro communism who have been fortunate enough to have escaped the hellish worker’s paradise of Fidel Castro. You should visit Cuban exiles in Miami, such as Luis Zuniga or Eugenio de Sosa Chabau, who spent 21 years in and out of Mazorra hospital (Havana Psychiatric Hospital) and underwent electroshock therapy for his political beliefs.** If there are any Spanish members in your delegation, they should also interview the poetess Maria Elena Cruz Varela, who now lives in Madrid but who was locked up with criminally insane women and given psychotropic drugs while still in Cuba for her yearnings for freedom.

I don’t want to bother you further with the harsh realities about Cuba. Yet, already for your trip this November 2001, please begin to prepare yourself and do your homework, look up the truth before you are blinded by glittering disinformation which will be shined at you by your hosts in one of the last two bastions of totalitarian, unreformed Stalinism in the world. As Francis Bacon said five hundred years ago, “Knowledge is power.”

* Sra. Lugo has finally reached freedom and is now in Miami.

This article may be cited as: Faria MA. Be Sure to Visit the Real Cuba. NewsMax.com, June 14, 2001. Available from: https://haciendapublishing.com/be-sure-to-visit-the-real-cuba/.