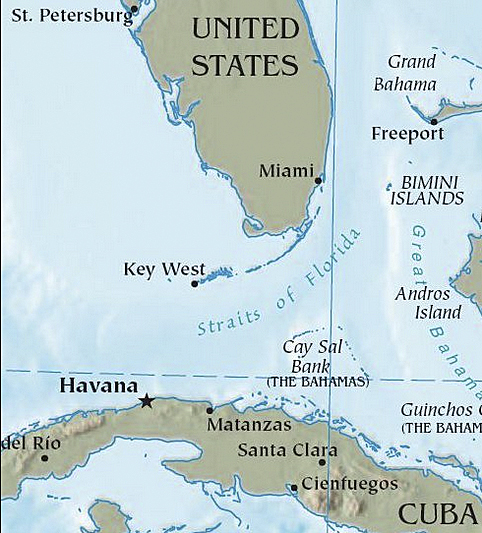 No Trade with Cuba

Let me respectfully point out some major weaknesses in Doug Bandow’s article on Cuba (“Washington’s Inadvertent Support for Cuban Communism,” Ideas on Liberty, July 2002). Bandow, a writer whom I admire and whose books and commentaries I have always enjoyed, was misled by the likes of Ricardo Alarcon, a devious man characterized as a dog that barks only while under the protection of his master. Once Fidel Castro is gone, so will his lapdog Alarcon be gone. Elizardo Sanchez is a socialist, who before serving time lived in expropriated property and wants his brand of collectivism for Cuba. Sanchez and his state-controlled band of dissidents are the only opposition tolerated in Cuba. The real opposition, like Dr. Oscar Elías Biscet or Marta Beatriz Roque, is either in jail or under house arrest, unable to meet freely with journalists such as Bandow.

Cuba has been bankrupt since 1986 and has defaulted on all foreign loans. Castro owes European bankers $12 billion; Cuba’s debt to Russia is estimated to be over $20 billion. Instead, Fidel asserts Russia owes him for capitulating to capitalism! Neither private property rights nor the sanctity of contracts is recognized in Cuba. And yet the Maximum Leader is one of the richest men in the world-worth at least $1.4 billion, according to Forbes magazine (1997). Some of this money has been traced back to American property confiscated in 1960 when Castro “nationalized” $15 billion worth of American property. Do you trade with thieves who openly steal your property?

Travel restrictions are a joke, and as for the embargo, all that is left standing is for Congress to offer loans subsidized by American taxpayers to the dictator so we can sell him agricultural goods. Only a fool would lend money to a known thief who has stolen from him previously, who does not pay his debts, and who now wants to borrow from you to buy the goods he can no longer steal!

When it comes to ruthless dictatorships, libertarian manuals, laissez faire, and rational economics are of no use because the Invisible Hand of Adam Smith is blatantly shackled to the barbwire.

Surely the burden of proof for maintaining a 41-year-old embargo that has failed to achieve any positive results should lie with its advocates. Yet Dr. Faria fails to offer one positive word on its behalf. And his attack on Elizardo Sanchez, who criticizes Castro and has spent over eight years in prison, is curious.

Castro is a thug and his regime nationalized American assets. It is no different from scores of other autocratic kleptocracies throughout the Third World destined for the dustbin of history. Yet the United States has correctly allowed private trade with most of them. (Subsidized loans are inappropriate for good as well as bad regimes, but that has nothing to do with the embargo and travel ban.)

Of course, lifting the embargo guarantees nothing; the Cuban regime more systematically controls the economy than does, say, China. But current policy is a complete, utter, and protracted failure: even after the end of Soviet subsidies, and contrary to the predictions of many Cuban-Americans, the Castro regime still survives-despite sanctions. Allowing private trade and travel would have a subversive impact, most importantly, highlighting the glaring economic inequalities under communism

If Dr. Faria really believes what he writes, I look forward to his campaign to ban Cuban-Americans from traveling to Cuba and remitting between $700 million and $800 million annually to the island. Surely Cuban-Americans should not demand a privilege denied all other Americans, especially when by their own argument they thereby are subsidizing the Castro tyranny.

(This letter to the editor and its reply were originally published in The Freeman—Ideas on Liberty on November 1, 2002.)