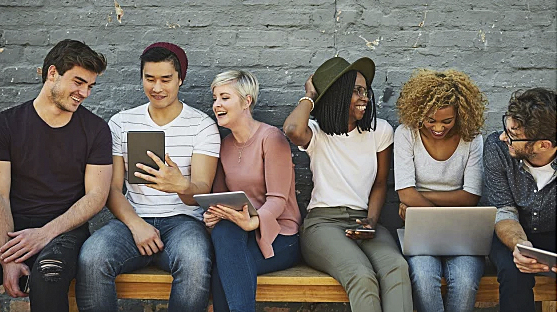 Two recent surveys are quite alarming, but we should not be surprised that the mainstream media have promulgated them with undisguised jubilation. A Harvard University study found 51% of Americans, ages 18-29, “do not support capitalism,” only 42% support it. These finding dovetail results obtained by Republican pollster Frank Luntz, who found that 58% of Americans, ages 18-26, “believe socialism to be the ‘more compassionate’ political system,” while 29% further opined, “the root of America’s problem in one word is ‘greed.’ ”

To make the upcoming political landscape seemingly worse for conservatives, the U.S. Census Bureau reported Millennials (ages 18-34) have surpassed Baby Boomers (ages 51-69) as “the nation’s largest living generation,” possibly soon becoming the largest voting bloc. The purported altruism and liberalism of the Millennials have, incidentally, also been exaggerated by the sensationalist media. For example, workplace attitudes among Millennials and older workers are similar.

But what can we expect when modern liberals (progressives) have established an educational system — which from our public schools to the echelons of higher education and academia — has become an indoctrination system for progressive ideology, worships the state, and uses political correctness to force conformity in youngsters turning them into progressive automatons. Moreover, indoctrination and dumbing down are fortified by our popular culture, Hollywood movies, and the mainstream media that insist that celebrity gossip and subjective liberal opinion injected in the news is objective reporting!

And to those youngsters who love modern conveniences — the internet, computers, tablets, iPods, gaming consoles, not to mention smart phones — what do they think brought these about? Certainly not the stagnation of socialism but the innovation and entrepreneurship of capitalism! Unfortunately they have not been taught the benefits of the free enterprise system and freedom, but only spoon-fed “unfairness,” “income inequality,” and the alleged shortcomings of unrestrained capitalism, e.g., lack of compassion, injustice, and greed. But socialism, fascism, and communism, collectivist philosophies of all stripes, tried to remedy these injustices, curtailing freedom and human dignity. The result was over 100 million deaths in the 20th century, exterminated by their own governments. Youngsters have not been taught this dark side of “compassionate socialism.”

Nevertheless, conservatives should not be unduly distraught at these surveys. As we age, we become wiser. Most Americans drop progressivism and become more conservative. Baby Boomers were the children of the sixties and created the New Left. Now most of us are part of the conservative middle class, wiser from the lessons learned by big government run amok, ever increasing taxation, and erosion of personal freedom. Generation X (ages 35-50), a few years back the hope of the Left, has become wiser and more conservative. The same will happen with the Millennials after they complete the indoctrination of academia and begin working, raising families and paying taxes. They will learn just as defeated 1972 Democratic presidential candidate George McGovern personally learned after leaving the U.S. Senate that “running a business becomes a nightmare” when big government gets involved.

After nearly four millennia of recorded history, there is not a shred of evidence that human nature has changed (or evolved as some prefer to assert). Millennials will attain knowledge and learn from the book of life, along the way discarding liberal indoctrination and hackneyed progressivism (socialism) — while becoming wiser and more conservative!

Miguel A. Faria, Jr., M.D. is an Associate Editor in Chief and World Affairs Editor of Surgical Neurology International (SNI). He is Clinical Professor of Surgery (Neurosurgery, ret.) and Adjunct Professor of Medical History (ret.), Mercer University School of Medicine. Dr. Faria was a member of the Injury Research Grant Review Committee of the Centers for Disease Control and Prevention (CDC; 2002-05). He is the author of Vandals at the Gates of Medicine (1995); Medical Warrior: Fighting Corporate Socialized Medicine (1997); and Cuba in Revolution: Escape From a Lost Paradise (2002). His website is https://HaciendaPublishing.com.

This article may be cited as: Faria MA. Millennials — anti-capitalist, socialist American youth? HaciendaPublishing.com, May 11, 2016. Available from: https://haciendapublishing.com/millennials–anti-capitalist-progressive-socialist-american-youth/