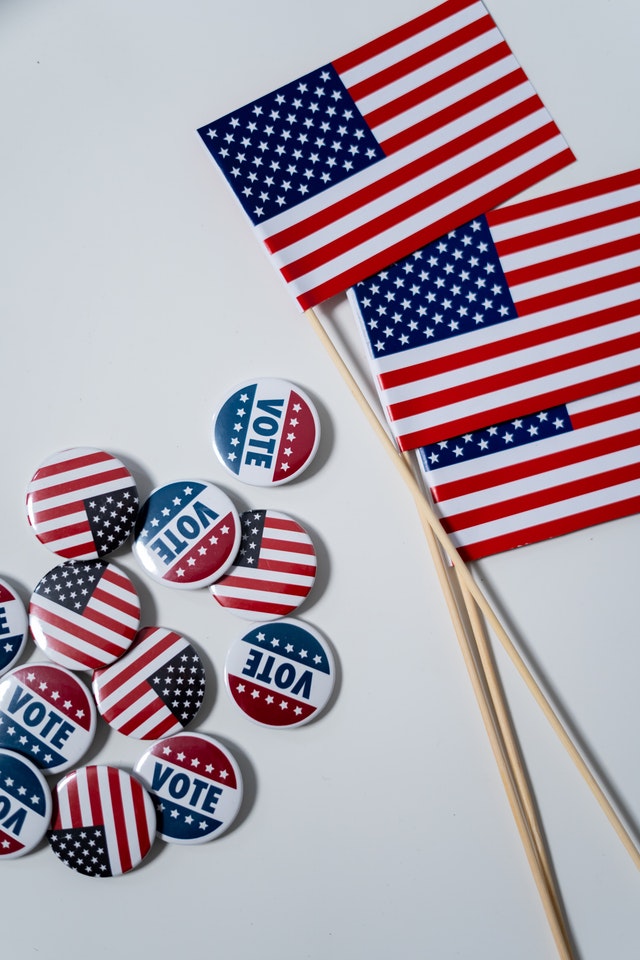 Is the 2020 Election the Most Important in Recent History, or Is That Just Another Cliché? by Miguel A. Faria, MD

The upcoming November 2020 presidential and congressional elections are crucial and truly of momentous importance. They will decide the path this nation will take, and since much of the world follows the US in cultural and political trends, perhaps the world.

And yes, I know the mass media touts each presidential election as the most important ever — after all, they earn billions of dollars from political ads. I have called this exhaustive political campaigning and advertisement season the dog and pony show. So the cliché, “most important [ever],” has become trivialized and meaningless — but this November’s elections are different, potentially earth-shaking!

The election and re-election of Ronald Reagan in 1980 and 1984 were important and decisive. Reagan’s election ended years of defeatism over the Vietnam War and replaced the Jimmy Carter malaise years with economic prosperity; Americans regained national pride; and the victories over world communism in Central America, Africa, and Afghanistan a few years later brought about the collapse of the Soviet Evil Empire and its satellites in Eastern and Central Europe. The citizens of those countries who had been denied freedom for more than 70 years could now enjoy the blessings of liberty. Those elections were truly of gigantic historic significance, the most important in that generation.

On the other hand, the election of Barack Obama over John McCain in 2008 and Mitt Romney in 2012, in my view, were not crucial and certainly not of historic proportions, except that Obama, a black man, gained the US presidency, and then was re-elected in a country with a majority white population that purportedly is consumed by hatred and racism, if one is to believe the mass media. John McCain, it now seems to many of us, hated his own party and would have been a useful tool of the liberals, working in collusion with the Democrats and a handful of well-known RINOs (“Republicans In Name Only”). McCain could have signed progressive (socialist) legislation harmful to his party and the country.

And now that we know Senator Mitt Romney better than we did then, surely the nation under his presidency would not have been much better. Romney is consumed with vindictiveness and personal hatred that clouds his judgment while professing the complete opposite. We must admit Obama has been more sincere. If Republicans had to lose two elections, these were the elections to lose. So elections may not be trailblazing but they can still be catastrophic. The November 2020 elections will be one or the other. The American people will have to decide, not just the presidency, but also the US House and US Senate, and countless other state and municipal contests. Much is at stake.

So, it is a good time to ask the question: Have Americans been so indoctrinated by the propaganda of political correctness and the distortion and bias of the liberal media that they intend to completely turn the country upside down, proceeding in a totalitarian direction by supporting the socialist Democrats, who say they can now fix what they themselves have broken?

Consider what we have learned from Democrat state and municipal policies and public pronouncements in recent months — immediately preceding, during, and in the wake of the COVID-19 “pandemic” and the George Floyd riots:

Democrats are authoritarian socialists, who care more about gaining and retaining power and control than in serving the people they claim to represent and champion. Several Democrat US Senators have even threatened the Supreme Court of the United States with packing their number, if SCOTUS dares to continue to uphold the rule of law on certain issues, such as the Second Amendment which, despite the US Constitution, Democrats sternly oppose.

Democrats encourage public health authorities to inflate figures of COVID cases to make the pandemic seem worse than it really is. For example, anyone who has a positive COVID test, even if they are in a hospice already dying of an unrelated illness, are to be categorized as dying from the coronavirus for statistical (and propagandistic) purposes.

Democrats are willing to sink the economy and bring misery to the American people with inappropriate lockdowns, rules and regulations that make no sense. Assisted by the liberal media, the Democrats are willing to keep this inflated farce going, at least until the November elections so as to deny President Trump his very probable reelection. For Democrats, if Americans remain unemployed and suffering, and the economy is destroyed, then so be it.

Democrats supported the violent George Floyd rioters and along with the liberal mainstream media called the rioters “peaceful protestors,” even when the rioters were seen looting, burning, robbing businesses, intimidating peaceful citizens, and murdering policemen in cold blood. The Democrats not only sided with the violent protestors but also commenced proceedings to defund or dismantle entire police departments. Democrats do this at the same time they attempt to disarm lawful citizens, leaving them unprotected from and at the mercy of the thugs roaming the streets and braking into homes and businesses.

Democrats also sided with the anarchic, iconoclastic, and criminal elements, who have destroyed private and public property and defaced and torn down monuments in Stalinist fashion, attempting to erase American history. It began with Confederate flags and monuments. It has now included statues of the Founders, George Washington included, as well as Abraham Lincoln, who freed the slaves, and President Ulysses S. Grant, who presided over Reconstruction in the South. This is not about racism, injustice, or slavery, it is about erasing history and destroying America. The Democrats have encouraged all of this.

This is the world we now find ourselves living in, a world where mayhem is supported by the Democrats. Yes, the elections coming this November are crucial, perhaps the most important in our lifetime because they will decide not only the politicians we will have for the ensuing two, four, and six years but also the shape this nation will take for the remainder of our generation and posterity.

Americans will be deciding whether this nation will return to the rule of law and remain a Republic, where the Natural Rights to life, liberty and the pursuit of happiness, as well as property rights, are protected; or whether we move in the opposite direction, descend into authoritarian socialist rule, where the dictatorial state is supreme, and totalitarianism and collectivism become our lot.

In the short term, you need to talk to your family and neighbors, educate them, and make sure they vote. In the long term, you need to supplement your children’s education at home and correct miseducation (indoctrination). Education is too important to leave in the hands of government schools and even some private ones. Our nation was created for honest, moral, vigilant, and informed citizens. I don’t have to tell you which political party represents the path to peace and prosperity and which party will use racial strife and class warfare, pitting neighbor against neighbor, in seeking to end the American Republic and turning it into a socialist and totalitarian hell. Yes, these are momentous elections, fellow citizens, and the path this nation will follow lies in your hands in the voting booth this November!

This article may be cited as: Faria MA. Is the 2020 Election the Most Important in Recent History, or Is That Just Another Cliché? HaciendaPublishing.com, July 14, 2020. Available from: https://haciendapublishing.com/is-the-2020-election-most-important-recent-history-or-just-another-clich%C3%A9-miguel-faria-md

This article was also originally published on GOPUSA.com on July 14, 2020. It is reposted here for the enjoyment of our readers at HaciendaPublishing.com.