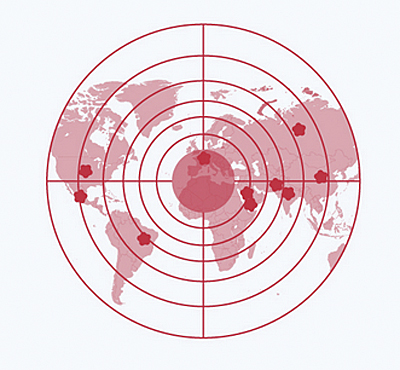 Gun statistics — Should they be tortured or gently cross-examined? by Miguel A. Faria, MD

In a recent letter to the editor in The Telegraph (Macon), Mr. Colin Frayne began his letter by pointing out the need for “factual information” about guns. He cites the statistics that for 2016, “36,861 total annual deaths [were] from guns, of which 58 deaths were from terrorism.” And compares it to Japan, which allegedly had only one firearm death that same year. Statistics are not like pictures that tell a thousand words. They must be carefully analyzed. Unfortunately, in the hands of the mainstream liberal media, statistics are frequently tortured and made to confess to almost anything favoring the gun control agenda. That is why gun statistics must be carefully cross-examined in search for the truth.

Mr. Frayne cited the Financial Times for his data, but he could have cited CBS, NBC, ABC or CNN. They are parroting similar disinformation. For example, the purely propagandistic article, “How the US gun culture compares with the world in 5 charts — CNN (October 4, 2017) had previously propounded more or less the same data cited by Mr. Frayne.

However, unlike, Mr. Frayne — who did not tell the readers that of the 36,861 total annual deaths, two-thirds were suicides — CNN did. Most fellow gun prohibitionists have been following the lead of the mainstream liberal media, which have been claiming that the possession of so many guns in civilian hands in the U.S., is responsible for the high gun suicide rate. For the Democrats and their allies in the liberal press, the gun control arsenal must be replenished with suicide statistics because suicides outpace homicides every year by a 2:1 ratio.

The CNN article therefore further stated, “Gun-related suicides are eight times higher in the US than in other high-income nations.” But why select gun suicides? Why not compare the U.S. with other nations as to international suicide rates by all means? Fortunately, Mr. Frayne also mentioned Japan, which makes this lesson even more instructive. The latest figures (2015) show that Japan ranks 26th in International Suicide Rates; the Japanese commit suicide via hanging, suffocation, jumping in front of trains, and Hara-kiri at a rate of 19.7 per 100,000, much higher than the United States. Americans rank 48th and the rate is 14.3 per 100,000. Norway, Sweden, Belgium, Hungary, and many other European countries have higher rates of suicide than the U.S., and all of them have stricter gun laws. So obviously, worldwide, people use different cultural methods, guns, or whatever means they have available, to commit suicide, and they do so frequently at a higher rate than the U.S. But the liberal media chooses to cherry pick and compare the U.S. homicide and suicide “gun” rates with other countries to make America look bad. But one is just as dead from a gunshot as by a machete chop!

Parroting CNN, the letter writer also stated, “Forty-two percent of civilian-owned guns around the world are in the U.S., which accounts for 4 percent of the global population.” This is a statistic difficult to come by. But assuming, it is true, it was American arms that also liberated Western Europe, beat the Nazis, and then protected the pusillanimous Europeans from the Soviet Bear during the cold war. American civilians even sent guns to Britain to arm the Home Guard (HG), the first line of defense against the Nazis. The HG was using pikes to prevent the Nazis from landing in England! The guns incidentally were never returned. The Europeans, in short, should be thanking God for the Americans on a daily basis, instead of decrying our “gun culture.”

As for the assertion, “Half of the 265 million guns in the U.S. are owned by 3 percent of U.S. adults.That’s an average of 17 guns each for individuals in this group.”  If the statement is correct, all it means is that 3% of Americans are serious gun collectors. If they were criminals we would not know about their possession. And as to gun ownership, even good citizens, with good reason, lie about their guns. They are afraid of common thieves as well as confiscation by legal predators. Researchers have found that gun surveys underestimate gun possession and gun usage by approximately 36%, which means, for example, that one-third of gun owners will deny gun ownership and even beneficial gun usage in surveys and polls.

Lastly, echoing CNN, Mr. Frayne asserts, “The gun homicide rate in the U.S. is 25.2 times higher than other high-income countries.” Notice the caveats, “gun homicides” and “high-income countries.” With gun homicides, the liberal media eliminate the competition from other countries where murders are committed, as with suicides, by whatever means available, from beating to death barehanded to swinging machetes, knifing, and whatever the murderous mind may conceive. “High income countries” means that most of the world doesn’t count. I must suppose that only the lives of wealthy (“high-income”) Europeans count and are worth comparing to the U.S. Why? Most of Africa, including North Africa; Latin America, including our next-door neighbor, Mexico and most of the Caribbean and Central America; and the Eurasian landmass, including Russia and Kazakhstan — have higher rates of homicides than the U.S. In Rwanda, the genocide of Tutsis by Hutus was mostly done with machetes. Liberals can get away with anything, but as a Hispanic I have for years resented this neglect of most of the world by the progressive gun-grabbers, and it is time that ethnic and geopolitical discrimination stops. All lives count, particularly when it comes to homicides — with or without guns — and the U.S. is nowhere near the top.

The CNN article claimed erroneously, “When it comes to gun massacres, the US is an anomaly. There are more public mass shootings in America than in any other country in the world.” Well, I have debunked those assertions elsewhere. As Gun Owners of America (GOA) has reported, France had more mass killings in 2015 than there were mass shootings in America in all of Obama’s two terms. Besides, mass shootings account for less than 1 percent of murders in the U.S.

Are there any other gun statistics that need cross-examining?

Miguel A. Faria, M.D. is an Associate Editor in Chief in socioeconomics, politics, medicine, and world affairs of Surgical Neurology International (SNI). He is the author of Vandals at the Gates of Medicine (1995); Medical Warrior: Fighting Corporate Socialized Medicine (1997); and Cuba in Revolution — Escape From a Lost Paradise (2002). His website is  http://HaciendaPublishing.com.

This article may be cited as: Faria MA. Gun statistics — Should they be tortured or gently cross-examined? HaciendaPublishing.com, October 17, 2017. Available from: https://haciendapublishing.com/gun-statistics–should-they-be-tortured-or-gently-cross-examined-by-miguel-a-faria-md

Shorter versions of this article also appeared in GOPUSA.com and The Telegraph (Macon), October 17, 2017.