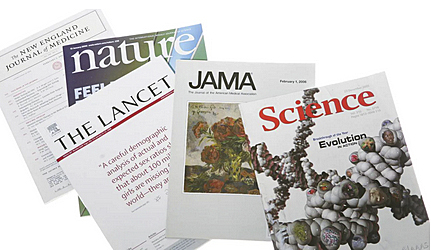 Censorship: How the medical journals deny academic freedom by Miguel A. Faria, MD

Science requires an ambient of academic freedom that entails the free exchange of ideas, ideas that can be tested in the laboratory and eventually rejected or accepted by the rigorous scientific method. But how can dissenters be heard when medical journals have established a monolithic wall of censorship, excluding ideas different from those espoused by the smug leaders of “organized medicine” and the medical editors appointed as the guardians of truth? Difference of opinions and the freedom to express them are essential to intellectual discourse. But academic freedom is perverted and scientific truth is replaced by political ideology when only one side of an issue is allowed to be heard. This is essential what has happened over several decades with intolerance of opposite views by the public health establishment and the practice of censorship by the major medical journals in the debate over firearms.

Unlike the criminological literature that have compiled data on both sides of the gun and violence debate, the public health establishment and the medical journals, have never published, to my knowledge, one major study or review article discussing the beneficial aspects of gun ownership. This is true for Journal of the American Medical Association (JAMA) and The New England Journal of Medicine (NEJM) in the U.S. and for The Lancet and the British Medical Journal (BMJ) in Great Britain. Medical dissenters would be very fortunate if they are able to get a short letter to the editor published. Most of the time, their material — i.e., studies, articles, even letters to the editor — are rejected. This has been the case since at least the early 1980s, and in the ensuing years nothing has changed. Consider just two personal professional examples from my documented correspondence with NEJM and Lancet, spanning a period of nearly two decades. (I could have used the correspondence of numerous other physicians who have experienced the same treatment, all of whom failed to penetrate the monolithic wall of censorship of the medical journals, but decided to use my own.)

Your letter to the editor regarding the Wintemute article of November 19 has been accepted for publication in edited form in a forthcoming issue of the Journal and sent to the authors for their comments…Gregory D. Curfman, MD, Deputy Editor, NEJM

I regret that we will not be able to publish your letter to the editor in response to the article to Wintemute et al. Because of other space priorities, we are unable to print the letter. I am sorry that we must change our decision…Gregory D. Curfman, MD, Deputy Editor, NEJM

When you ascended to the post of Interim Editor of The New England Journal of Medicine (NEJM) following the resignation of Dr. Jerome Kassirer, I applauded your promotion because, among other things, you had also courageously breached the wall of junk science being built around the issue of silicone implant litigation. Moreover, under Dr. Kassirer, when it came to the topic of public health and gun control, and to a lesser degree, Medical Savings Accounts (MSAs) and private medical care, NEJM took a decidedly liberal perspective, whereby only one point of view was promoted.

The other side was ignored or, let us say it, censored. More recently, the mainstream press has been critical of NEJM because it had violated its own policies on conflict of interest ethics. When on November 22, 1999, I sent a letter to the editor (addressed, incidentally, to you), responding to Dr. Wintemute et al’s article, “Mortality Among the Recent Purchases of Handguns” in N Engl J Med 1999;341(21):1583-9, and after passing editorial review, was accepted for publication, I was particularly delighted and grateful for its acceptance in your esteemed journal (Correspondence #99-3859). I was delighted because as a Hispanic (and the NEJM has promoted diversity), it seems that NEJM was also now promoting diversity of intellectual views.

Unfortunately, my hopes came tumbling down. Yesterday, I received a letter from Gregory D. Curfman, M.D., Deputy Editor, NEJM. He stated: “I regret that we will not be able to publish your letter to the editor in response to the article by Wintemute et al. Because of other space priorities, we are unable to print the letter. I am sorry that we must change our decision.”

…Given the content of my letter, I must assume that like the refrain says, “The more things change, the more they stay the same.” Intellectual freedom and social progress can only thrive in an atmosphere where there is a free and open exchange of ideas and information — not censorship. I hope you can use your moral authority to reverse this decision. I remain hopeful that you can decidedly end this resurgence of lack of professionalism and ethics — and return of censorship…

Thank you for your letter to Dr. Angell dated March 14. Regarding the correspondence on the Wintemute article, when we finally assembled it all, it was clear that we did not have sufficient space to explore all of the topics raised by that article. The central issue of your letter, that “guns are not the cause of suicide,” is an interesting point, but one that we could not commit the space to assess in depth. Thank you again for your interest in The New England Journal of Medicine.

Now, let’s move forward to 2017, an age in which medical journals publish print as well as online editions, consequently “space considerations” are not as much of a concern, giving readers more leeway at least online to participate in the exchange of ideas and provide critical opinions about the material being published. Thus, in response to an editorial, I submitted the following letter to Lancet, paying close attention to all the editorial requirements, and an edited version to JAMA.

Your October 19, 2017, editorial disingenuously implied that the U.S. has a high suicide rate because of gun availability. Why not compare international suicide rates by all means? According to the World Health Organization, suicide is the second leading cause of death “among 15-29 year olds globally, and 78% of suicides occurred in low- and middle-income countries in 2015.”(1) We should add that where most countries have strict gun laws, the people substitute other methods and commit suicide at even higher rates than the U.S.(2) The 2015 figures show that the Japanese commit suicide via hanging, suffocation, jumping in front of trains, and Hara-kiri at a rate of 19.7 per 100,000, much higher than the United States. Americans rank 48th and the rate is 14.3 per 100,000. Norway, Sweden, Belgium, Hungary, and many other European countries have higher rates of suicide than the U.S., and they all have stricter gun laws.1 Once again, you are taking aim (pun intended) at an object while failing to address the more important point, a lack of access to mental health services. As for the rural suicide studies cited, they were debunked as biased and poorly designed.(3)

I was one of the four experts(4) who testified to the Congressional Committee that imposed the restrictions on the CDC in 1996. The “abhorrent and nonsensical” state of affairs isn’t with common sense legal restrictions but with flawed, biased and politicized gun studies carried out by the public health officials at the CDC.

From: “The Lancet Peer Review Team”

Thank you for submitting your Letter to The Lancet. Having discussed your Letter with the Editor, and weighing it up against other submissions we have under consideration, I am sorry to say that we are unable to accept it for publication. Please be assured that your Letter has been carefully read and discussed by the Editors. Thank you for your interest in The Lancet, I hope this decision does not deter you from considering us again in the future. Yours sincerely, Elizabeth Zuccala, Senior Editor, The Lancet

Addendum (And I have just heard from JAMA)

Dr Miguel A Faria
Surgical Neurology International
Re: Letter to the Editor

Thank you for your recent letter to the editor. Unfortunately, because of the many submissions we receive and our space limitations in the Letters section, we are unable to publish your letter in JAMA. After considering the opinions of our editorial staff, we determined your letter did not receive a high enough priority rating for publication in JAMA. We are able to publish only a small fraction of the letters submitted to us each year, which means that published letters must have an extremely high rating. You are welcome to contact the corresponding author of the article, although we cannot guarantee a response. We do appreciate you taking time to write to us and thank you for the opportunity to look at your letter.

To the Reader, In Conclusion:

As we have seen, “The more things change, the more they stay the same.” These are the type of medical editors and medical politicians who pay lip service to the “free exchange of ideas” and “academic freedom” and who brazenly accused the U.S. Congress of legislating against science. In the case of The Lancet, its editors charged Congress with keeping “the USA ignorant of the true toll of its gun violence.” And in the case of JAMA, its editors accused Congress of “placing limits on science” and “suppressing research.”  Perhaps, they should look in a mirror. The medical editors are the censors, who are perverting science by limiting the free exchange of ideas and instead promoting junk science, based on expediency and political ideology. Congress acted correctly when in 1996 it restricted the bogus, faulty, self-serving gun (control) research conducted to reach predetermined conclusions — and saved taxpayer money in the process. — MAF

Miguel A. Faria, M.D., Associate Editor in Chief in socioeconomics, politics, medicine, and world affairs of Surgical Neurology International (SNI). He was appointed and served at the behest of President George W. Bush as member of the Injury Research Grant Review Committee of the Centers for Disease Control and Prevention (CDC), 2002-2005. His website is https://HaciendaPublishing.com

This article may be cited as Faria MA. Censorship: How the medical journals deny academic freedom. HaciendaPublishing.com. December 16, 2017. Available from: https://haciendapublishing.com/censorship-how-the-medical-journals-deny-academic-freedom-by-miguel-a-faria-md

This article was also published in The Macon Telegraph on December 15 and in Doctors for Responsible Gun Ownership (DRGO) December 19, 2017.