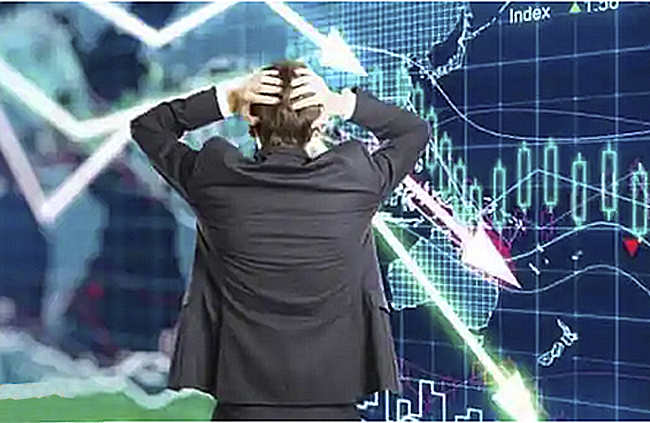 Welcome to the Recession, Thank You Democrats by Jeff Crouere

Economist Julius Shiskin coined one of the most popular definitions of recession in 1974. In his view, two consecutive economic quarters of negative gross domestic product (GDP) growth meant the country was in a recession.

Sadly, based on this description, America is on the verge of entering a recession. In the first quarter of 2022, our nation’s economy contracted by 1.5%. As we approach the end of the second quarter, the Federal Reserve Bank of Atlanta just estimated that there would be a 0% growth. If we fall just one tenth of a percent, it is officially a recession.

It certainly feels like the country is entering a recession. Inflation is at a forty-year high at 8.6%, as gasoline prices exceeded $5.00 per gallon this week, reaching historic records.

This troubling economic situation is leading to a 0.3% decline in consumer spending in May and a plunging level of consumer sentiment to an all-time low. This report has been conducted by the University of Michigan since 1952. The latest rating of 50.2 was significantly less than the previous record low of 51.7 recorded in May of 1980 during a deep recession. Of the consumers surveyed for the report, an astounding 46% blamed inflation for their negative economic outlook.

To combat inflation, the Federal Reserve raised its benchmark interest rate by .75%, the largest increase since 1994. While this move will hopefully quell inflation, it will result in higher mortgage rates, which will negatively impact the real estate industry.

It will also lead to higher interest rates on credit card debt, at a time when these unpaid balances are increasing. Since Americans are falling further behind economically and cannot pay their bills due to inflation and soaring prices for gasoline, more charges are being placed on credit cards.

There are even more economic problems such as supply chain issues that are still resulting from the aftermath of the pandemic. Shoppers are noticing that grocery store shelves are not full, as there have been shortages of important merchandise such as baby formula and feminine care products.

With a string of fires and accidents at food processing plants this year and reports of enormous numbers of deaths of cattle in Kansas due to the heat wave, the prospect of food shortages in the future cannot be disregarded.

The answer from President Joe Biden and members of his administration has been to focus on other issues such as the war in Ukraine, gun control, or the January 6th hearings. When the administration finally decided to discuss inflation and our economic woes, the answer was to double down on the “Green New Deal” rhetoric and encourage Americans to purchase electric vehicles. Of course, the problem is that electric vehicles are awfully expensive and there are not enough charging stations in the country.

Instead of allowing more drilling in the United States and restarting the Keystone XL pipeline, Biden has been releasing a disturbing amount of crude oil from our Strategic Petroleum Reserve (SPR). He plans to release one million barrels of oil per day for six months. In May, the SPR reported the lowest level since 1987 with 538 million barrels remaining.

Biden will be traveling to Saudi Arabia next month to supposedly discuss a range of issues, but, of course, the main reason is to plead with the authoritarian regime to increase their oil production. The irony of the visit is that Biden would prefer a country with limited environmental standards to drill for more oil, while rejecting increased drilling in the United States, the country with the best environmental standards in the world.

This week, Biden continued his self-defeating energy policies by blasting oil companies for not producing enough at their refineries. He threatened to take emergency action to force their output to increase.

In response, oil company executives encouraged Biden to stop hampering their ability to do business. Chevron lambasted the administration for imposing “obstacles to our industry delivering energy resources the world needs.”

The result is the economic catastrophe that the country is facing. When President Biden took office, the inflation rate was a very manageable 1.4%. Today, it is more than 600% higher, while wages have shown only modest growth.

On inauguration day 2021, the average price of gasoline in the country was only $2.39 per gallon. It has more than doubled in the seventeen months of the Biden administration. This skyrocketing price negatively impacts truckers, commuters and travelers looking to enjoy a summer vacation this year.

On the final day of the Trump administration, the country’s economy was coming back from the depths of the pandemic. Inflation and gasoline prices were low, interest rates were very manageable and steady job growth was occurring.

Unfortunately, Biden’s far-left economic policies included an “American Rescue Plan” that cost $1.9 trillion and was funded by printing money that added to our already staggering federal debt. This ill-advised legislation, along with the President’s “green” energy policies, combined to create the economic nightmare our country is facing. This agenda and not Vladimir Putin’s war in Ukraine is responsible for today’s horrible economic conditions.

The administration inherited a strong economic recovery but produced a recession. It was an avoidable economic catastrophe manufactured by President Joe Biden and the Democratic Party.