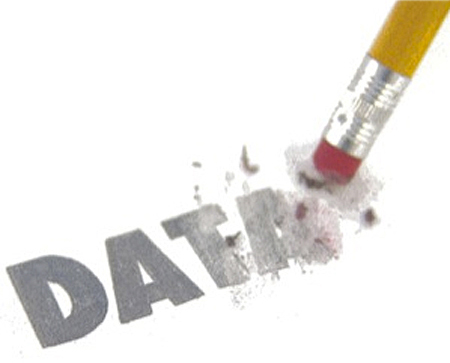 The 1991 American Medical Association (AMA) campaign against domestic violence (and towards gun control) launched for public relations and media consumption went hand in hand with a previously articulated (1979) U.S. Public Health Service objective of complete eradication of handguns in America, beginning with a 25% reduction in the national inventory by the year 2000!(1)

Despite the purported safeguards of peer-review and the imprimatur of the prestigious, mainstream medical journals, and the alleged claims to objectivity and impartiality by government-funded researchers in public health, particularly at the Centers for Disease Control and Prevention (CDC), the truth remains that gun (control) research and portrayal in the medical literature is biased and unreliable because sound scholarship has been abandoned for the allure of government money (grants), political expediency, and the ideology of public health researchers.(2-4)

Hard to believe that scientific and medical research has been perverted for political ideology! Let me cite the following statement by CDC official, Dr. Patrick O’Carroll as quoted in the Journal of the American Medical Association: ” ‘Bringing about gun control, which itself covers a variety of activities from registration to confiscation was not the specific reason for the section’s creation,’ O’Carroll says. ‘However, the facts themselves tend to make some form of regulation seem desirable,’ he says. ‘The way we’re going to do this is to systematically build a case that owning firearms causes death.’ “(5) Although, in a letter to the editor, O’Carroll later claimed he was misquoted, Dr. William C. Waters IV, Eastern Director of Doctors for Integrity in Policy Research (DIPR), points out that Dr. O’Carroll does not claim to be misquoted when in the same article, he blurted, “We are doing the most we can do, given the political realities.”(6)

Prejudice against gun ownership by ordinary citizens is pervasive in the public health community, even when they profess objectivity and integrity in their scientific research. Deborah Prothrow-Stith, dean of the Harvard School of Public Health in a moment of lucidity encapsulated in words (in a recent book) the typical attitude of her professional colleagues: “My own view on gun control is simple. I hate guns — and can not imagine why anybody would want to own one. If I had my way, guns for sport would be registered, and all other guns would be banned.”(7)

And Dr. Mark Rosenberg, Director of the CDC’s National Center for Injury Control and Prevention (NCIPC) in 1994 told The Washington Post: “We need to revolutionize the way we look at guns, like what we did with cigarettes. Now it [sic] is dirty, deadly, and banned.”(7)

A few public health officials like Dr. C. J. Peters, head of the CDC’s Special Pathogens Branch, have expressed concerns about the direction public health has taken and reported to the Pittsburgh Post-Gazette last year, in the midst of the controversy over taxpayer-funded gun (control) research, “The CDC has got to be careful that we don’t get into social issues.” And he added, “If we’re going to do that, we ought to start a center for social change. We should stay with medical issues.”(7)

Public health officials and CDC researchers conveniently neglect the fact that guns and bullets are inanimate objects which do not follow Koch’s Postulates of Pathogenicity* (time-proven, simple but logical, series of scientific steps carried out by medical investigators to definitively prove a microorganism is pathogenic and directly responsible for causing a particular disease), and they fail to recognize the importance of individual responsibility and moral conduct — viz, that behind every shooting there is a person pulling the trigger, and who should be held accountable. The portrayal of guns in the medical literature by the AMA/CDC/NCIPC establishment parallels the sensationalized violence in the mainstream media and exploits citizens’ understandable concern for domestic violence and rampant street crime, but does not reflect accurate, unbiased, and objective information that is needed for the formulation of optimum public policy.

Why would the AMA become involved in this politically-expedient but potentially explosive issue of gun control as a public health issue? The 1991 effort by the AMA to increase membership, although expensive, was highly unproductive. The AMA attempted to reverse the trend of dwindling membership and achieve at least a majority membership of American physicians, but it was utterly unsuccessful, barely keeping pace with its attrition rate and holding today to only a 38% barebones membership of American physicians, down from the 75% supermajority three decades earlier.

For this and other reasons, it has been said that the AMA today is an ineffective organization that no longer represents American physicians in the trenches of medical care, but tries to be all thing to all people — and invariably ends up pleasing no one. This tactic of launching a thinly-veiled gun control effort entwined with a highly visible campaign against domestic violence was (and remains) essentially a public relations ploy judged to be one sure way to get endless, politically-correct and praiseworthy publicity, attract membership, and thus score public relations points while ingratiating itself to the liberal media. It was (and remains) in the form of domestic violence a campaign launched for public relation consumption. The truth, sound scholarship, free inquiry, and the free flow and exchange of information be damned! And so, the doctors, following the lead of the AMA/CDC/NCIPC, also jumped onto and rode securely in the gun control bandwagon giving it an aura of respectability, but losing along the way their own respect and credibility, as the politically-correct bandwagon traveled down the slippery slope of censorship (of dissenting views), and the perversion of science and medicine.

Since 1985, the CDC has conducted and published in the mainstream medical journals, including The New England Journal of Medicine (NEJM) and AMA journals, dozens of articles all supporting stricter gun control policies. This biased and faulty research funded at taxpayers expense accelerated after the inception of the CDC’s National Center for Injury Prevention and Control (NCIPC). Why this faulty research and dissemination of this biased, unscientific information? In a comprehensive and widely discussed Tennessee Law Review article, “Guns and Public Health” (1995), criminologist and civil rights attorney, Don B. Kates and associates wrote: “Based on studies, and propelled by leadership from the Centers for Disease Control and Prevention (CDC), the objective has broadened so that it now includes banning and confiscation of all handguns, restrictive licensing of owners of other firearms and eventual elimination of all firearms from American life, excepting (perhaps) only a small elite of extremely wealthy collectors, hunters or target shooters. This is the case in many European countries.”(8)

So what is becoming clearly evident is that the AMA/CDC/NCIPC axis has a plan, albeit a flawed one, to accomplish a formidable task. Kates and associates write: “In this connection, the term ‘gun control’ needs some clarification. That term could mean no more than noncontroversial measures to prohibit gun misuse or gun possession by high risk groups. In the literature we are analyzing, however, ‘guns are not…inanimate objects, but in fact are a social ill,’ and controlling them implies wholesale confiscation from the general public so as to radically reduce gun availability to ordinary people.”(8)

As a neurosurgeon who has spent incalculable hours in the middle of the night treating neurological victims of gunshot wounds, I deplore the high level of violence, particularly the rampant crime in our inner cities — but we must have the moral courage to pursue the truth and find viable solutions through the use of unbiased, sound, scholarly research. Public health researchers have an obligation to write their conclusions based on objective data and scientific information rather than on ideology, emotionalism, political expediency, or budgetary considerations. These interrelated issues of ideology and budgetary considerations are reflected in the insatiable lust for ever-increasing funding extracted from the taxpayers by the government, and then given to these biased researchers by a willing, gun prohibitionist, statist administration, that ultimately believes a vigilant and armed populace is a threat to the supremacy of the state, and thus, seeks to disarm it. Frankly, I believe in Thomas Jefferson’s admonition: “When government fears the people there is liberty. When the people fear the government there is tyranny.”

In Part IV of this article, I will cite specific examples of the public health agenda for draconian gun control measures utilizing pseudo-science as the vehicle and culminating with the perversion of science and medicine.

* Koch’s Postulates: First, the germ must be found growing abundantly in every patient and every diseased tissue. Second, the germ must be isolated and grown in the laboratory. Third, the purified germ must cause the disease again in another host.

This article may be cited as: Faria MA. The Perversion of Science and Medicine (Part III): Public Health and Gun Control Research. Medical Sentinel 1997;2(3):81-82. Available from: https://haciendapublishing.com/the-perversion-of-science-and-medicine-part-iii-public-health-and-gun-control-research/