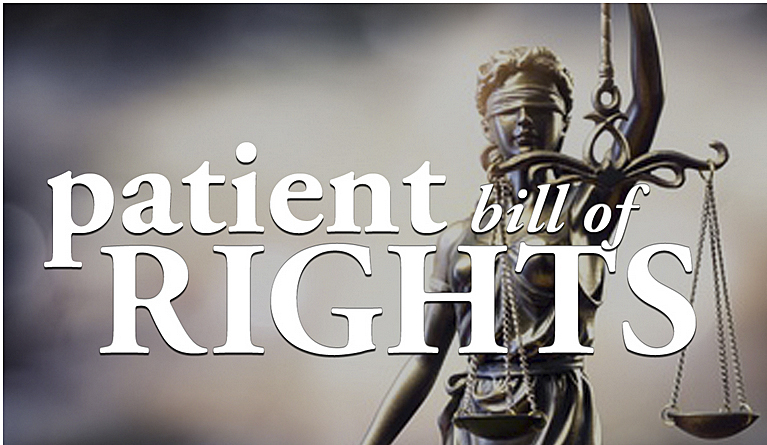 The Patients’ Bill of Rights — Thermopylae 2000? by Miguel A. Faria, MD

If and when the Patients’ Bill of Rights and managed care reform legislation comes out of conference committee, congressional Republicans are set to walk into a Democratic ambush this presidential year, the likes of which has not been seen since the dramatic battle at the ancient Pass of Thermopylae, the vital gateway to the heart of vulnerable Athenian democracy.(1) Another Republican debacle could have direful reverberations for the Congressional and Presidential elections of 2000. As things now stand, there are two versions of patient protection bills in Congress whose differences are to be reconciled in conference.

In other words, Congress must complete its unfinished business and that includes coming to terms with the Patients’ Bill of Rights health care legislation. The Senate passed the Republican version of this legislation, a version friendly to HMOs — which the president has already promised to veto it if it ever reaches his desk. The Democrats (and their moderate Republican allies), always mindful of focus groups and looking ahead beyond the ambush at the Pass, will insist on preserving the House proposals (friendly to the trial lawyers and more akin to the sentiments of Sen. Ted Kennedy (D-MA), the implacable enemy of private medical care and champion of socialized medicine). This is, unfortunately, the Norwood-Dingell bill.

The trap has already been set. While the Senate proposal includes provisions for a right of patients to an external appeal process for health care decisions and the obligatory mandates for health plans (such as guaranteed coverage of emergency services, point-of-service options, access to specialists, etc.), it does not provide the legal bonanza that the greatest financial contributors to the Democratic Party and the president, the plaintiff attorneys, covet most, and that is, allowing patients to freely sue employers and health plans for adverse health care decisions.

Unbeknownst to many pundits who should know better, the House proposal, the Norwood-Dingell bill, also enlarges the scope and powers of the federal government in health care. This proposal will impact all 160 million Americans who presently have health insurance coverage. The Republican leadership proposal passed by the Senate contains an external review option for patient grievances and limits itself to the 48 million Americans who are enrolled in the self-insured plans covered under ERISA (Employers Retirement Income Security Act). Thus, it does not affect those plans already regulated by the states. The House version affects everyone.

Unfortunately, as the unwary troops marching through the Pass, the House Republican leadership appears to have been outflanked (partly because of disunity within its ranks) by allowing itself to be implicitly placed in the untenable position of defending the right of managed care administrators, rather than physicians, to decide what is deemed “medically necessary,” and defending the indefensible — managed care as an invention of the invisible hand of the free market, which it is not. Managed care and HMOs were inventions of politicians and academicians acting as central planners working under the auspices of Republican President Richard Nixon and Democratic Sen. Ted Kennedy in the early 1970s. Under President Nixon’s policy of wage and price control, the Revised Health Manpower Act of 1971, essentially adopted HMOs as state policy and favored by tax laws. HMOs, like insurers, then used the 1946 McCarran-Ferguson Law to exempt themselves from anti-trust laws and the 1974 ERISA law, originally set up to protect employee pension funds in employer-provided health insurance plans, as an effective shield against medical liability lawsuits.

The new evolving, flexible ethics of managed care negate the Oath and ethics of Hippocrates that 1) obligate physicians to place the interest of their patients above cost considerations and the interest of third party payers, and 2) enjoin physicians to place the health of their individual patients above those of the collective, society, or the “greater good.”(2,3) Thus, Republicans should not defend the indefensible —the corporativist ethics of managed care — deluding themselves that they are defending the free market.Recent polls reveal that both patients and physicians are critical of HMOs with an 80 percent dissatisfaction rate.

Today, there might not be 300 courageous Spartans to buy time for the Athenian fleet (i.e., the few uncompromising Republicans who understand what is at stake). Unlike the heroic events at the ancient battle ground that decided the fate of Western civilization, the authoritarian Persian (Democrats), as in countless other times, will be joined by the usual suspects (moderate Republicans) who after checking their weather vanes will clamor, once again, for more “patient protection,” “universal coverage,” health care as a right, and more government, because of the alleged failures of the free market. They will not stop until managed care collapses and they saddle us with fully socialized medicine. For this purpose, you can expect the Democrats’ natural allies in the media to fan the flames of passion in the coming debate by applying the pincer strategy of simultaneous pressure from above and below in describing the abuses of managed care, on the one hand, and sensationalizing the plight of the uninsured, on the other. Never mind that the ranks of the uninsured have swollen because of government intervention in medicine, e.g., community rating, guaranteed coverage, all of which cause increase in insurance premiums and the consequent pricing out of families out of the insurance market, as in the case of the Kassebaum-Kennedy law, at the federal level, and New York and New Jersey at the state level.

Moreover, Robert Moffit, Ph.D., Director of Domestic Policy at The Heritage Foundation, believes the House-Senate conferees trying to craft the compromise bill could “fritter away time” until the congressional session comes to an end in early October. Then, as usual, they will panic and begin adding amendments directed at appeasing Clinton’s rhetoric for “caring and compassion.” Then, we may end up with more regulations, a greater bonanza for lawyers, prescription drugs for the elderly, and exemptions in the Sherman Antitrust Act so that doctors can join labor unions taking another step to turn organized medicine into a government union in anticipation of establishing a role for medicine in the long sought after single-payer system.

The Republicans would be wise to steer away from the treacherous Pass and avoid the political ambush, that is, defending managed care as an invention of the free market, and instead remain firm in their support for the expansion of MSAs and for establishing tax equity (i.e., with full deductibility of insurance premiums for individuals and ending the tax advantages of employer-based health insurance).(4) In other words, leveling the playing field for everyone and improving access via the free market.(4) Otherwise, they will be caught in the pincer strategy of defending “why they [Republicans] did not do anything for the American people” propounded by the administration and the Democrats, while at the same time, fending off organized medicine and consumer advocates clamoring for universal coverage (socialized medicine in stages). And so when the dust settles and the battle field is clear, it will be Themistocles and the defenders of freedom in medicine standing victorious at Salamis, and not Xerxes with those seeking to enslave us, taking another step towards placing the shackles of government medicine — single-payer, socialized medicine on our servile wrists.

Miguel A. Faria, Jr., M.D. is the Editor-in-Chief of the Medical Sentinel.

This article may be cited as: Faria MA. The Patients’ Bill of Rights — Thermopylae 2000? Medical Sentinel 2000;5(4):139-140. Available from: https://haciendapublishing.com/the-patients-bill-of-rights–thermopylae-2000-by-miguel-a-faria-md/.