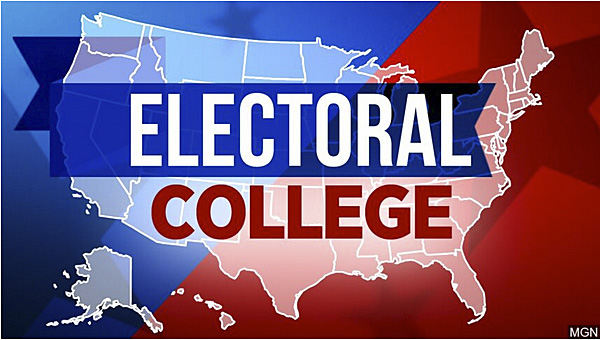 The Electoral College: Even More Important Now, Not Less

Senator-elect Hillary Rodham Clinton was correct when she said in Albany, New York, “I hope no one is ever in doubt again about whether their vote counts.” Indeed, citizens should make their votes count, but they also have a responsibility to become informed and vigilant in exercising that civic duty.

She is quite wrong, though, when she states the premise that “we are a very different country than we were 200 years ago,” and therefore she believes “strongly that in a democracy we should respect the will of the people and to me that means it’s time to do away with the Electoral College and move to the popular election of our president.” Perhaps as a response, a bipartisan, concomitant resolution has been offered for the House of Representatives in the next Congress.

First, it has been because of the wisdom of our Founders in establishing a representative Constitutional Republic, rather than a mass democracy, that this nation has been blessed with the freedom and prosperity that is the envy of the world. It’s precisely because of our constitution with its checks and balances, separation of powers, provisions for limited governance (with protection for individual rights), and (indirect) representation — including an Electoral College for the election of President and Vice President — that we have enjoyed fruits of political stability and economic prosperity, almost uninterruptedly, for 200 years.

Other types of government — “people’s republics,” social democracies, and dictatorships of majoritarian or oligarchical leanings — have come and gone, blown by the winds of instability, oppression and/or economic failures. Not so our great Constitutional Republic — it has grown strong, navigating steadily though rough seas while the governments of other nations wrecked and perished.

Our Founding Fathers chose an Electoral College process for our chief executives because of their vast knowledge of history, philosophic consideration, and almost instinctively, because they also understood unchanging human nature. Today, we should not forsake it because of the partisan, political considerations of the moment.

The function of the Electoral College is as important today as it was at its inception in Philadelphia in 1787 (that is, if we place fairness ahead of partisanship and demagoguery). The will of the American people is expressed through the Electoral College. What the latter additionally does, in fact, is make sure all Americans are more fairly heard both during the campaign and the election process.

The Electoral College vote is fairer to all citizens than popular election for several reasons. For instance, it’s more conducive to have the candidates campaign more equitably throughout the country — in rural areas as well as urban centers, smaller states as well as larger states — because not doing so may result in the candidates’ loss of an entire state and its electoral votes, rather than just losing small clusters of votes.

On the other hand, in the case of popular elections, more so than it is today, candidates would concentrate their campaigning in heavily urban areas because they can get more value for their time and money.

Another reason concerning fairness, even more acutely, is the occurrence of natural catastrophes, such as floods or hurricanes, which can depress disastrously the turnout of voters of a region of a state or several states. Yet, with the Electoral College, these voters are not penalized, because their states would still contribute the same number of electoral votes toward the election. This also illustrates the fact that, as our Founders intended, these United States are a confederation in which the states join together to elect the president and vice president of that confederation.

And as we have seen in Palm Beach County, Florida, very close elections may require recounts that may be nerve-wracking; with direct voting, this would also be worse. Instead of automatic recounts in a few precincts or counties, or one or two states, popular election would require even more recounting. This would be necessary in virtually all states with close counts, as the election would hinge on individual, direct ballots rather than state electoral votes. This in turn brings more dissension, divisiveness and opportunities for fraud and shenanigans, as has occurred in Palm Beach County.

In their wisdom and their appreciation of history (particularly their expressed knowledge of the events leading to the fall of Athenian democracy and the disintegration of the Roman Republic that degenerated into mobocracy), our Founders gave us a representative government, enshrined in a Constitutional Republic that has been resilient, enduring and tested. In a moment of acrimonious passion and partisanship, let us not discard, piecemeal, a precious gift, a sacred document that has served us well for over 200 years.

Miguel A. Faria Jr., M.D., is editor in chief, Medical Sentinel of the Association of American Physicians and Surgeons (AAPS), author of Vandals at the Gates of Medicine (1995) and Medical Warrior: Fighting Corporate Socialized Medicine (1997), and a frequent contributor to NewsMax.com. His Web site is haciendapub.com and that of AAPS is aapsonline.org.

This article may be cited as: Faria MA. The Electoral College: Even more important now, not less. HaciendaPublishing.com, November 13, 2000. Available from: https://haciendapublishing.com/the-electoral-college-even-more-important-now-not-less/