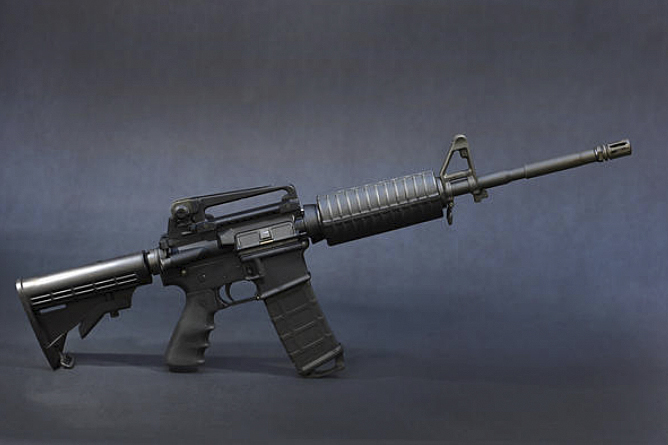 The Demonization of ‘Assault Weapons’ by Miguel A. Faria, MD

What are “assault weapons” and why are they being demonized? To begin with, the appellation “assault weapons” is a misnomer, a disparaging political not a proper military term. It was invented by Josh Sugarmann, a media-lionized gun control advocate, as a political term to demonize semiautomatic firearms that frequently have a military appearance but are not strictly speaking military weapons. Sugarmann had unsuccessfully tried to ban handguns as a member of the National Coalition to Ban Handguns. But in the early 1990s, he also moved onto bigger and better things — the demonization and banning of “assault weapons,” which unbeknownst to many apolitical hunters and gun enthusiasts, could very well include hunting rifles as well as some handguns and shotguns.

The term was taken up by the Democrats in Congress in anticipation of the Assault Weapons Ban of 1994 that was enacted into law and remained in effect until it lapsed in 2004. It was shown that the ban did not have an effect on crime or in preventing mass shooting incidents.

Undaunted the Democrats re-introduced the Assault Weapons Ban of 2012 that was wisely rejected by Congress. Had this ban been enacted, it would have proscribed over 50 percent of all firearms already lawfully possessed by Americans.

True, “assault weapons” may have high-capacity magazines, pistol-type grip to the stocks, and mean-looking external paramilitary appearance — characteristics that may also be included in hunting and recreational sporting rifles, handguns, and shotguns. But the fact remains that these firearms release one bullet with each pull of the trigger. They are not automatic weapons as implied by the media and gun control advocates.

Unlike “assault weapons,” assault rifles are true military weapons, fully automatic, capable of producing bursts of automatic fire and designed so that in war, they are more likely to wound than to kill, thus tying up more enemy troops and resources. On the other hand, as fully automatic weapons, assault rifles have been strictly regulated since passage of the National Firearm Act of 1934. They have little to do with “assault weapons,” except in appearance and the fact they are more likely to wound than to kill, as do hunting rifles. The mainstream media has contributed to the confusion in their drive to promote gun control, implying that the two types of firearms are one and the same — and they have been quite successful in the deception.

In the US v. Miller (1938) decision, the Second Amendment was interpreted as protecting an individual’s right “to keep and bear arms,” especially and explicitly, the ownership of military-style weapons, as “part of the ordinary military equipment.” And yet before he dropped from the circus of Democrat candidates for President, Beto O’ Rourke claimed that “there is no right to own a weapon of war.” He went on to say, “We wouldn’t allow you to have a bazooka or drive a tank down the street because those rightly belong in the battlefield and do not belong in our communities.”

In fact, in  the US v. Verdugo-Urquidez decision of 1990, the Supreme Court held that when the phrase, “the people” is used in the context of the Second Amendment, it means “individuals,” which of course implies individuals possessing and carrying small arms. Tanks and bazookas are not the small arms that citizens, as part of the militia (every citizen capable of bearing arms) would keep and bear for personal or collective defense. It can then be argued that while artillery and heavy ordnance are not protected by the Second Amendment, small arms — from handguns to military-style firearms, including “assault weapons” certainly are. So much for Beto’s straw man fallacious comparison.

We should also note that the duty of police officers is not to prevent crime, but to apprehend criminals and bring them to justice — after a crime has been committed. Contrary to popular belief, the police do not have a legal duty to protect the public against criminals. According to several court opinions including the 1982 ruling (Bowers v. DeVito), “There is no constitutional right to be protected by the state against being murdered by criminals or madmen. The constitution…does not require the federal government or the states to provide services, even so elementary a service as maintaining law and order.” When chaos reigns, “assault weapons” can be helpful in protecting our homes and family.

Nevertheless, the issue of the constitutionality of “assault weapons” has not been judicially settled. And these semi-automatic firearms with paramilitary appearance have been under attack at both the federal and state levels. Despite their usefulness for sport shooting as well as life-saving tools during natural catastrophes, urban unrest, and self-defense against multiple criminal assailants, these firearms have been so maligned that some courts have yet to rule favorably on their constitutionality.

Assault weapons in self-defense and as deterrents to crime

The fact that the role of “assault weapons” has not been judicially settled is a travesty because their hunting and sporting usage is widespread, not to mention their use for self and family protection can be life-saving. In November 1990, Brian Rigsby and his friend Tom Styer left their home in Atlanta, Georgia, and went camping near Oconee National Forest, not too far from where I live in rural Georgia. Suddenly, they were assaulted by two drug-crazed crack-heads who fired at them with 12-gauge shotguns seriously wounding Styer. Rigsby returned fire with a Ruger Mini-14, a semiautomatic weapon frequently characterized as an assault weapon. It saved his life and that of his wounded friend.

In January 1994, Travis Dean Neel was cited as citizen of the year in Houston, Texas. He had saved a police officer and helped the police arrest three dangerous criminals in a gunfight, street shooting incident. Neel had helped stop the potential mass shooters using once again a semiautomatic, so-called assault weapon with a high-capacity magazine. He provided cover for the police who otherwise were outgunned and would have been killed. What would have happened if these citizens did not have the “assault weapons” to save their lives from these mentally-deranged mass shooters or outright criminals?

In 1989 after Hurricane Hugo assailed the city of Charleston and surrounding coastal areas in South Carolina, Governor Carroll Campbell Jr. issued “shoot on sight” orders to the South Carolina National Guard. The authorities, in some cases assisted by armed citizens, deterred some of the thugs from looting. Likewise, in 1992, during the catastrophic Hurricane Andrew that devastated Florida, looting was limited because citizens used high-capacity magazine assault weapons — just as the Korean shopkeepers in Los Angeles did earlier that Spring of that same year, when they protected their property from the usual parasitic thugs roaming the land and capitalizing on the suffering of others.

Although assault weapons have been used in several heinous and notorious mass shooting incidents, it must be noted that less than 2% of homicides are mass shooting incidents and less than 2% of homicides are committed with “assault weapons.” Ordinary hunting rifles and handguns are used in the vast majority of firearm homicides and suicides. And as the aforementioned examples show, “assault weapons,” can be very useful for self, family and property protection, not only during natural disasters and civil unrest, but also when the police cannot (or are not willing to) protect us, during riots or assaults involving multiple assailants.

This article was originally published on GOPUSA.com on November 11, 2019 and on the Truth About Guns on November 14, 2019 and is reposted here for the enjoyment of our readers at HaciendaPublishing.com.

This article may be cited as: Faria MA. The Demonization of ‘Assault Weapons.’ HaciendaPublishing.com, November 13, 2019. Available from: https://haciendapublishing.com/the-demonization-of-assault-weapons-by-miguel-a-faria-md/