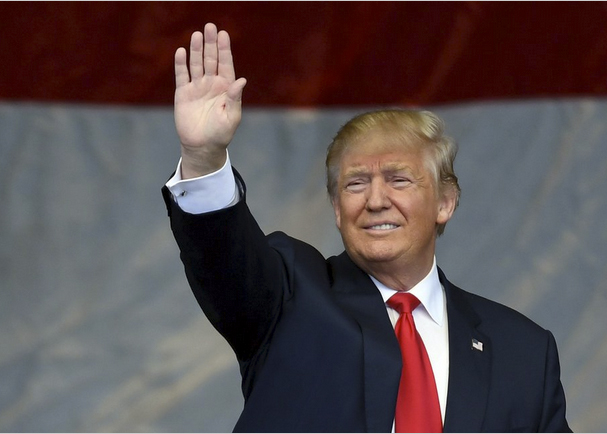 Random thoughts on the election of Donald Trump as President of the United States by James I. Ausman, MD, PhD

Trump called Alex Jones to thank him and his listeners for their support. It looks like the Counter Coup worked. But there has been no release of Hillary’s health record that I was expecting the weekend before the election.

I think all Americans are seeing for the first time the behavior of the Left, the Democrat Party, the Establishment, and the Media. They still do not understand why Trump was elected. It is total denial. Even Hillary and her crew are blaming FBI Director James Comey rather than themselves for the arrogance and incompetence, which was the real message of Wikileaks. Even Hillary still thinks she was not guilty of any crime from the substandard FBI investigation. Intent is not a requirement in her transgressions. Just having an unprotected government connected server in her home is enough to garner a felony charge. Obama lied (again) in saying he did not know about the server in her home until Wikileaks disclosed it, even though he apparently used that e-mail to contact her before he said that he knew about it. So, no doubt in the destroyed e-mails, Obama is also implicated. My guess is that Obama will pardon Clinton and her whole team, including himself!

There is some perplexity with the presidential power to grant immunity in certain situations but, in fact, Hillary and accomplices can be pardoned by the President, even though they have not been charged with the commission of a crime. Rudy Guiliani stated that Hillary and her cronies could be pardoned and that Obama could pardon himself, and those decisions are irrefutable. They are the prerogative of a President, according to Guiliani, himself a lawyer and former prosecutor. What do you think the result of that action will be in the public’s eyes?

Note that on December 3-4, Italy will vote on the reelection of its Prime Minister, Matteo Renzi, who supports Italy’s membership in the EU. However, the sentiment, according to reports, is that the Italians are 55% against his reelection, primarily from the 5 Star Movement (M5S) Party. That party, if it wins, will vote to pull Italy out of the EU and to go back to the Lira. Other countries are similarly unhappy with membership in the EU — for example Austria, Spain, Hungary, and France. If more countries follow the path of the United Kingdom, the EU will be destroyed, and the Euro will fail as will the banks which supported those countries and others. Asians banks and USA banks all support the lending, particularly from Deutsche Bank in Germany, which is basically in default. So, watch to see what happens. Those events can affect the USA.

Another huge factor in the countries leaving the EU is that the EU is forcing them to take a number of immigrants which they do not want to take. Hungary is one of those countries. So, the immigration problem is also a major factor in their leaving. What we are seeing in the Middle East and now Europe is a breaking up of artificial boundaries drawn up after WWI and WWII and the return to the ethnic tribal states of former times. This trend is Nationalism, the reverse of the Globalism militated by the New World Order (NWO) of the internationalists. Nationalism is also what Trump is asserting. I believe that Great Britain is experiencing the same with Ireland. The same trend is happening with Catalonia in Spain. It has already happened in Russia with Georgia and the Ukraine. This trend represents another form of the people wanting self-rule rather than succumbing to the NWO. Although not much is being written about this trend, it is happening before our eyes.

We are witnessing a revolution worldwide as I wrote some years ago in SNI starting with the Arab Spring. We just had a revolution of the same sorts in the USA with the election of Donald Trump in association with the preservation of GOP control in the House and Senate, as well as gubernatorial races. This is a grassroots movement of the people against the establishment. This revolution may be unstoppable by the usual politics or machinations of the NWO internationalists.

James I. Ausman, MD, PhD, is Professor of Neurosurgery at the University of Southern California in Los angeles (UCLA); Editor-in-Chief of Surgical Neurology International (SNI); President, Future Healthcare Strategies; Chairman of the Board, The Waymaster Corporation Productions‘ and Creator, Executive Producer, THE LEADING GEN® TV Series; and Contributor and Editor at Large, HaciendaPublishing.com. Dr. Ausman travels to all parts of the world teaching and lecturing.

This article may be cited as: Ausman, JI. Random thoughts on the election of Donald Trump as President of the United States. HaciendaPublishing.com, November 17, 2016. Available from: https://haciendapublishing.com/random-thoughts-on-the-election-of-donald-trump-as-president-of-the-united-states-by-james-i-ausman-md-phd/.