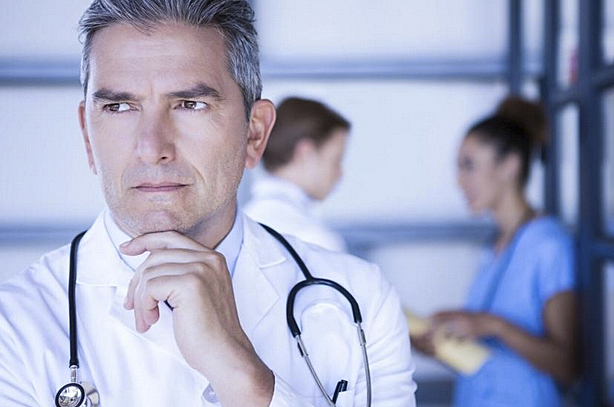 Physician Unions Not the Answer to Managed Care

As we reach Labor Day 2000, physicians and the public should wonder what has happened in the many months that have transpired since the AMA decided to form physician unions and thus aligned itself with the conglomeration of special interests of the left side of the political spectrum.

The American Medical Association has continued to lose members slowly while still drifting aimlessly in the ocean of political correctness. I hope the information that follows is instructive for physicians contemplating joining unions as well as other organizations that may want to follow the AMA’s unwise example.

One of President Ronald Reagan’s most memorable actions early in his first term of office was the firing of striking air traffic controllers en masse for violating federal labor laws. His actions were loudly applauded throughout the land.

Although managed care and HMOs have been hard on physician and patient autonomy, physicians experience its iniquities day in and day out and patients when they get sick or seriously ill. Frankly, physicians have been led (or rather, misled) by the leaders of organized medicine. These medical politicians caught up in the trappings of office have allowed the ethics of the profession to be transmogrified from the Oath and tradition of Hippocrates and individual-based ethics to the heavily government-regulated, collectivist corporate practice of medicine.

We know today that the large HMOs and managed care organizations (MCOs) are, whether for profit or not, health network megacorporations that are working under monopolistic government protection ­ cozy, anti-competitive relationships euphemistically denoted “partnerships.”(1) Nevertheless, suing them does not help sick patients who will die waiting and waiting while the wheels of litigation turn and grind slowly, but will provide another bonanza for the trial lawyers, the biggest beneficiaries of suing HMOs in the sue-for-profit litigation industry.

It is no secret that with the advent of managed care along with the transmutation of medical ethics there has been an erosion of the patient-doctor relationship and the sense of trust and benevolence that was the essence of this relationship.

Yet, organized medicine led by the AMA has replied to this serious threat posed by managed care to the ethical foundation of the profession with entirely pragmatic pronunciamientos and most significantly and erroneously by forming physician (labor) unions.(2)

Under siege, discouraged and demoralized, many physicians see no way out and have turned to the formation of unions. Many young physicians, particularly in California and Florida, have actually joined physician unions thinking it would protect them from the abuses of managed care and the exigencies of the corporate practice of medicine, telling themselves, “Lets fight fire with fire.” So they think. . . !

Already 14,000 to 20,000 physicians, including residents and interns, although still a relatively small number, have joined unions. But, besides the conflict with Hippocratic ethics, what can unions do for physicians?

Physicians contemplating this option should understand there is a big difference in what a union can do for them versus what it can do for salaried, blue-collar workers.

Doctors who are salaried employees of hospitals or public agencies “can by law engage in collective bargaining; that is negotiate wages, hours, benefits, and other contract terms like any other unions.”(3) They effectively function as a government-sanctioned trade union. These physicians, nevertheless, may one day be placed in a moral dilemma, for example, when the union calls a strike. Will these physicians refuse to care for their patients, joining the strike and abandoning those with whom they have established a patient-doctor relationship?

It goes without saying these actions would go against whatever remains of the grain of medicine practiced according to Hippocrates. I suppose a different case, though, could be made for physicians not involved in direct patient care as public health officers (advocates) or researchers.

However, for the self-employed physician, collective bargaining and striking are legally dangerous grounds to tread. Federal antitrust laws and the Federal Trade Commission (FTC) proscribe self-employed, independent physicians from collective bargaining because, like discussing fee schedules, it is considered collusion conducive to price fixing in the marketplace. Suffice to say, federal law, in effect, precludes physician unions from having the ability to build and flex their muscles, as is the case in their strictly labor or trade counterparts.

It should then be clear that like many other activities arrogated by the state, only the government via political posturing can decide who is more equal than others, particularly when it comes to labor relations and antitrust exemptions. Moreover, only the government reserves for itself the “right” to go into “public-private partnerships,” usually with cooperative businesses that willingly accept regulation, wage and price controls, global budgets, etc.

Ed Hirshfeld, vice president of health law at the AMA, has reportedly stated: “Physicians shouldnt develop a personal strategy for how they are going to adapt to the changing market by hoping they will be able to engage in collective bargaining.” Physicians may have misinterpreted press reports or not heard all of what Mr. Hirshfeld said, for he adds: “[Physicians] thought they could form a union like the steel workers, auto workers or mine workers, and its taking some time to get the word out that they can’t.”(3)

The mandates of the managed care organizations that control the flow of patients (and thus, potentially, physicians’ livelihood), coupled with the fear of government via the criminalization of medicine (i.e., prosecution of physicians allegedly charged with fraud and abuse because of coding errors committed while trying to follow the voluminous code books in billing), are causing rank-and-file physicians to become demoralized, leaving the profession early. So, its not surprising some are jumping ship thinking that to survive, they need to unionize. Yet, this course of action could potentially be a grave mistake.

For example, Florida state Rep. John Thrasher opines: “I don’t think somebody representing a bunch of physicians who formed a union would be well received when they lobby at the Florida State Capitol.”(3)

Once again, the AMA ship left port and is sailing into unchartered, treacherous waters. The official stand of the AMA is that although it recognizes the physician’s right to engage in collective bargaining, physicians should not withhold patient care and strike.(4) So the AMA policy of forming unions, like many others before it, is not written in stone and is subject to change — subject to the winds of the political expediency of the moment and the whim of public opinion.

What Doctors Can Do Instead

What can you really do? Obviously, put your patients first like the Association of American Physicians and Surgeons’ (AAPS) motto — Omnia pro aegroto! And, if you are already a member, make it a point to inform other colleagues about its existence and the services it offers to you and your patients. Busy as you may be, alert other physicians that you do not have to capitulate.

Suffice to say, the issue of whether physicians survive as a profession based on the tradition of Hippocrates and respected as independent practitioners or become a government-controlled trade union would be decided in the next few years.

AAPS does not compromise principles or the tenets of Hippocrates for the political expediency of the moment or a vacuous seat at the table.

3. Walpert, B. Doctors look to the union label for salvation. Are they setting themselves up for another disappointment? Physicians Practice Digest, July/August 1997, p. 23-26.

Miguel A. Faria Jr., M.D., is editor in chief, Medical Sentinel of the Association of American Physicians and Surgeons (AAPS), and author of “Vandals at the Gates of Medicine” (1995) and “Medical Warrior: Fighting Corporate Socialized Medicine” (1997). Web site: HaciendaPublishing.com.

This article may be cited as: Faria MA. Physician Unions Not the Answer to Managed Care. NewsMax.com, September 2, 2000. Available from: https://haciendapublishing.com/physician-unions-not-the-answer-to-managed-care/.