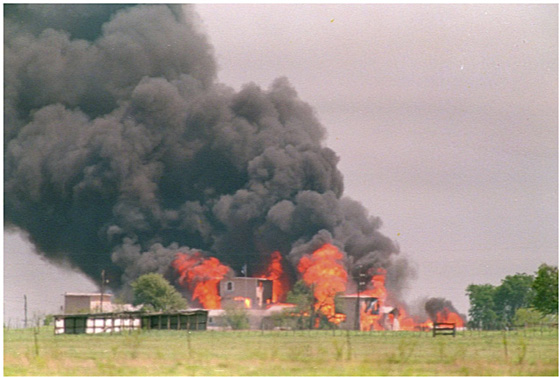 No More Wacos and Waco: Rules of Engagement — Book and Film Review

No free man shall be taken or imprisoned or dispossessed, or outlawed, or banished, or in any way destroyed, nor will we go upon him, nor send upon him, except by the legal judgement of his peers or by the law of the land. Magna Carta, par. 39

No More Wacos: What’s Wrong With Federal Law Enforcement and How to Fix It by David B. Kopel and Paul H. Blackman

You’re probably wondering what these titles are doing in a medical review section. Unfortunately, government is an increasing presence in medicine as this issue of the Medical Sentinel graphically illustrates. And the federal, as well as state government, has increasingly, because of politics, become our adversary. This adversarial relationship can be illuminated by studying a non-medical branch of the federal government. The quasi-medical branches, such as Medicare, and State Medical Boards, are essentially run by lawyers, administrators, and a coterie of police officers. Their medical directors are generally in an advisory role and have little administrative control. Hence, they have very limited ability to protect us from governmental intrusion and elimination of basic principles of freedom.

In No More Wacos, Kopel and Blackman use their expertise in law and criminology to meticulously outline the evidence in Waco, Ruby Ridge, and dozens of other cases of over-zealous police activity by several branches of the government including the Federal Bureau of Investigation (FBI) and the Bureau of Alcohol, Tobacco, and Firearms (BATF). Many chapters have between 100 to 300 references documenting the victims were not a threat to society. Each incident forces us to rethink the role of federal law enforcement agencies and the risks that their enormous powers pose to individual rights, judicial authority, and arrest procedures in the name of public safety. Increasingly, there is no safety issue. Kopel and Blackman, in addition to the chapter by chapter documentation, give us a 10-page bibliography for books, videos, audio tapes, and WEB sites related to these issues for further research.

Waco: The Rules of Engagement by Dan Gifford, Amy Gifford, and William Gazecki

A new film, recently released on video, Waco: The Rules of Engagement, produced by Dan Gifford, an alumnus of PBS’s MacNeil-Lehrer Newshour and CNN, his wife, Amy Sommer Gifford, and veteran documentary maker, William Gazecki, was nominated for an Academy Award in the documentary category. This 137-minute film with a million-dollar budget (about what a network spends on one sitcom episode) is not a polemical amateur film but an engaging, professional production which relies heavily on interviews, on-the-scene footage, and Congressional testimony. Siskel and Ebert gave it a “Two Thumbs Up!”

The most devastating part of the film is the surveillance tape made by the FBI from a plane equipped with Forward Looking Infrared Radar [FLIR] technology. The producers, backed by outside experts, convincingly show that the flashes on the film come from automatic weapons wielded by the FBI fire teams. This hard evidence supports the assertion of experts that FBI snipers, posted at the rear of the Mount Carmel compound, out of the media’s sight, fired into the building through its single rear exit door during the final siege to prevent the people within from fleeing to safety. If true, the government and media assertion of a mass suicide becomes an out-and-out multiple homicide. Why was it necessary for the government to kill some 82 men and women, including 25 children at Waco? Remember, at the time, the media erroneously and the government deceitfully claimed this was mass suicide, and the public acquiesced. Now, this book and documentary together demonstrate culpability of the government and the rogue “law enforcement” agencies involved, the BATF and FBI “hostage rescue” team.

A subsequent interview with Sheriff Jack Harwell indicates he had dealt amicably with David Koresh and his Davidians for years. He stated, “We had a bunch of women, children, elderly people, they were all good, good people. I was around them quite a bit. They were always nice, married, they minded their own business, they were never overbearing.” Although Harwell had heard rumors, nonetheless, “To this day, we don’t have a case that we can make against Koresh or anyone else for child abuse.” Although we may not understand apocalyptic religious fervor, the video shows Koresh leading an intense Bible study with passion, even while the officers are firing at his home.

Dr. Alan Stone, professor of psychiatry and law at Harvard, was one of 10 experts retained by the Justice Department to review the FBI’s performance. His paper was so harsh that the Department of Justice did not include it in its initial formal review. Stone thought the FBI’s tactics were doomed to failure. He says in Rules of Engagement, “When I started looking into this…I thought that the problem would be in fathoming the psychology inside the compounds…but the psychology of the people outside the compound was more important…to an understanding of what happened.”

Don’t dismiss the question of government abuse out of hand, as this issue of the Medical Sentinel illustrates. This is already happening in medicine:

A physician was arrested by university police and handcuffed for the temerity of cleaning out his desk when the university HMO fired him. Our own AAPS newsletter reported that Dr. Danny Westmoreland of West Virginia suffered from an armed raid during which agents pointed guns at patients and the doctor’s nine-year-old son before the judge dismissed the case as “outrageous” after two years of legal abuse. With guns drawn, four Medical Licensing Board agents arrested a mild-mannered internist, handcuffed him, ripped his license off the wall, and marched him through his own waiting room while another contingent of MB police officers broke into his home and arrested his wife in her underclothing, allegedly with guns drawn. Even if there was cause, a matronly grandmother could have accomplished the same result without the need to resort to police violence. An official letter would also have sufficed.

The retaliation documented against physicians and non-violent citizens made me rethink even writing this review. All of us can become felons with the fraud and abuse provisions of the Kassebaum-Kennedy Bill already enacted into law and whatever form the AMA’s and HCFA’s E&M guidelines ultimately take. As this issue goes to press, unless our sole remaining advocate, the AAPS, is successful in protecting us from this veritable police state of medicine, authorities can call us guilty whenever they like. If AAPS is not successful, any of the newly dispatched 450 FBI agents may one day descend on doctor offices — perhaps your very own — with weapons ready to be drawn.

Kopel and Blackman made over 100 recommendations, one of which is to demilitarize federal law enforcement. All citizens, including physicians, need to read No More Wacos and view WACO: Rules of Engagement to grasp how tenuous his own practice, family, and life can be, if targeted. And like the Branch Davidians, it seems physicians have become a targeted minority. I can assure you, it will then be difficult to think we still live in a free society.

As Alexis De Tocqueville wrote, “America is great because America is good, and if America ever ceased to be good, America will cease to be great.”

This article was originally published in the Medical Sentinel, July/August 1998, p. 151-152. Copyright ©1998 American Association of Physicians and Surgeons (AAPS).