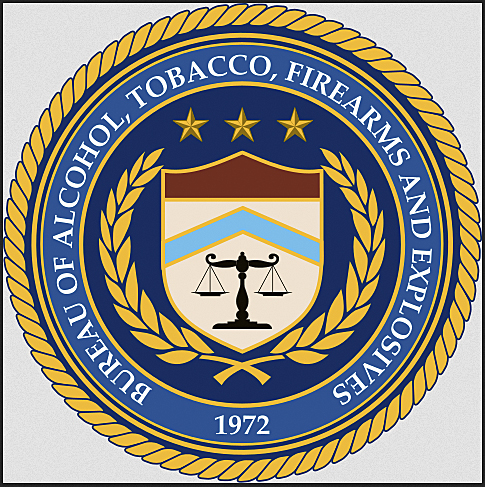 As more details emerge about the Bureau of Alcohol, Tobacco, and Firearm’s (ATF, formerly BATF) gunrunning shenanigans, the more incredible the revelations become. Unfortunately, they are true!

And don’t hold your breath waiting for the mainstream media to report this news and place their imprimatur on yet another strange episode in the annals of corrupt government. The media opinion cartel molders are waiting for this storm to blow over, hoping to protect President Obama and his Attorney General Eric Holder from a looming scandal!

We are referring to the ATF’s “Project Gunrunner” now known as “Operation Fast and Furious.” And, it is proving the aphorism that very frequently facts are stranger than fiction. Yes, ATF received $10 million in taxpayers’ money from Obama’s 2009 American Reinvestment and Recovery Act (aka “the Stimulus Bill”) to protect the border. Instead, ATF used the money to buy and procure weapons to be transferred illegally to Mexican drug lords — talk about the proverbial fox guarding the hen house!

The revelations have come to light thanks to the ever-vigilant Larry Pratt, President of Gun Owners of America (GOA):

“We can say there’s one thing that was stimulated by the stimulus bill and that was the Mexican undertaker business. Mexican authorities say that 150 people were murdered using these guns.”

American citizens have also been killed in the border by activity in part funded and facilitated by the ATF’s corruption and illegality. Probably, we would not have known about this had not a US Border Patrol Agent, Brian Terry, been murdered in 2010 with two guns found at the scene. These guns were traced and found, according to CNSNews, to have been “purposely sold to gun traffickers in a program hatched by the Obama Administration.”

According to GOA, the scandal was revealed through an FBI informant who was investigating the ATF’s “Operation Fast and Furious”; the ATF agents “had no idea that he was an FBI informant.”

Confirmation of what really went on has been provided by the recent capture of the third highest-ranking member of the drug gang, Los Zetas, by Mexican authorities. Under arrest, Jesus Aguilar, El Mamito (“loved boy”), admitted they were buying guns directly from ATF agents.

What is the purpose of this criminal duplicity? “The Obama Administration, according to ATF agents who blew the whistle on the illegal plot, intended to use statistics concerning U.S. guns in Mexico to call for more stringent gun control,” GOA reported.

Yes, to blame it on “easy gun availability” and provide “evidence” for the need for more gun control in the U.S. Even Mexican officials, taking the hint from the Obama administration, have blamed their inherent corruption, gang slayings, drug wars, and utter chaos on “too many guns” in the U.S.!

U.S. Congressman Allen West (R-FL) has called for the Attorney General’s resignation, but — like the mainstream media’s (non)reporting of this scandal — don’t hold your breath waiting for that to happen!

Several ATF whistleblowers have come forth testifying that acting ATF Director Kenneth Melson approved the procurement and transfer of hundreds of AK-47 semi-auto, assault weapons and sniper rifles for the drug lords in Mexico. Melson’s defense is that he was ordered to do so by the Department of Justice (DOJ); in other words, the orders had to come from Obama’s Attorney General, Eric Holder!

In fact, Congressman Darrell Issa, Chairman of the House Oversight and Government Reform Committee, believes the operation goes higher in the chain of command. And to make matters more difficult for Attorney General Holder, Melson has not been willing to play the fall guy and resign. Instead he has reportedly stated that he is more than willing to testify in front of Congress, but alleges that the DOJ has not allowed him to do so. Where are mainstream media investigative journalists? Where are the journalism hounds that didn’t let go of their prey during Watergate and brought down a president and an administration — but wait, that was a Republican president!

Congressman Issa has been diligently investigating this scandal stating that as a result of Operation Fast and Furious “2,000 AK-47s and derivatives and some 50-caliber sniper rifles and 10,000 or more rounds of live ammunition went into the arsenals of the Mexican drug lords.”

When one considers that AK-47s and 50-caliber sniper rifles are exactly the types of “assault weapons” the president and the Attorney General are including in the assault weapons ban they want to reinstitute because of unrest on our southern border — the cynicism and hypocrisy of the administration are beyond comprehension!

Have you contacted your congressman yet? It is time to shut down this corrupt government agency.

Miguel A. Faria, Jr., M.D testified in 1996 before a U.S. Congressional Committee regarding the misuse of science and taxpayer funding in gun (control) research. He is a former Clinical Professor of Surgery (Neurosurgery, ret.) and Adjunct Professor of Medical History (ret.) Mercer University School of Medicine; Former member Editorial Board of Surgical Neurology (2004-2010); Ex member of the Injury Research Grant Review Committee (later known as the Initial Review Group [IRG]) of the Centers for Disease Control and Prevention (CDC) 2002-05; Founder and former Editor-in-Chief of the Medical Sentinel (1996-2002); author, Vandals at the Gates of Medicine (1995), Medical Warrior: Fighting Corporate Socialized Medicine (1997), and Cuba in Revolution: Escape From a Lost Paradise (2002).