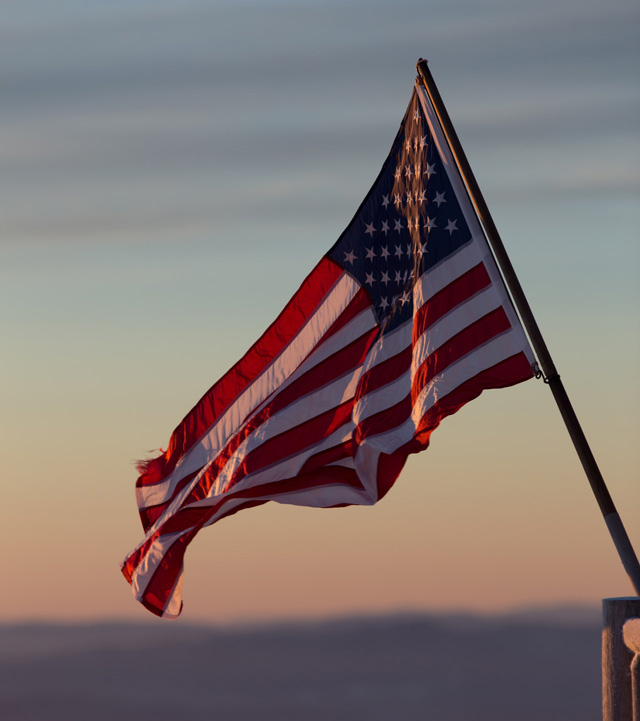 With some conservatives in virtual hysterics over the rollout of former President Trump’s Operation Warp Speed and still resisting life-saving vaccines, it’s no wonder that Chinese President Xi Jinping must feel he is in the driving seat of the “Great Reset” and the transformation of the world order.

The U.S.-based anti-vaccine “resistance movement,” which claims the vaccines are more dangerous than the virus, is just what China needs to escape blame for the deaths of millions.

We are usually accustomed to Iran’s rulers proclaiming, “Death to America,” but it’s the new Iranian partner, Communist China, that is doing the real dirty work. The two nations signed a 25-year agreement of “comprehensive cooperation,” laying the groundwork for major changes in the Middle East that threaten Israel’s survival.

Conservative websites are full of scare stories about the vaccines, when the new vaccine technology endorsed by Trump holds out the hope of defeating this dangerous super-virus and finally returning our nation to a period of normalcy.

Some are suspicious of the new vaccine technology, but technology is advancing in many different areas. A new technology for developing vaccines is simply one advance in the world of science and human health that holds great promise for the American people. In a different area, thanks to Trump, Chinese company Huawei’s emerging dominance of emerging 5G telecommunications technology was reversed.

Opposition to advances in science and technology which can benefit Americans constitutes a modern form of the Luddite mentality, at a time when scientific superiority is an absolute must for national survival

The anti-technology resistance, represented in the past by such fanatics as the Unabomber, Ted Kaczynski, oppose progress and will make America further dependent on China. These opponents of progress are mostly on the left, as they oppose oil and gas technology that is made in America and instead worship Mother Earth, but they are also on the right and take the view that anything and everything that comes out of Big Pharma is harmful to human health. Yet it is a demonstrable fact that many drugs have saved lives and extended the human lifespan.

If America listens to these modern Luddites, we will certainly lose to China in the technology race.

What is lacking in some cases is what Trump did with American companies when he directed them to develop an anti-China virus vaccine to save American lives.

Former White House trade adviser Peter Navarro, who did the film, “Death by China,” before he joined the Trump Administration, says with satisfaction that “The father of the [coronavirus] vaccine is Donald J. Trump.” Cutting through bureaucracy and regulations, he had predicted the U.S. would move in “Trump time” to have the vaccines quickly. He and the president were proven correct. It was a magnificent achievement.

But some naysayers don’t want to give Trump credit.

The Trump supporters who have now turned on his signature achievement — vaccines in record time — fail to come to grips with the fact that the vast majority of conservative Republicans fighting for the freedom to choose on this issue nevertheless endorse taking the vaccine. Trump knows more than most about the dangers of this virus, having contracted it. Later, he got the vaccine as a back-up.

One columnist praised Florida Governor Ron DeSantis for banning vaccine passports without noting that he has fully endorsed the use of the vaccines and has in fact pioneered their use on the elderly population in his state.

Sensational claims about the vaccines being used for purposes of “genocide” and depopulation make no sense either, by virtue of the fact that the small nation of Israel, which came into being after the Holocaust, is leading the world in vaccinations.

Israeli Prime Minister Benjamin Netanyahu, who has spent most of his life fighting terrorism and protecting Israel’s existence as a nation-state, was described by a Pfizer executive as “obsessive” in his determination to save his nation from the China virus. Referring to Netanyahu, Pfizer CEO Albert Bourla was quoted by the Times of Israel as saying “He called me 30 times,” in order to obtain the Pfizer vaccine.

Interestingly, Bourla is the Greek-born son of Holocaust survivors.

The effort was so successful that Netanyahu proclaimed that the vaccine brought Israel “back to life” after so much pain, death, and suffering from the virus.

Recognizing the same thing can happen to America, evangelist Franklin Graham did indeed support the vaccines. He cites the story of the Good Samaritan who helps others, in the modern version, by getting vaccinated and preventing the spread of the disease. His Samaritan’s Purse organization has partnered with local entities in North Carolina to vaccinate 3,500 people.

Pastor John Hagee of Cornerstone Church in San Antonio, a leading supporter of Israel, was infected with the coronavirus last year and has now taken the vaccine. A spokesman said, “Pastor Hagee himself is taking the vaccine. Pastor Hagee believes in both the power of prayer and modern medicine. These are not mutually exclusive.”

At the same time, Hagee is warning, “Our world is being restructured, leaving God out of the picture. The coronavirus changed America forever.”

We can recognize the dangers of China and other political figures manipulating the circumstances surrounding the control of the disease while acknowledging it is a killer, whose death toll is now more than 2.8 million (with a U.S. death toll above 556,000).

Endtime Ministries founder Irvin Baxter passed away “with complications from Covid-19,” his organization said last November. His book, The China War and the Third Temple, was a novel about a war between Communist China and the United States that produced “plague and global disaster.” In the Bible this is referred to as the Pale Horse of the Apocalypse.

My own book, The Sword of Revolution and the Communist Apocalypse, predicted China’s leadership role in the global communist revolution

As people debate the meaning of the Book of Revelation, including the four horsemen of the apocalypse, Charisma Magazine has run an article noting that Pastor Greg Laurie of Harvest Christian Fellowship in Riverside, California, has given his opinion. He got the disease and has dismissed claims that the vaccine is somehow the biblical mark of the beast and heralds the appearance of the anti-Christ.

If anyone has pretensions of being an “anti-Christ,” it is Chinese President Xi Jinping, as America’s leaders continue to dawdle in the face of Chinese aggression, genocide against Muslims, and mass murder using the China virus against the entire population of the world. He seems confident that his regime will overcome the campaign to move the 2022 Winter Olympics out from China.

The “depopulation” scheme is already underway, as China mows down innocent people with a virus that most assuredly came out of a Wuhan lab and that many people fail to resist by taking life-saving vaccines to protect their families and friends.

This article may be cited as: Kincaid C. China’s Death to America Plan. HaciendaPublishing.com, April 18, 2021. Available from: https://haciendapublishing.com/chinas-death-to-america-plan-by-cliff-kincaid/