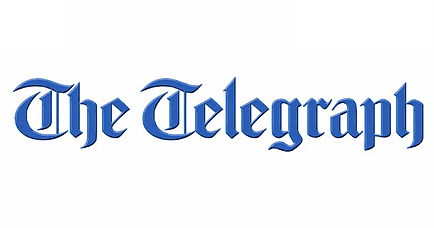 ‘Back When We Were Negroes’ by Charles E. Richardson

There was a time until the early 1960s when the terms to describe those of African decent, like me — African-American or Black or Afro-American — were almost unheard of.

I remember a distinct conversation with a friend discussing descriptive terms for ourselves in 1963 or ’64. The term “black” was just coming into vogue and he didn’t like it one bit. “Call me a Negro,” he said, “but don’t call me black.”

Now, the word “Negro” (publications used a lower case “n”) has almost become a pejorative, so I was a little surprised when my pastor, the Rev. Willie Reid, used it during Thursday’s revival. “Back when we were Negroes,” he said, and listed several things that were different about black life in America back then.

That got me to thinking. Back when we were Negroes in the 1950s, “only 9 percent of black families with children were headed by a single parent,” according to “The Black Family: 40 Years of Lies” by Kay Hymowitz. “Black children had a 52 percent chance of living with both their biological parents until age 17. In 1959, “only 2 percent of black children were reared in households in which the mother never married.” But now that we’re African-Americans, according to Hymowitz, those odds of living with both parents had “dwindled to a mere 6 percent” by the mid-1980s. And check this, in Bibb County, more than 70 percent of the births in the African-American community are to single mothers.

Back when we were Negroes and still fighting in many parts of the country for the right to vote, we couldn’t wait for the polls to open. We knew our friends, family and acquaintances had died getting us the ballot. Dogs and fire hoses were used to keep us away and still we came. But now that we’re African-Americans, in a city of 47,000 registered — predominately black voters — more than 30,000 didn’t show up at the polls July 19.

Back when we were Negroes, we had names like Joshua, Aaron, Paul, Esther, Melba, Cynthia and Ida. Now that we are African Americans, our names are bastardized versions of alcohol from Chivas to Tequila to C(S)hardonney. And chances the names have an unusual spelling.

Back when we were Negroes, according to the Trust For America’s Health’s “F as in Fat,” report, “only four states had diabetes rates above 6 percent. … The hypertension rates in 37 states about 20 years ago were more than 20 percent.”

Now that we’re African-Americans, that report shows, “every state has a hypertension rate of more than 20 percent, with nine more than 30 percent. Forty-three states have diabetes rates of more than 7 percent, and 32 have rates above 8 percent. Adult obesity rates for blacks topped 40 percent in 15 states, 35 percent in 35 states and 30 percent in 42 states and Washington, D.C.

Back when we were Negroes, the one-room church was the community center that everyone used. Now that we’re African-Americans, our churches have lavish — compared to back-in-the-day churches — community centers that usually sit empty because the last thing the new church wants to do is invite the community in.

Back when we were Negroes, we didn’t have to be convinced that education was the key that opened the lock of success, but now that we’re African-Americans, more than 50 percent of our children fail to graduate high school. In Bibb County last year, the system had a dropout rate of 53,4 percent.

Back when we were Negroes, the last thing a young woman wanted to look like was a harlot and a young man a thug, but now that we’re African-Americans, many of our young girls dress like hootchie mamas and our young boys imitate penitentiary custom and wear their pants below the butt line.

If I could reverse all of the above by trading the term “African-American” for “Negro,” what do you think I’d do?

Charles E. Richardson is The Telegraph’s editorial page editor. He can be reached at (478) 744-4342 or via e-mail at crichardson@macon.com.

This article may be cited as: Richardson CE. Back when we were Negroes. Macon Telegraph. July 31, 2011. Available from: https://haciendapublishing.com/back-when-we-were-negroes-by-charles-e-richardson/