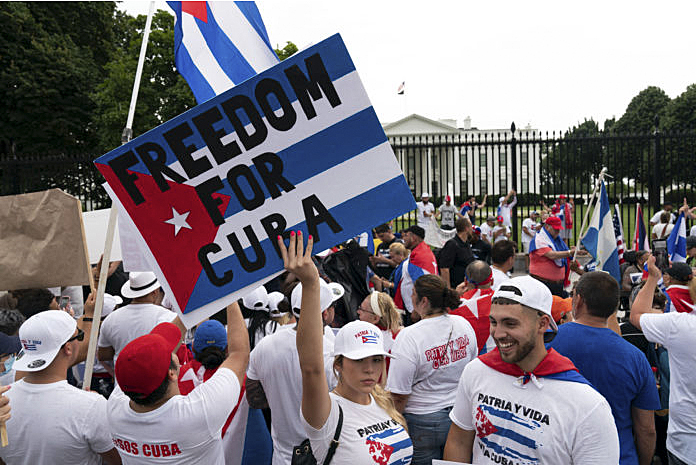 An Armed Populace is the Bulwark of Liberty by Miguel A. Faria, MD

Civilian disarmament is not only harmful to one’s freedom and potentially deadly to one’s existence, but also counterproductive in achieving safety. This has been further attested by Professor Rudy J. Rummel in his monumental book, Death by Government, and by the French scholar Stéphane Courtois and his associates in their magnificent tome, The Black Book of Communism. These books make it clear that authoritarian governments that limit their citizens’ freedom and proscribe them from owning guns are always dangerous to liberty. . .and to the health of their populations.

During the 20th century, more than 100 million people were exterminated by their own repressive governments, police states bent on destroying liberty and building communism, socialism, collectivism, and other worker utopias that turned out to be hells on Earth.

The myths that the public health establishment peddles — guns increase violent crime, and America is more violent than other nations — have been easily rebutted by numerous investigators who have exposed the phony statistics and biased selection data.  Not to mention the fact that more unarmed people during the twentieth century have been exterminated by their own totalitarian governments than by war.

It has also become clear that guns save lives and that draconian gun control laws have almost always preceded genocide or mass murder of the people in what Professor Rummel called democide.

While the United States and Switzerland have more guns per capita than any of the other developed countries, they also have been very effective historically in preserving their freedom and independence. Even Japan, a country that has embraced democracy and Western mores in many ways, still has the centuries‑old tradition of subordination of individualism to the state, and the collective. Japanese citizens have less personal freedom than those of Switzerland where individualism is paramount, and all Swiss adult males are considered part of the militia and are permitted to keep their service rifles at home.

As David Kopel has pointed out, Japan may have a low crime rate, but citizens live in a virtual authoritarian state where the police keep full dossiers on every citizen, and “twice a year, each Japanese homeowner gets a visit from the local police to update files” on every aspect of the citizen’s home life.

Switzerland, on the other hand, a small, landlocked country, stood up against the Nazi threat during World War II because each and every male was an armed and free citizen. (The Swiss republic was the “Sister‑Republick” that the American Founding Fathers admired.)

Nazi Germany could have overwhelmed Switzerland, but the price was deemed too steep for the German high command. Instead, the Nazi juggernaut trampled over Belgium, Luxembourg, Holland, Norway, and other countries, and avoided the armed Swiss nation, the “porcupine,” which was prepared for war and its military was ready to die rather than surrender.

As to what an armed population, such as those of the original 13 American colonies, did to obtain their independence is a well‑known story. Suffice to say, that the shot heard round the world was precipitated when the British attempted to seize the arms depot at Concord and disarm the American militia at Lexington in the colony of Massachusetts.

As to what an armed population can do to prevent the overthrow of their government by oppressive, communist movements, I recommend Larry Pratt’s excellent little tome, Armed People Victorious. Pratt is Executive Director Emeritus of Gun Owners of America (GOA).

Armed People Victorious vividly recounts stories of how two countries, teetering on the brink of disaster and as dissimilar as Guatemala and the Philippines, turned defeat into victory when the governments recognized that allowing and encouraging the people to form armed militias to protect themselves, their families, and their villages from communist insurgents in the 1980s, helped to preserve their freedom.

Why is this so important to ordinary Americans? First, because we are all citizens with rights as well as civic duties. We should understand the historical importance of attaining freedom and the constitutional necessity of preserving it.

Public health officials and researchers of “gun violence” have an obligation to reach their conclusions based on objective data, historical experience and scientific information, rather than ideology, emotionalism, expediency, or partisan politics. After all, the lessons of history sagaciously reveal that whenever and wherever science and medicine have been subordinated to the state — and individual freedom has been crushed by tyranny — the results for medical science, public health and society at large, have been as perverse as they have been disastrous.

The barbarity of Nazi doctors and Soviet and Cuban psychiatrists have amply demonstrated this. Beyond the abolition of freedom and dignity, the perversion of science and medicine becomes a vehicle for the imposition of slavery and totalitarianism.

Miguel A. Faria, M.D. is Associate Editor in Chief in socioeconomics, politics, medicine, and world affairs of Surgical Neurology International (SNI). Clinical Professor of Surgery (Neurosurgery, ret.) and Adjunct Professor of Medical History (ret.) Mercer University School of Medicine. Author of Cuba in Revolution: Escape From a Lost Paradise (2002).  This article is excerpted, updated, and edited from his book, America, Guns, and Freedom: A Journey Into Politics and the Public Health & Gun Control Movements (2019).

This article may be cited as: Faria MA. An Armed Populace is the Bulwark of Liberty. The Truth About Guns, August 1, 2021. Available from: https://haciendapublishing.com/an-armed-populace-is-the-bulwark-of-liberty-by-miguel-a-faria-md/.

1 thought on “An Armed Populace is the Bulwark of Liberty by Miguel A. Faria, MD”