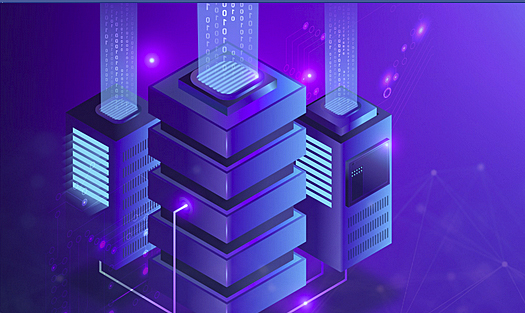 The Data Bank in Big Brother’s Scheme of Things

Government is not reason, it is not eloquence—it is force. Like fire, it is a dangerous servant and a fearful master; never, for a moment, should it be left to irresponsible action.

I began to wage war against the National Practitioners Data Bank (the “Data Bank” or NPDB) as soon as the mechanics, meaning, and implications of its existence became clear. I wrote a scathing editorial* outlining my objections, predictions, and suggestions.(1) Now, as events have unfolded, I am sorry to note the predictions have proven to be inauspiciously correct and many of the suggestions unhappily have not been (and are not being) heeded. What is more, it is becoming crystal clear that big government—Big Brother—does not intend to sever this abominable entity, but plans to expand the Data Bank’s role in their own war against medical practitioners, using it as an instrument of fear and intimidation.

There is no evidence whatsoever that the Data Bank has fulfilled (or contributed significantly to) any of its originally stated missions: To encourage peer review; impede unscrupulous, unethical, or incompetent physicians from moving from states (where they have been disciplined) to others where their disciplining actions are not known and where they may establish new medical practices unhindered; or to enhance the overall quality of health care delivery. Yet, confidential data on physicians continues to accumulate within the authoritarian confines of the Data Bank; while Big Brother’s surveillance and information-gathering capabilities have grown exponentially and ominously via the activities of this entity.

From the time the Data Bank became operational on September 1, 1990 to February of 1991, it had filed approximately 12,000 pieces of information concomitant with over 300,000 requests (or queries) for information.(2) By August 31, 1991 (the first year of operation), the intrusive repository had jumped up to a whopping 781,247 requests (averaging 3000 queries/day) and had collected 18,561 adverse action and malpractice payouts which were irrevocably and permanently filed. A total of 85% of the entries, in fact, were malpractice payments. By April 30, 1993, a new record had been reached with 2,233,061 queries.(3) Today, the entity contains information on approximately 13,000 physicians and other health practitioners “who have been sued for malpractice or disciplined by a state medical licensing board.”(4) Yet, Big Brother has failed to demonstrate to anyone’s satisfaction that the Data Bank has succeeded in any of its purported objectives.

I continue to believe that this abominable entity should be dismantled for a variety of reasons. I will elaborate on my previous objections as follows:

• The Data Bank is discriminatory because no other profession is subjected (or deliberately singled out) to such mandated blacklisting. The medical profession remains the most scrutinized and regulated profession in America.(5-9) Nevertheless, I now believe, after witnessing the further growth of the regulatory bureaucracy and the police powers of the state, that in due time, other professions and trades will inevitably follow down this same authoritarian path.

Even within the medical profession itself, the Data Bank is discriminatory because some specialties such as Orthopedics, General Surgery, Obstetrics, and Neurosurgery are disproportionately affected because of the high-risk nature of those specialties.

• The Data Bank violates the civil rights of physicians because practitioners have little or no recourse to redress their grievances. A recent report proclaims, “physicians have been given the chance to get their side of the story permanently on record without filing a formal dispute.”(9) The naked reality is that not only have physicians been denied the presumption of being innocent until proven guilty, before being permanently filed (and defiled) in the Data Bank, but also strict limits have been placed on their purported defense. The written defense “can be no more than 600 characters, including punctuation and spacing—or about 85 to 100 words.”(9)

• The Data Bank violates due process and the equal protection of the law clauses of the Fifth and Fourteenth Amendments to the U.S. Constitution that should protect American physicians as U.S. citizens. The Data Bank cannot guarantee (even with electronic storing, retrieval, and responding to queries) that the information obtained will be used for its intended purpose or that such information will remain confidential. All 50 states have freedom of information acts that make access to these files a possibility. Erroneous release of information resulting in deleterious effects upon the professional life of a physician is no longer an unlikely or remote possibility; it has already happened.(10)

Moreover, disputed or inaccurate information can result in a permanent blot on the physician’s reputation in an otherwise unblemished and caring career. Simply stated, the Data Bank remains a government-mandated instrument of intimidation with the resultant oppressive national blacklisting of physicians.

• The Data Bank has neither improved the quality of health care delivery and the patient-doctor relationship, nor has it improved the image of physicians in the eyes of the public. Now more than ever, physicians are reluctant to participate in peer review, not only because of antitrust provisions unrelated to the Data Bank, but also because they are aware that their quality assurance activities may result in the irretrievable loss of a colleague’s reputation…and permanent filing in the Data Bank. In fact, peer review activities decreased by 10% immediately following its inception in 1990, amidst the understandable fear of the Data Bank provisions and anticipated consequences of its implementation.(11)

Like defensive medicine, the Data Bank has contributed to the siege mentality and adversarial climate in which physicians practice today, supplying additional evidence that indeed we are under attack by third-party payers, Medicare-sanctioning bureaucrats, self-styled medical ethicists, and particularly, attorney-litigators and government health care policymakers—the latter already bent on taking over medical care.

• The Data Bank is inherently unfair for at least two reasons. First, maloccurrences prior to its implementation were included in the files. Second, some physicians were more equal than others and were exempted, such as those in the VA hospital system and the Department of Defense, which conveniently chose not to participate.(12)

• The Data Bank is an unnecessary waste of resources. Besides adding to health care costs per se, it fans the fire of defensive medicine, one of the greatest contributors to escalating health care costs. Moreover, I have been told by hospital administrators that they do not get the information they need, and often, the information they do get is irrelevant.(1,8,11) Yet, plaintiffs’ attorneys can query the Data Bank if they can prove that hospitals are not complying with this act (that is, mandated querying for new or renewing applicants). What is even more embarrassing for the Data Bank proponents is that state licensing boards, recognizing the inadequacies and superfluity of data, and the additional costs incurred through its use, have shown little interest in the Data Bank’s repository. In the first two years, less than half of the boards “had requested information, accounting for less than 0.1% of all queries.”(7) Yet, these were the disciplining agencies that supposedly most needed the data!

In 1991 and 1992, experts predicted that the Data Bank would collapse under its own weight. Some of us were not so sure, and we pushed (apparently not hard enough) to shove it over the precipice of extinction.(13) Unfortunately, the push at the national level by the American Medical Association (AMA) was not of the same vigorous intensity as that of ours at the state level, and today, the abominable entity is alive and well—and thriving.

While the delegates to the AMA House of Delegates were pressing for abolition, the Board of Trustees of the AMA opted “to pursue vigorous remedial action to correct all operational problems with the NPDB.”(14) Moreover, it recommended that “small claim payments, less than $30,000, no longer be reported to the NPDB.”(14) These insufficient proposals, needless to say, were too timid and too vacuous to force the odious entity down the precipitous cliff.  Suffice to say, the AMA leadership was playing softball when government bureaucrats were playing hardball.

And yes, self-styled consumer advocates and their allies are likewise playing hardball on this uneven playing field. For instance, Dr. Sidney Wolfe of the Public Citizen Health Research Group (an organization founded by attorney Ralph Nader) has long advocated a fully open Data Bank with unrestricted access for the public.(9) Answering the call, Congressman Ron Wyden (D-OR) introduced a bill to open the NPDB to the public, “all adverse actions would be reported to the public through free, semiannual booklets distributed to public libraries.”(7) In tandem with the Health Security Act of 1993, which calls for opening the Data Bank for “repeat offenders,” the Wyden proposal would disclose practitioners with “two or more incidents”—a sort of “two strikes and you are out” proposition tailored for physicians.**

In 1991, regarding the Public Citizen Health Research Group, I wrote: “Among other things, this group is also advocating consumer access to the Data Bank purportedly to determine ‘how often a doctor is sued for malpractice.’ This is absurd. They want access to all privileged information on file. Unless we physicians stand up and fight for our rights, we will see the usurpation of whatever remains of our constitutional due process.”(1)

Moreover, under Congressman Wyden’s proposal, the state licensing boards would be required to query the Data Bank before granting or renewing licenses, and even report license denials. “Board officials [State Medical Boards] claim the federal repository duplicates their own data collection and, at $10 a shot, regular queries would be too costly for the underfunded boards.”(7)

Needless to say, with the incarnation of the Data Bank we have in place an unconstitutional entity demanding regulatory overkill for physicians; we have in place an authoritarian bureaucracy creating more red tape while ominously usurping individual liberties, and needlessly squandering money at taxpayers’ expense.

To the partial credit of the AMA, the latest proposal to open records in the Data Bank to the public has finally drawn criticism from the organization. AMA trustee, Thomas R. Reardon M.D., has pointed out, “Even when a doctor is innocent of any wrongdoing, malpractice settlements occur in order to save the greater expense of a trial….These settlements are reported to the Data Bank as if the physicians had done something wrong.”(7) The AMA opposes releasing malpractice information through the Data Bank. But this stance, obviously, will not be of itself enough to effect what is truly appropriate: outright, immediate abolition.

As things now stand, the Data Bank threatens to remain another instrument of intimidation fitting nicely in Big Brother’s scheme of things: the much touted provider waste, fraud, and abuse that needs to be stamped out to solve the “crisis.” Physicians need to oppose the NPDB, not only on practical and economic grounds but also on principle; and to work more vigorously to effect the fall, to shove this aberration once and for all down the precipice of extinction.

* The contents of this editorial, materialized as a strongly worded resolution, aroused considerable discussion at the Medical Association of Georgia (MAG) House of Delegates in the 1991 and 1992 sessions. The final resolved read as follows: “RESOLVED, that MAG take immediate action through legislative avenues to seek the repeal of The Data Bank, as violating the civil liberties of American physicians.”

** The bill authorizes public access to all adverse actions and to malpractice payment reports for practitioners with two or more incidents; and requires medical boards to report license denials, not just revocations and suspensions. All adverse actions would be reported to the public through free booklets distributed semi-annually to public libraries.

This article, which originally appeared in the September 1994 issue of the Journal of the Medical Association of Georgia as Dr. Faria’s “Editor’s Corner,” was subsequently updated and re-published as Chapter 9 in Medical Warrior: Fighting Corporate Socialized Medicine (1997). It has been posted here and is now accessible on this website for the benefit of our readers.