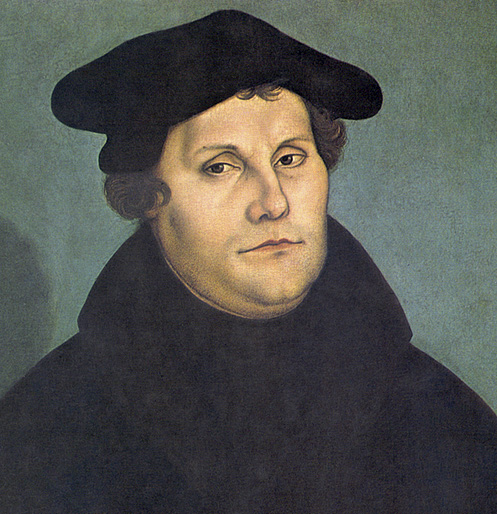 Martin Luther, the Sale of Indulgences, and the Reformation

The Sale of Indulgences

A few words are in order regarding the Sale of Indulgences that Martin Luther so much decried. The clergy were authorized by the Catholic Church to absolve penitents from the guilt of his sins and from punishment in the hellish inferno of the hereafter, but it did not absolve them from doing penance on earth. We must remember that the substitution of monetary fines for punishment of a crime was a well established practice in secular European courts in the Middle Ages. The Catholic Church was following coeval practices.

By making a monetary contribution to the church, a penitent would receive a partial indulgence not to commit further sins, while at the same time, diminishing the time period that he/she was to suffer in PURGATORY for remission of his sins. Most people do not understand that an indulgence did not cancel sins. Only a priest during a confession session could absolve a truly repentant penitent.

The best source I have found to understand this much maligned concept is Will Durant’s The Story of Civilization, The Reformation: “An Indulgence, therefore, was the remission, by the church, of part or all of the temporal (i.e., not eternal) penalties incurred by sins whose guilt had been forgiven in the sacrament of penitence.”

For those who are not familiar with Will Durant, he was a former priest who lost his faith and became a superb historian and scholar. If anything, in later life, he was most influenced by Baruch Spinoza, the French philosophes, and the rationalism of the Enlightenment. I have read his complete, 12-volume series, The Story of Civilization, not once but twice. I detect between the lines that try as he might, he could not quite completely discard his Catholic learning and teaching. And so, in particular I recommend, Durant’s “Epilogue in Elysium” between Voltaire and Pope Benedict XIV. It is a magnificent intellectual exchange!

Some further thoughts on the Reformation…

The problem began with the obvious and what everybody knows, Martin Luther’s objections to the Church doctrine on the sale of indulgences and the Holy See’s spiritual power to remit sins, which Luther vehemently opposed when he nailed his 95 Theses on the door of the formidable Castle Church at Wittenberg on November 1, 1517. But there was also Luther’s own spiritual crisis, doubts about his own salvation,  the belief that inner faith alone, without the performance of good works, was all that is necessary to attain salvation (i.e., Justification by Faith). He ended up condemning priest celibacy, holy pilgrimages, the veneration of saints and sacred images, and the doctrine of infallibility of popes and general church councils.  Luther also jettisoned the old sacramental rites, except baptism and the eucharist.

A few years later he would defend the sacrament of the eucharist from the attack of another reformer at the Colloquy of Marburg (1529), by which he hoped to bring unity to the reformers, instead, it only sharpened his differences with Zwingli and the other dissenters. On the eucharist, Luther continued to insist in the literal interpretation of transubstantiation, while Zwingli insisted that it was only a symbolic, metaphorical ritual.

Let us also  consider the troubling matter of economics. There was much wealth moving from the thriving Germanic north, now just beginning their Renaissance, to the Italian south, Rome. This transfer of wealth was highly resented. And so, in addition to theological arguments, Luther provided the northern Germanic principalities, led by princes, dukes, bishops, and other Electors, with an effective weapon to staunch this loss of wealth going on pilgrimages down south, used among other things to build St Peter’s Cathedral, numerous churches, and generally adorn Rome and Italy with architectural and artistic beauties that awed the devout Christian pilgrims then and enchant the secular tourists today!

There was also the issue of marriage and celibacy: Luther was soon ready to get married and work for a living. He married a 26-year-old ex-Cistercian nun and settled into a more comfortable existence and a large family. Truth be known, the meandering celibate and sometimes mendicant monks in Spain, Italy, and France were also highly resented by those in the northern European countries, who had developed their own work ethic and wanted their own clergy to marry, have families, and work for a living.

Luther had been protected by the Elector of Saxony, Frederic III, and soon the Reformation was fought by the secular German principalities, but Luther remained in touch with the German nobility who had supported him. And so when the issue of the bigamous marriage of Philip of Hesse came up, Luther and his right hand man, Phillip Melanchthon gave their consent. Obstinacy and the exigencies of the moment, on the part of Pope Clement VII (1523-1534), had resulted in a bitter dispute and the conflict of the Reformation reaching the British Isles in 1527.

And this brings us to the matter of Henry VIII, King of England, who was initially the Defender of the Faith (Catholic) against Luther and the Reformation. But once he found that he could not obtain an annulment or a papal dispensation to divorce his wife, Catherine of Aragon,  the aunt of Charles V Holy Roman Emperor, he began to have second thoughts about remaining a faithful defender of the Catholic faith.

And so, when King Henry VIII also discovered that he could make a lot of money for himself and his nobility by seizing and confiscating the land and property of the Catholic Church in England, and at the same time divorce his wife who had not provided him with an heir, he jumped on the bandwagon of the “Reformation.” He became a “Protestant” as well, and acquired a new, sprightly young wife, Anne Boleyn, who he, not long after, had beheaded for imaginary and concocted sins and “treason.” By 1534, Henry VIII had the English Parliament pass the Act of Supremacy that established the Church of England as the religion of the realm and completed the formal dissolution of the remaining  ties to the Catholic church.

Henry VIII ended up with six wives, two of whom he had executed. He also ended up immensely rich from all the stolen property and land taken from the Catholic churches and monasteries in the realm. If there was ever one king who needed beheading, it was this porcine monarch, Henry VIII (another was King Philip” the Fair” of France, but that’s for another lesson). Henry VIII established the Church of England, the Anglican Church, and made it the official state religion of England. It was in reference to this established state religion that the American Founding Fathers framed the First Amendment to the U.S. Constitution, not as a separation of church and state, but as “Congress shall make no law respecting an establishment of religion, or prohibiting the free exercise thereof.”

The article can be cited as: Faria MA. Martin Luther, the Sale of Indulgences, and the Reformation. HaciendaPublishing.com, November 25, 2011. Available from: https://haciendapublishing.com/martin-luther-the-sale-of-indulgences-and-the-reformation/.