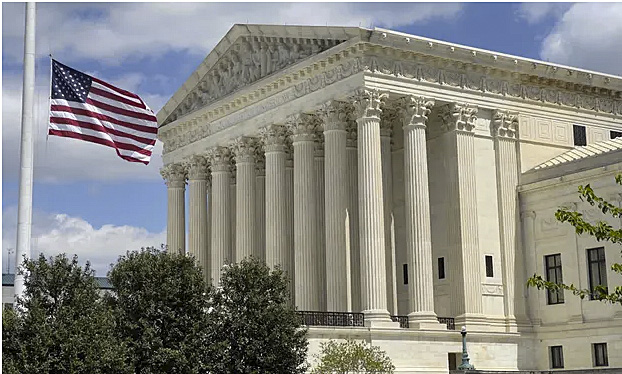 In an article earlier this summer Dan Zimmerman, editor of The Truth About Guns (TTAG), opined that the Supreme Court had been neither denying nor granting certiorari in Second Amendment cases. He wrote:

“Ten gun rights-related cases are still awaiting a determination by the Supreme Court. The cases involve everything from ‘may issue’ carry permits to banning ‘assault weapons’ to the interstate sales of handguns. After the New York State Rifle & Pistol Association case was declared moot by the Court, gun rights supporters have had high hopes that the Justices would grant cert to one or more of these for consideration next term. But that hasn’t happened.”

Many of us agreed at the time with the four conservative justices judgment of holding off on the SCOTUS making any Second Amendment rulings — very likely because of the unreliability and unpredictability of Chief Justice John Roberts, who has transformed himself into a flip-flopping liberal in an attempt to keep the Supreme Court “apolitical.”

But this may change sooner than we expect with the death of Justice Ruth Bader Ginsberg. Trump has vowed to proceed with the nomination of a new justice, a woman; and Senator Mitch McConnell has likewise vowed to proceed with a vote on the Senate floor as soon as possible. Two fantastic women with incredible legal credentials are said to be at the top of the list of nominees, Judges Amy Coney Barrett and Barbara Lagoa.

I think conservatives and constitutionalists in general and Second Amendment proponents in particular would be happy to see either one of those women on the high court.

Trump and the GOP leadership want to move toward nominating and confirming the nominee without delay, before Election Day on November 3 or during the lame-duck session.

But as I write these words, a great brouhaha has ensued as the Democrats with their allies in the mainstream media want to hold off on filling the vacancy until after the election. Obviously, they have shown that is not what they would do if they themselves held the Presidency and the Senate. It was Democrat Senate leader Harry Reid who changed the rules to allow for speedy confirmation of judges by allowing simple majority vote for Circuit Court nominees. Of course, at that time the rule favored the Democrats. Justice Ginsburg herself was nominated and confirmed within 42 days. So there is no reason why this process should not proceed without delay.

Democrats and their minions have responded with their usual tactics, intimidation and even the threat of violence. House Speaker Nancy Pelosi has threatened to recommence impeachment proceedings against Trump, if he moves forward with the nomination. Radicals have threatened to shut down the country and presumably recommence rioting, looting, and burning.

But I think radicals have worn out the patience of the American people, who have had enough of “mostly peaceful” protests that by in-large have turned out to be not so peaceful, but rather violent and destructive.

More than 5 million guns have been purchased since the inception of the George Floyd riots, mostly by new gun owners who want to protect their homes  and their families — since the Democrats, who run most of the major cities where a lot of the crimes have been committed, have failed to protect local citizens and their businesses.

With either Barrett or Lagoa, SCOTUS should be able to deal with the outstanding Second Amendment issues that have been disturbingly ignored. It is time SCOTUS rules that the right to keep and bear arm is valid outside the home — in the streets, whether concealed or open carry — as well as the constitutionality of so-called “assault weapons,” which are semiautomatic firearms that only look paramilitary. These firearms are used for sport shooting, hunting, as well as self-defense, not to mention the primary reason the founders inserted the Second Amendment in the Bill of Rights — namely, to provide a most important obstacle to tyrannical government. I say, let’s move full steam ahead with the SCOTUS nomination and confirmation process!

This article may be cited as: Faria MA. Let’s Open SCOTUS For Second Amendment Business! HaciendaPublishing.com, September 22, 2020. Available from: https://haciendapublishing.com/lets-open-scotus-for-second-amendment-business-by-miguel-a-faria-md/.